It’s Eid, so naturally all our social media timelines and newsfeeds are flooded with earnest Eid Mubaraks, followed more often than not, by witty one-liners about biryani or sheer khurma. No harm in that, of course. Food, as our country has unfortunately witnessed in the last couple of years, can be a powerful dividing force, driving deep wedges between people, as well as the glue that binds people and cultures together.

Displays of secularism on social media can serve an important purpose. It is heartening to see the ‘Eid Mubarak’ greeting pop up again and again on one’s feed, at a time when political clout is being grossly and openly misused to sow and water the seeds of suspicion between people belonging to different faiths; and where fostering a vile ‘othering’ sentiment for people who pray to a different god or eat food that we don’t, and inciting violence against these so-called others has become common.

It is reassuring to know that not everyone has lost their heads to the madness that is on proud, and without compunctions, on display when self-appointed saviours of Hinduism discourage those around them from helping the desperately-in-need, flood-affected people of Kerala — all because the state didn’t ban beef or vote for the prime minister’s party. India needs more of its secular everyman and woman to speak up and make their voices be heard, if we are to have any hope of stopping this rapid descend into the hellfires of religious fundamentalism. 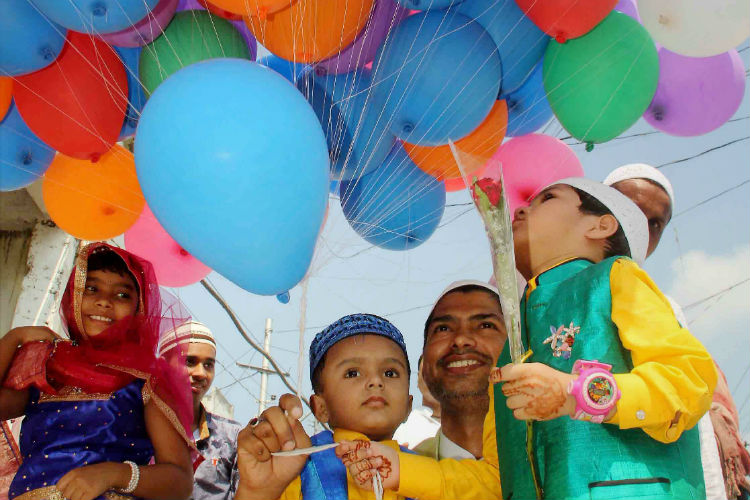 Secularism needs its champions, but in ways that go beyond posturing on social media. It needs champions that reject, examine, and overwrite stereotypes and biases they may have absorbed, even if subconsciously, from a lifetime in a deeply Islamophobic country and world.

1) Everyone wants to support a Hindu-Muslim couple, as long as it’s not in their own family or homes. If the thought of an offspring, sibling, or close relative with a Muslim partner fills you with dread and shame because samaaj, society, rishtedaar, and the forever oscillating Damocles sword that is log kya kahenge, ask yourself how secular you really are.

2) Taking off from the previous point, everyone wants to support a Hindu-Muslim couple, as long as they’re not one half of it. I have well-educated, secular, outspoken friends who routinely swipe left on potential romantic interests simply because being with a Muslim person is unthinkable to them, even if they are otherwise okay to date people from other faiths. So the question is, what is so inherently unsettling about being romantically involved with a Muslim person, but not people from other religions?

3) If your sympathy for the marginalisation of Muslim people extends only to the ones who look ‘normal’ — read: those that don’t wear caps, have a beard, wear abayas, burqas, ridas, etc — while harbouring some degree of suspicion or unspoken discomfort for those that ‘look’ Muslim, it’s time to ask yourself if you might involuntarily be a closet racist, while also examining what it is that you’re really uncomfortable about.

4) If you nurse a quiet resentment over the intrusiveness of mosques using loudspeakers for azaan or to offer namaaz, but are able to easily take in your stride the cacophony of Ganesh Chaturthi, Navratri, Gokulashthami, Durga Puja, Diwali, etc. your problem is not really noise, but discrimination.

5) So many among us will never say it in polite society, but in private justify our belief in the regressiveness of Islam due to the existence of triple talaq and multiple wives, while at the same cloaking the practice of dowry among Hindus by calling it ‘gifts’ to the bride from her parents. If you’ve found yourself criticising (as it should) the problematic relationship between Islam and women’s rights, but never bothered to turn the probing light on your own, are you making a case for women, or against Islam?

In our current sociopolitical environment, the bar for secularism is as low as not being inclined to rush onto the roads to lynch people for eating something you find abhorrent, or not asking Muslim people to leave the(ir) country and go to Pakistan if they have a problem with the way they’re being treated by the Hindu majority. But it needs to be higher. We need to hold ourselves to a higher standard. Secularism — the real kind — is when you don’t flinch at the thought of going to the part of your city largely populated by Muslims, when you visit your Muslim friends’ houses with as much ease as you would a friend from your own, or any other religion, when you consciously disentangle yourself from a machinery that makes renting or buying property a living hell for Muslims, and when you’re able to call the violence perpetuated by zealots in your own religion by its proper name — terrorism — instead of demonising Islam as the only faith in the world responsible for it.

But sure, let’s start with Eid Mubarak.