The Chaitra-Navratri festival that marks the Hindu New Year, began on April 6 and will go on till April 14. During the festival, a temple in Bihar forbids women to enter its premises. Located in Ghosrawan village near Nalanda, the Ashapuri temple doesn’t allow women to enter the Garba Griha—the sanctum sanctorum—and are allowed only after the Navami Puja rituals.

Though women are allowed to listen to devotional songs, they can’t step inside as “Tantrik rituals may not suit women”. According to priests, the tantriks are unable to concentrate on their meditation in the presence of women and those women who violate restrictions are prone to suffer from “unpleasant accidents”. Purendra Upadhyay, the head priest of the temple, told HT,

“It’s an age-old tradition and people here have been following it over the generations. Worship by women is prohibited during Navaratra.” 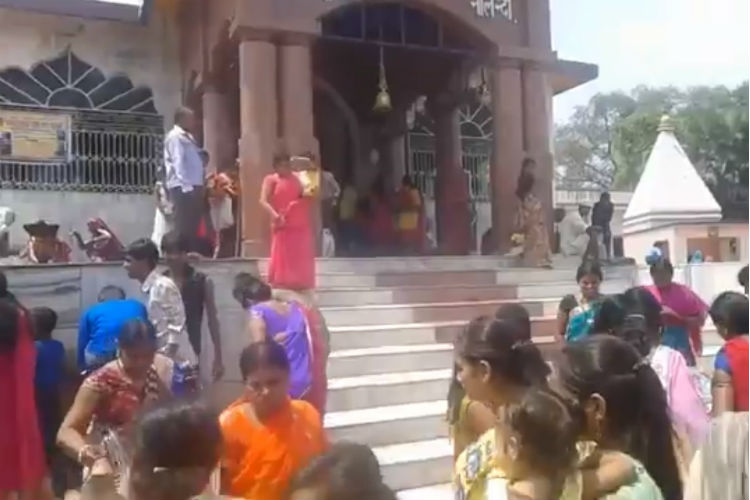 The Navratri puja is reportedly observed in pure Tantrik traditions, with rituals dating back to the 9th century CE. Ironically, the temple is dedicated to Durga, a Hindu warrior Goddess.

Other than Ashapuri temple, Mauli Mata Mandir and Thakur Dai temple in Chhattisgarh also follow a blanket ban on the entry of women. At the Sree Padmanabhaswamy Temple in Kerala, women devotees can worship the deity but are not allowed inside the temple chambers. Priests resorted to ‘purification ceremonies’ after a female MLA accidentally entered the premises of Hamirpur temple in UP’s Muskara village in August 2018. At the Patbausi Satra temple in Assam, women are barred from entering “to make sure that the temple does not become impure”.

In a landmark ruling on September 28, 2018, the Supreme Court put an end to the centuries-old ban on the entry of women inside Kerala’s Sabarimala temple. Allowing the entry of women of all age groups, the court in a 4:1 majority verdict ruled that “biological or physiological reasons cannot be accepted in freedom for faith”. Following the verdict, protests were held at various parts of the state against the entry of women of menstruating age. It was only on January 2, 2019 that 42-year-old Kanak Durga, along with Bindu Ammini, entered Sabarimala temple, becoming the first women under 50 to enter the shrine after the Supreme Court verdict.