A mess in IIT Madras has driven a wedge between students over their food habits. The institute’s authorities have implemented a ‘new system’, which has riled up a section of the student population who have also accused the management of propagating ‘untouchability’.

A student body, Ambedkar Periyar Study Circle (APSC), shared pictures of the mess along with a post on Facebook titled, ‘UNTOUCHABILITY CONTINUES AT IIT MADRAS!’

“Upper caste households in India would usually have two entrances – one for the upper castes and the other one in the back for the “impure” lower castes. A mess in IIT Madras is now having the same system. This mess has two separate entrances for vegetarians and non-vegetarians. Not just that – separate wash basins and separate utensils as well. What started as a demand for “pure” vegetarian mess has become full-fledged untouchability. IIT Madras is trying to become a world-class institute, but the culture inside is still regressive in many aspects!” the post says. 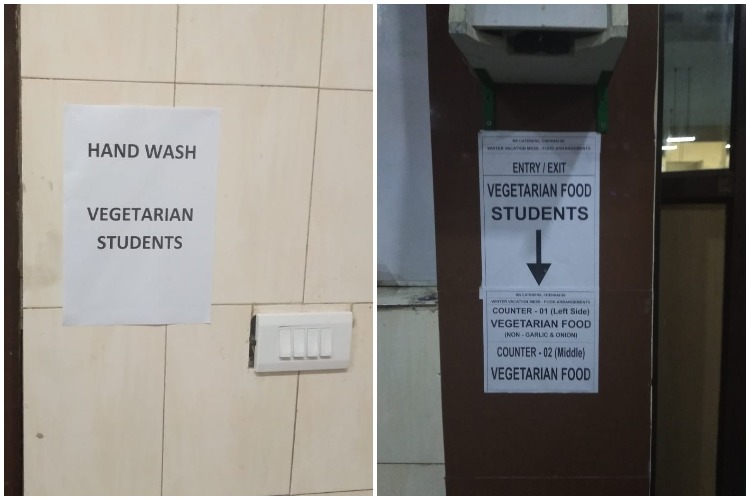 Students claim this kind of seclusion caters to only a particular section of the student population. “This is clearly a way to divide students on the basis of their food preferences. There can’t be any justification for this division of a public space. How can certain people be given priorities and others face seclusion? The underlying current of this is a trickle-down effect of Hindutva forces radiating in the country. As an institute of national repute, IIT has the basic duty to ensure equality on campus,” Justin Joseph tells InUth.

IIT Madras is no stranger to controversies surrounding food habits and students allege that the administration is always involved when such decisions are taken. “It’s impossible that the administration, including the faculty, were unaware of such a move. This new rule is not a trivial measure because they are essentially making sure that vegetarian and non-vegetarian students will not have to even brush past each other. They have made separate entries, utensils and wash basins to ensure that these two sets of students never come in contact of each other,” said a member of the Ambedkar Periyar Study Circle who didn’t want to be identified.

“Rules like these create divisions and leads to discrimination among students in an institution like IIT where the presence of right-wing organisations are felt strongly. This is part of how the administration succumbs to the right-wing pressure tactics,” says Manoj Parameswaran, a research scholar in Sociology at the department of humanities and social sciences, IIT.

The Himalaya mess of IIT Madras is a three-storied building that has the capacity to accommodate six messes. Due to the holidays, out of four, only two messes are currently functional. The ‘new system’ has been introduced in the RR North Indian mess on the second floor of the building, which has chicken and egg in its non-vegetarian menu. The segregation on the basis of food habits started six years ago when a few students demanded “pure vegetarian” food counters with no garlic and onion. These stalls were soon set up along with the existing veg food counters. 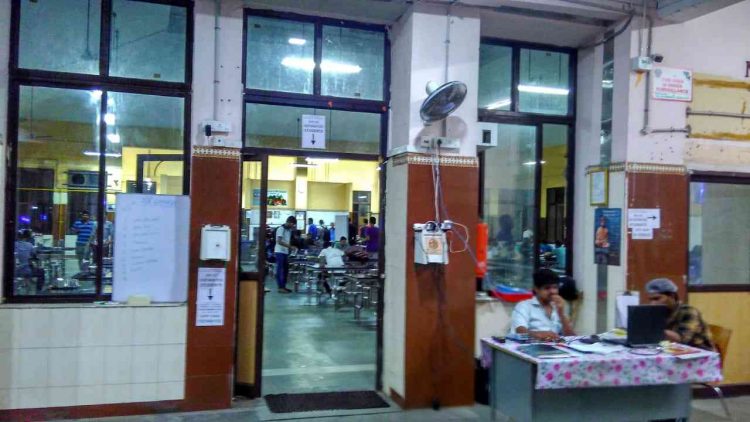 Last year, Sooraj R, an IIT Madras student was attacked by a group of eight students allegedly belonging to a right-wing group for taking part in a beef fest. The assaulters questioned Sooraj on whether he eats beef and then beaten him up to an extent where he had to be hospitalised.