Nitish Kumar’s government in Bihar is going the extra mile to ensure that the state remains liquor-free. In its latest bid to keep the state dry, the state government has raised a special dog squad to detect liquor consignments, Hindustan Times reported.

The squad comprises 20 canines who have been training for nine months in Hyderabad on how to detect liquor, before being inducted in the Bihar police. They have been deployed in each of the nine police ranges in the state. Notably, this is a first for any state in India to have raised a dog squad that specialises in detecting liquor.

Speaking with Hindustan Times, Vinay Kumar, the additional director general of the Crime Investigation Department (CID) who is posted in Patna said, “For each of these dogs, two handlers have been deputed. They were also at the Hyderabad academy throughout the training period.On each dog, the state police spent around Rs 1.71 lakh, from the time they were purchased from the same academy till their training and induction.” 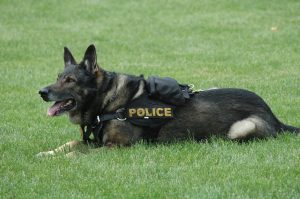 With the latest addition, the total strength of the Bihar Police’s dog squad will go up to 68. Earlier, reports suggested that Nitish Kumar was unhappy with the police and excise officials for their slackness in catching illicit liquor producers, traders and suppliers in dry Bihar.

His government imposed a complete ban on the sale of liquor  in April 2016, a move that has evoked a mixed response from the public.