Mahatma said , “Democracy is not a state in which people act like sheep.”
Arise and awaken!
Calling the People to join the movement. #राष्ट्रमंच #nationalforum https://t.co/S46qIBwt21

While drawing parallels between the present situation and the time when Mahatma Gandhi was assassinated 70 years ago, Sinha said that ‘farmers are made to feel like beggars’ because of the incumbent government’s policies.

He also lashed out at the rising incidents of mob violence and said, “Everybody in the BJP is living in fear. We are not. Dialogue and debate in the country have become coarse, one-sided and dangerous. It seems mob has the job of giving justice,” he said, reports PTI. 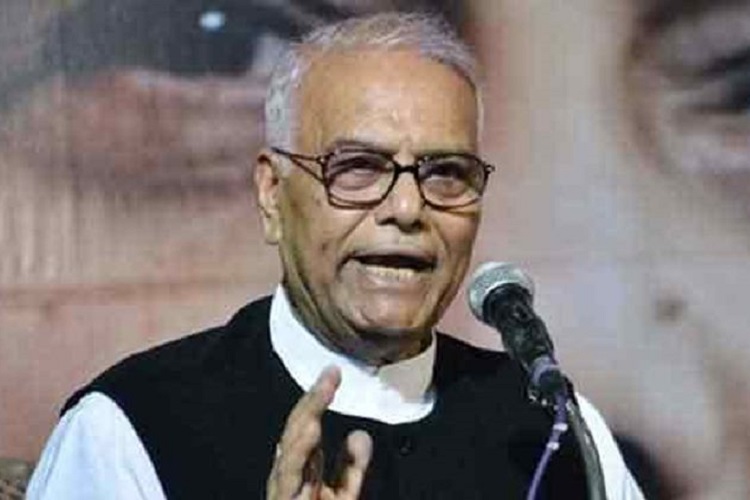 He, however, maintained that this forum is not a formal political party and would restrict itself in being a national movement to highlight issues.

The forum was launched in Delhi on January 3o which is the 70th anniversary of the assassination of Mahatma Gandhi.

Yashwant Sinha, who has held important ministries like the external affairs, as well as finance, has been extremely critical of the party in the recent times. In September last year, he wrote a scathing piece in the Indian Express in which he bashed the poor economic policy of the government. He also slammed Modi government’s highly ambitious policy reform demonetisation and questioned finance minister Arun Jaitley’s credentials.

Even though his article rattled the party and became a talking point in the media, many of its leaders chose to stay mum.