The Bombay High Court in March this year directed the Narendra Modi government to file a detailed affidavit regarding the increase in deaths of nuclear scientists. The court gave the decision in response to a Public Interest Litigation (PIL) filed by an RTI activist Chetan Kothari who alleged that the police had not probed the mysterious circumstances in which the bodies of nuclear scientists were found in the recent years. According to the Department of Atomic Energy records, 11 nuclear scientists died due to unnatural causes between 2009 and 2013.

The nuclear scientists hold key to a country’s defence and energy secrets. The spike in the number of deaths remind us of the sudden demise of Dr Homi Jehangir Bhabha, hailed as the Father of India’s nuclear programme in 1966. He was flying to Vienna to attend a meeting when the plane carrying him crashed into Mont Blanc in the Swiss Alps.

Robert Turnbull Crowley, the former director of clandestine operations in the Central Intelligence Agency (CIA), shocked the world in an interview with journalist Gregory Douglas, making startling revelations about the US agency’s covert ops in 1996. During the conversation, he mentioned Homi Jehangir Bhabha’s death. Here’s a brief transcript of the conversation from the book Conversations With The Crow.

Douglas: How many people went down with him (Bhabha)?

Crowley: Ah, who knows and frankly, who cares?

Douglas: I suppose if I had a relative on the flight I would care.

Crowley: Then don’t worry about it. We could have blown it up over Vienna but we decided the high mountains were much better for the bits and pieces to come down on. I think a possible death or two among mountain goats is much preferable than bringing down a huge plane right over a big city.

“India was quieter after Bhabha croaked,” Crowley added further. The former CIA official also claimed that the agency was behind the sudden death of former Prime Minister Lal Bahadur Shastri in Tashkent the very same year.

It should be known that the world was in the midst of Cold War involving the United States and the Soviet Union. According to Crawley, Washington feared that New Delhi could develop a nuclear bomb and use it against Pakistan. The relations between the Asian neighbours were at an all-time low after a war that was fought over Jammu and Kashmir a year ago. Bhabha, in his address on the All India Radio, announced that he would develop a bomb in 18 months. 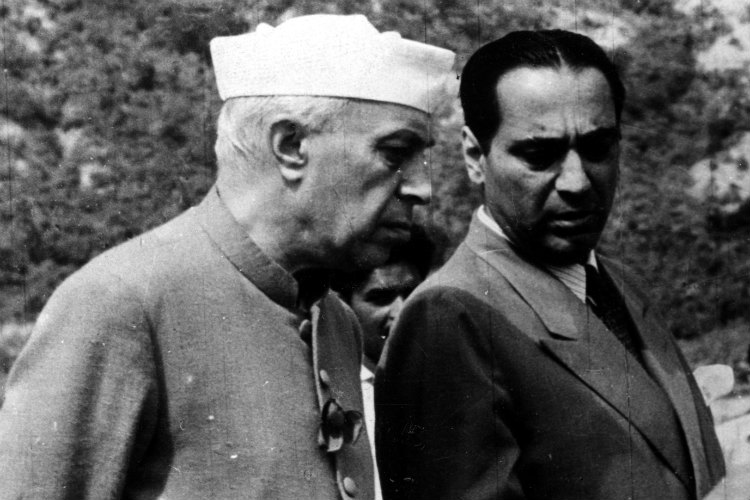 During the interview, Crowley revealed that the CIA had invented a ‘disease’ that would destroy the rice crops in Asia.

Did I tell you about the idea to wipe out Asia’s rice crops? We developed a disease that would have wiped rice off the map there and it’s their staple diet. The f***** rice growers here got wind of it and raised such a stink we canned the whole thing. The theory was that the disease could spread around and hurt their pocketbooks. 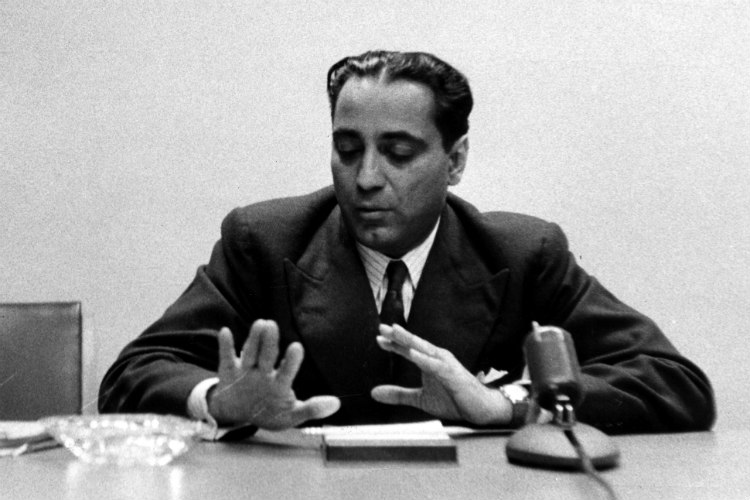 Homi Jehangir Bhabha in his speech to All India Radio had claimed that India was ready to develop a nuclear bomb. (Photo: Express)

Although Bhabha died in 1966, India managed to test its first nuclear bomb at Pokhran in 1974.