After a video of a young woman being brutally beaten up by the son of a Delhi cop went viral causing massive outrage, it prompted Home Minister Rajnath Singh to take up the matter and direct the police chief to take necessary action against the accused.

Rohit Singh Tomar, the accused and his friend Ali Hassan, who shot the video, were arrested hours after the home ministry’s intervention. In the 108-second clip, the accused was seen dragging the woman around by her hair, throwing her to the ground even as kept hitting her repeatedly on her stomach, back and head.

The man filming the assault could be heard saying: “Rohit, stop it…Enough!” But neither his friend nor anyone else tried to physically stop him. At one point in the video, a man even casually walks past while the accused is beating up the woman.

“I have taken note of a video where a youth has been seen severely beating a woman. I have spoken to the Delhi Police Commissioner over the phone and directed him to take necessary action in this regard,” Singh tweeted. 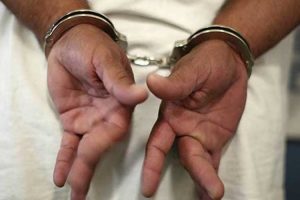 How the video came into picture

The video was released by another woman who was earlier in a relationship with the accused. But, after the woman noticed destructive patterns in Rohit’s behaviour, she decided to break up with him, The Print reported.

“He would drink all the time, started doing drugs, would abuse a lot, and didn’t even have a job. So I started distancing myself even before my parents started asking about him,” the 22-year-old told the news portal.

However, Rohit would have none of it. He started harassing her and even abused her parents for not allowing her to marry him. Soon, the woman lodged a complaint at the Tilak Nagar police station in West Delhi. To further intimidate her, he sent the controversial video that later went viral to the woman, telling her that she would meet the same fate if she did not marry him. Soon after, the woman updated her complaint against Rohit with more charges.

The video Rohit sent to intimidate his ex made its way to social media on September 13, and went viral, soon drawing the attention of Home Ministry and Delhi Commission of Women. The woman beaten in the video was contacted, and her harrowing story was revealed.

The woman in the video alleged that the incident took place after Tomar had called her to his friend’s office in Uttam Nagar for a meeting on September 2 and forced himself on her. When she tried to call the police, he started thrashing her. The victim told the police that she had not approached the police as she feared that Rohit would assault her again. However after she came across the viral video on Thursday, she decided to lodge a police complaint.

She was taken for a medical examination after which we registered a case of rape and assault on the basis of the statement of the woman. Teams were formed to track him down,” DCP Alphonse told Times of India.

When the woman (ex-girlfriend) had visted the Tilak Nagar police station to update her complaint with more charges, Rohit was reportedly not present in the lock up. Also when Rohit came to know that she had filed a complaint, he boasted about his father’s friendship with the SHO Satya Prakash adding that”nothing will come out of it”. When the SHO was asked about the whereabouts of the accused, “Rohit was taken into pre-emptive custody” adding that he don’t know too much about the situation and was clueless where the accused was.

The video is garnering outrage on social media who are questioning the country’s law and order system, where it takes someone of the Home Minister’s stature to intervene in a matter of violence and abuse, to take action in a case where a cop’s son is involved.

No the video is not chilling. Chilling is the fact that no less than the Home Minister of this country had to personally intervene and order to arrest this criminal. A criminal is not a criminal in India if his father happens to be a Police Officer. Thats the bitter truth. https://t.co/eifuXaXXsC

Wonder if just the arrest has happened after such high level intervention, what would it take for actual conviction !!

It’s a sad commentary on the state of policing in national capital!How many times we expect Home Minister to intervene with Delhi Police?

Shame on this police department. Impartiality or neutrality everything is at bay. Ashamed to be a part of a society where women are treated like this. Society goes into decadence where woman has this respect and criminals are freely on move. #nothingmpreshamefulthanthis.