A poem written by a 17-year-old girl, hours before her death, acted as a crucial evidence in nabbing the culprit. Shreya Sharma was killed by her school senior Sarthak Kumar in Delhi’s Rohini last year. A Class XII student, Sharma was strangled to death in Rohini’s Sector 17 on August 16 last year by Kapoor, who was 19 at the time. Her body was found in a narrow lane near her home.

According to the prosecution, the victim posted the poem online and told the accused that she was coming to meet him and hand over a copy. The poem was also sent for forensic analysis and the handwriting expert opined that Sharma had written it, court records show, Indian Express reported.

It was found at the accused’s home which, according to prosecution, shows that she was with him during the last minutes of her life. 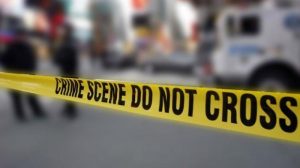 While handing out the life imprisonment to the convict, Additional Sessions Judge Virender, Kumar Bansal, also read out the poem written by the victim.

“I wish I were dead, every time I close my eyes, I see dark paradise. I am tired of being here, suppressed by my own fears… We went from playing with our toys to become toys ourselves. So boys will be boys and we women will never tell.”

“It is a case of jilted lover who wanted the deceased back at any cost. He applied all tactics, extended threats, but when he did not succeed in getting her back, eliminated her.” the judge said while awarding the sentence.

Instances of harassment and injury also came out during investigation. In April 2017, the first instance of harassment had come to light when Sharma’s chemistry teacher had informed her parents that Kapoor would inflict injuries on her outside the coaching centre. During the trial, one of Sharma’s friends also testified that Sharma had been “disturbed”and “depressed” due to the harassment, Times of India reported.