Like every student anticipating their CBSE results on Sunday, 18-year-old Sama Shabir Shah checked her results to find she had scored 489 out of 500 marks, securing 97.8% in the exams, making her J&K’s topper. But her father would not be part of the celebrations.

The daughter of Shabir Shah, founder and president of the Jammu and Kashmir Democratic Freedom Party (JKDFP) has been visiting her father in Tihar jail for the past one year. His deteriorating health, absence from home for long periods have all haunted her, but when it came to studies she made sure to work hard. 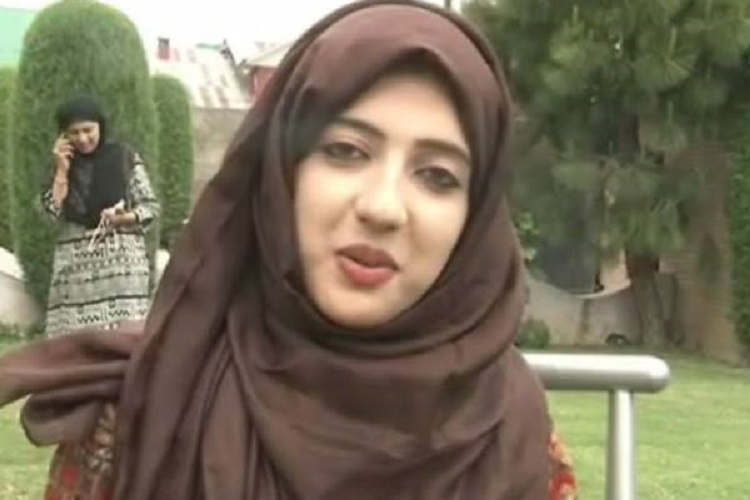 “My father does not even know about it as we have no contact with him,” Sama told The Telegraph, adding,”But I’m proud of what he has been doing. He has spent 31 years in jail (overall) and (now that he has spent 10 more months) I’m more proud of him.” She often studied at the gate of Tihar jail while waiting to meet her father.

The student of Delhi Public School in Athjawan, Srinagar, was congratulated by Jammu and Kashmir chief minister Mehbooba Mufti.

Congratulations to Sama Shabir Shah for securing 97.8% marks in the class 12th class examination. Her hard work & determination has helped her overcome all odds & she is truly an inspiration for the youth of our state.

Attributing her success to her parents, Sama told The Indian Express: “I attribute it to my father only for being a source of inspiration, for being an idol for me. And my mother, for being source of strength for me. She has given us the strength that I have today and because of her I was able to study. I was not in a depression because of my mother, because she was herself so strong.”

However, Sama, a student of Humanities, would have loved it if her father could be a part of the revelry. “At a time when the whole of India knows about it (my result), my father doesn’t know anything about it… (when) he should have been the first to know of it,” she told The Indian Express.

Shah was arrested in September by the Enforcement Directorate in a case of alleged terror funding in the valley to fuel unrest. According to The Telegraph report, he was last arrested in July 2017 during a crackdown in Kashmir that began after the death of Hizb commander Burhan Wani in 2016.