One bad day and the next thing you know, you have got your company in some serious trouble. Jet Airways was slapped with a fine of Rs 65,000 by a consumer court in Gujarat for serving a a non-vegetarian meal to one of its passengers even as he had ordered a vegetarian one.

Banuprasad Jani, the passenger based in Rajkot, sued the airliner for making him-a pure janeu dhari Brahamin’- eat non-vegetarian food. Jani, who was travelling from Chennai to Mumbai, claimed that he had never tasted egg in his life, and that he felt sick after immediately tasting the food and vomited, Times of India reported.

He had approached Rajkot District Consumer Dispute Redressal Forum last week with videos of the food item. Consequently, the consumer court ruled in his favour and ordered the airlines to pay him compensation for causing mental agony, harassment, legal expenditure was also factored in. 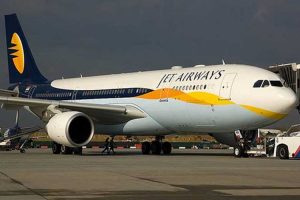 The airline, however, maintains that even as Jani ordered a vegetarian meal initially, he later changed his order to non-vegetarian meal. The airline added that the meal had the non-veg label.

This is not the first time an airliner has been asked to pay for serving wrong food. Earlier in May, the airliner was directed to pay Rs 41,500 as compensation for damaged luggage and serving meat to a Bengaluru resident who was flying with them five years ago.

In 2016, a Swiss airliner was fined Rs 20,000 to a flyer for serving him non-vegetarian food instead of a Jain meal he had opted for. The airliner was also directed to upgrade his economy class tickets to business class for his future travels.