There wasn’t a more good-looking and well-meaning photo than this. 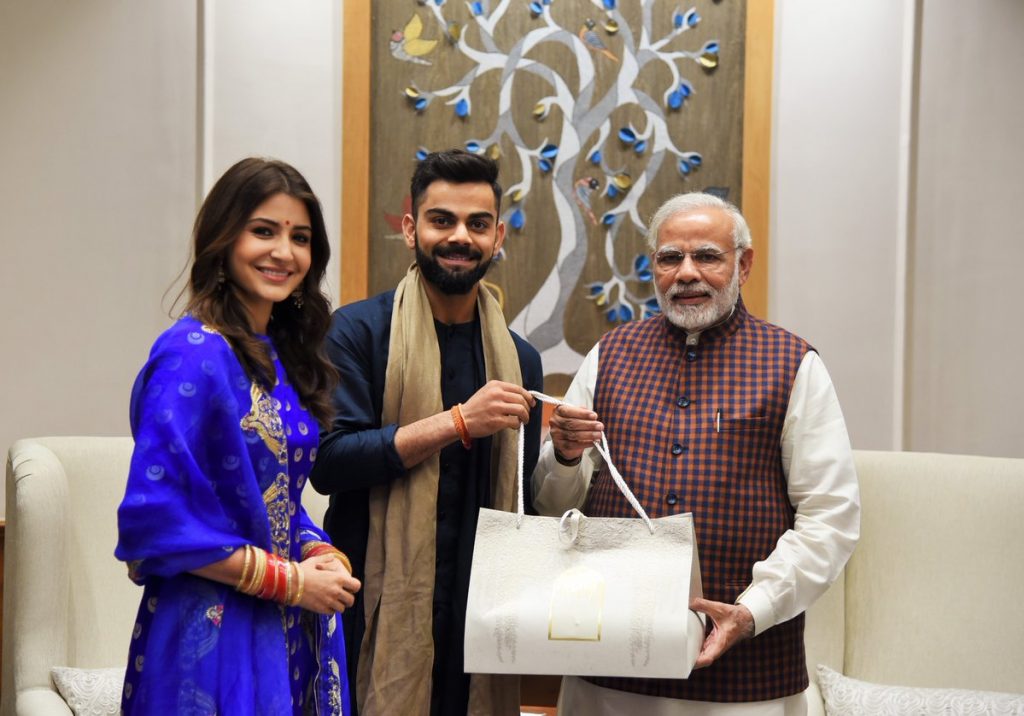 It’s oozing with star power, good looks and loads of sanskaar (Don’t Virat and Anushka look like they have walked out of a Manyavar ad?)

The PM keeps meeting celebs once in a while. And, these meetings always manage to become the talking point. Sometimes because of the most irrelevant reason, like the length of the actress’ skirt. 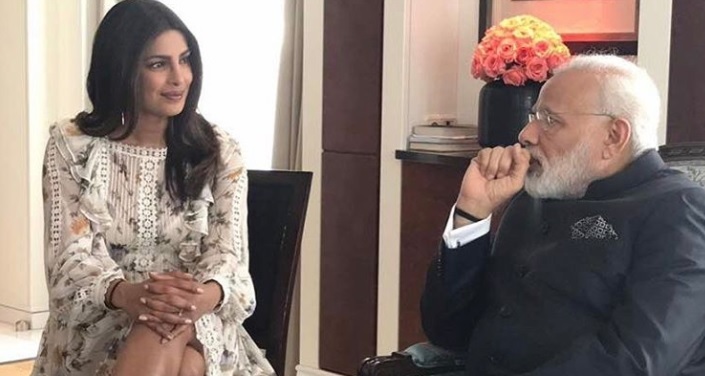 And, at other times, because of the title of a film.

Met PM @narendramodi and got the opportunity to tell him about my upcoming ‘Toilet-Ek Prem Katha.’ His smile at just the title made my day! pic.twitter.com/qbvYrlbM2Y

But, Virat is slightly more special. Because the PM was the one who shared the photos on his social media account.

Virat Kohli and the Prime Minister Narendra Modi have always admired each other. 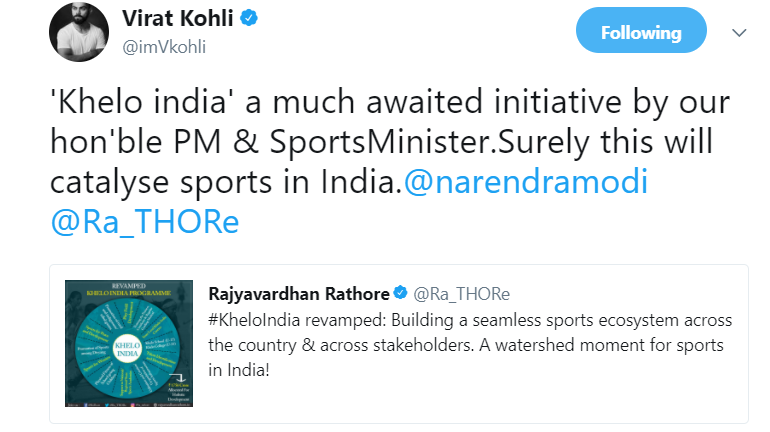 But, all this didn’t stop the uncouth barbs of BJP leaders. A couple of days ago, BJP MLA from Madhya Pradesh, Panna Lal Shakya declared that Kohli wasn’t a patriot.

“Virat earned money in India… But he didn’t find any place to marry in the country. Is Hindustan untouchable? Lord Rama, Lord Krishna, Vikramaditya, Yudhishthir got married on this land. You all must have got married here. None of us goes to a foreign country to get married … (Mr. Kohli) earned money here and spent billions there (Italy)… (he) doesn’t have any respect for the country. This proves he is not a patriot.”

Yet another BJP leader questioned why the couple didn’t choose Kashmir as their honeymoon destination.

What’s next? Sakshi Maharaj giving them sermons on how many kids they should have as a good Hindu couple?

Well, as long as they have the blessing of the Prime Minister, the couple can choose to ignore the likes of Shakya and Rafiq Wani.