The streets of Delhi were vibrantly coloured yesterday, November 12, at the 10th queer pride parade. Fighting smog, thousands attended the parade from Barakhamba Road to Jantar Mantar to celebrate the queer community, hoping acceptance may start soon. Out of the many placards that carried pride messages of love and unity, one placard caught a Twitter user’s attention. Because the placard was dedicated to none other than Shashi Tharoor.

He quickly pointed it out to Mr Tharoor with this tweet:

Mr. Shashi Tharoor you should really see this. You have a huge fan following… #DelhiQueerPride2017 pic.twitter.com/so9O036a9B

Haha! Now if they were only registered to vote in Thiruvananthapuram, it would be even better! https://t.co/kGzj3T1mf9

Also read: Delhi Queer Pride 2017: Why some members of the queer community avoid the pride parade

Shashi Tharoor’s fan following among the ones who attended the parade is not surprising. In 2016, Tharoor tabled a private member’s bill to decriminalise homosexuality. His bill was rejected twice in three months. An infuriated Tharoor had back then vented out his anger in an article. He wrote hypocrisy and bigotry won. The article even cited examples from Mahabharata’s Shikhandin to prove homosexuality is not a new concept in India. 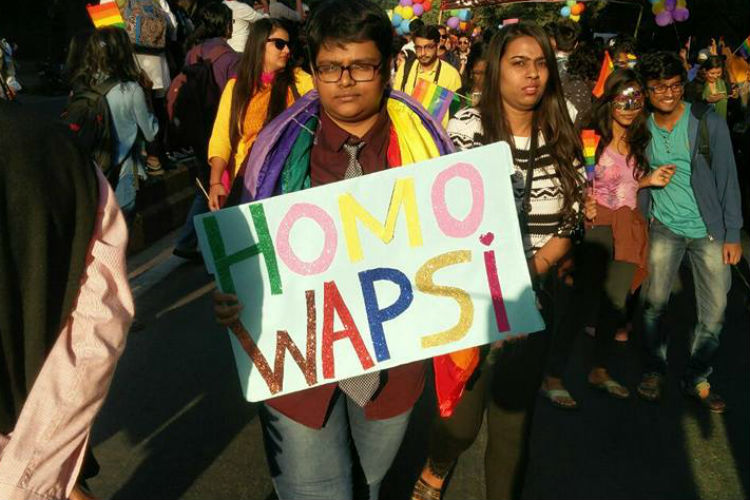 Also read: #QueerQuestions: How homophobic or transphobic are we? [Watch Video]

While the journey to repealing section 377 of the Indian Penal Code seems a long road, the turnout at Delhi’s pride parade and the support of Shashi Tharoor hints it is not unachievable.