Akshay Kumar will essay the role of the late cassette king, Gulshan Kumar, in his upcoming film Mogul. The film is to be helmed by Subhash Kapoor and chronicles the life of the T-Series founder who lost his life for refusing to bow down before the Mumbai underworld. The Bombay of late 1980s and early 90s witnessed an immense power struggle between gangs, each eyeing the control of the metropolis’ underground operations. Extortions, contract killings, and death threats were everyday news. The industry most visibly hit by the gang dominance and extortions was Bollywood. With a huge amount of money being invested into films and high value of glamour associated with the stars who also had a crazed fan following, by the 90s, Bollywood had become a den for the Mumbai mafia to carry out shady dealings and decide on the films’ overseas distribution. The influence of mafia in the film industry was so high that there were regular reports of film stars attending events hosted by dons and allegedly enjoyed their patronage. But there were only few who refused to bow down to pressures of the gangs. One of them was said to be Gulshan Kumar, who was gunned down in broad daylight in 1997.

Who was Gulshan Kumar?

Born on May 5, 1951, Gulshan Dua was the son of a juice seller in Delhi’s Daryaganj area. He began helping his father in the business at an early age. Kumar was drawn towards music when his family purchased a shop that sold records and cassettes. He started his own music cassette firm known as Super Cassette Industries in the national capital. After his business began yielding profits, he moved to Mumbai. Besides films, Kumar also produced albums of devotional songs that are popular even till date.

Crossing paths with the underworld

Kumar came in the crosshairs of the Mumbai underworld towards the late 1990s. Music composer Nadeem Akhtar Saifee of the Nadeem-Shravan duo was suspected to have a role in his murder. It is believed that he was not happy with the way Kumar marketed his album Hai Zindagi. According to India Today, the music director allegedly entered into a conspiracy with Abu Salem and soon Kumar started getting extortion calls. 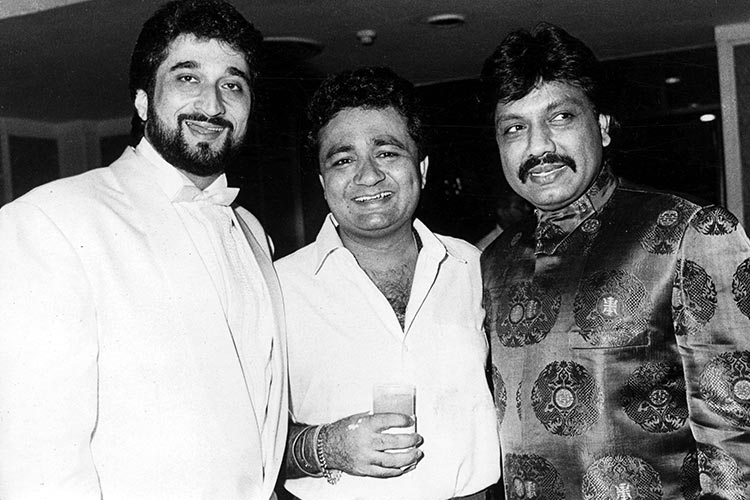 The magazine reports that Salem demanded around Rs 10 crore from Kumar for his ‘protection’. Kumar, who is said to have presided over 45 companies and 30 studios across Mumbai and Delhi, allegedly refused to give in to D-Company’s key member. Police also stated that the music baron had paid the first installment but had refused to shell out more.

A deeply religious man, Gulshan Kumar went to a nearby Shiva temple in Juhu to offer prayers on the morning of August 12, 1997. After offering his prayers, he was confronted by an armed assailant while on the way to his care. A long-haired man reportedly fired a shot that grazed his forehead and Kumar fell to the ground. Soon, the assailant, accompanied by his aides, pumped 16 bullets into him. The entire Bollywood industry was rattled with shock when they got to hear about the ghastly murder of one of the most influential film personalities in broad daylight. 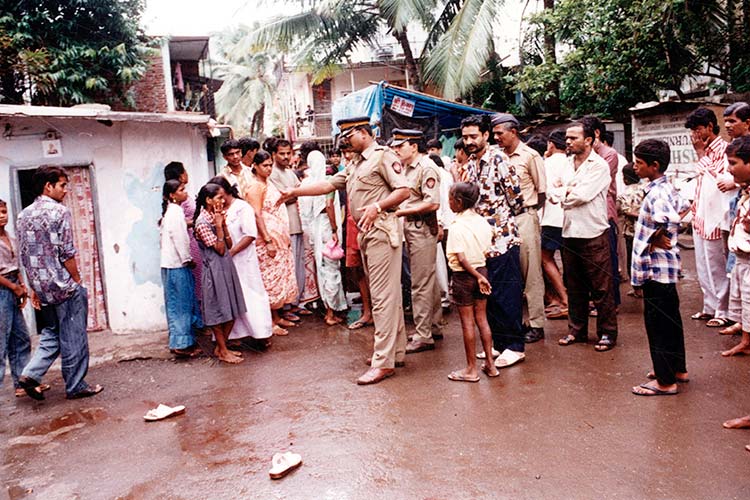 The spot where Gulshan Kumar was killed in Mumbai. (Photo: Express)

Also read: 11 deadly female Indian gangsters and the story behind their rise to infamy

Following the sensational killing, Nadeem Saifee was accused as a co-conspirator in the case. He fled to the United Kingdom and is currently living in the UAE. In October that year, cassette firm TIPS founder Ramesh Taurani was arrested for allegedly paying Rs 25 lakh to the killers. Mumbai Police filed a charge sheet in which 26 people were accused of the assassination. In January 2001, Abdul Rauf alias Daud Merchant, who was one of the accused, was arrested in Kolkata. He was sentenced to life imprisonment in 2002.

During his jail term, he jumped parole in 2009 and crossed over to Bangladesh wherein he was arrested and sentenced to 5-year-jail term. After he completed his sentence, Merchant was re-arrested and eventually was handed over to the BSF last year.

Meanwhile, producer Ramesh Taurani was acquitted in 2002 as the police could not prove the conspiracy charges slapped against him and 17 others accused.