Have you chopped off onions from your shopping lists due to skyrocketing prices? Well, there is good news for the residents of the national capital. Chief Minister Arvind Kejriwal on Saturday flagged off 70 mobile vans to sell onions at Rs 23.9 per kg. The vans will be ferrying across all constituencies in Delhi.

“Flagged off 70 mobile vans from the Delhi Secretariat that are being stationed in 70 Assembly constituencies for sale of onion at Rs. 23.90 per kg. In addition, 400 fair price shops have also begun the supply of affordable onion. We expect the market price of onion to reduce soon,” CM Kejriwal tweeted. 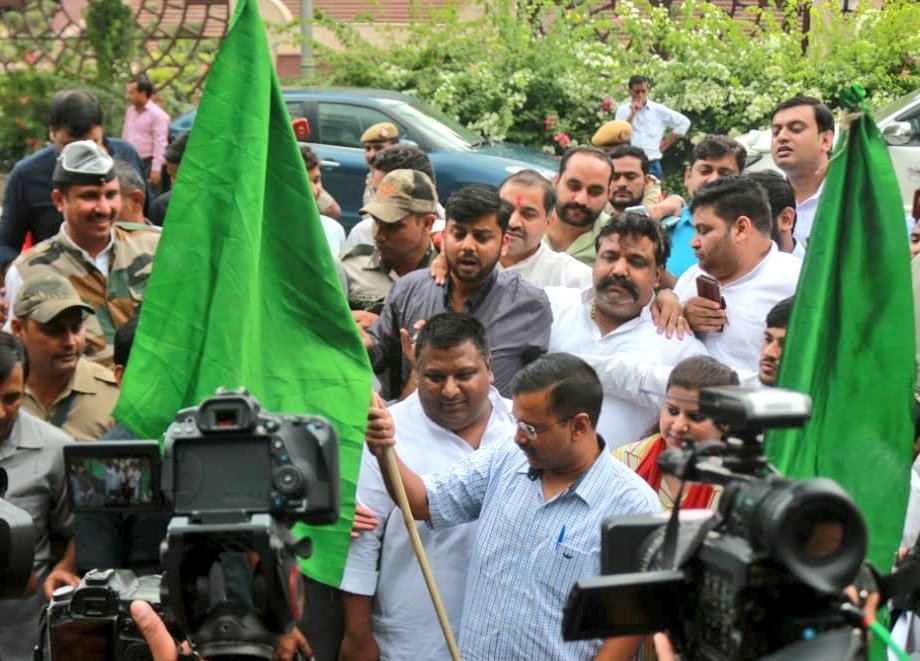 In addition to the mobile vans, onions will also be made available at 400 ration shops across the city at Rs 23.90 per kilo. The government further announced that no identification proof will be required to purchase from the ration shops. One person can purchase a maximum of 5 kg per day.

“We are directly putting into the market whatever has been procured from the Centre. Two Delhi government officials will visit Nagpur to examine the quality of onions and to ensure supply of good-quality onions to Delhi,” the Delhi chief minister told The Hindu.

Onion Prices At An All-Time High

The current increase in onion prices is a fallout of last year’s drought and the delayed monsoon this year. To add to the woes, some onion-growing areas have witnessed excessive rain, and the harvest period has been delayed, reports The Indian Express.
With the retail prices currently going at Rs 60-80 per kg, the government has banned exports of all varieties of onions. 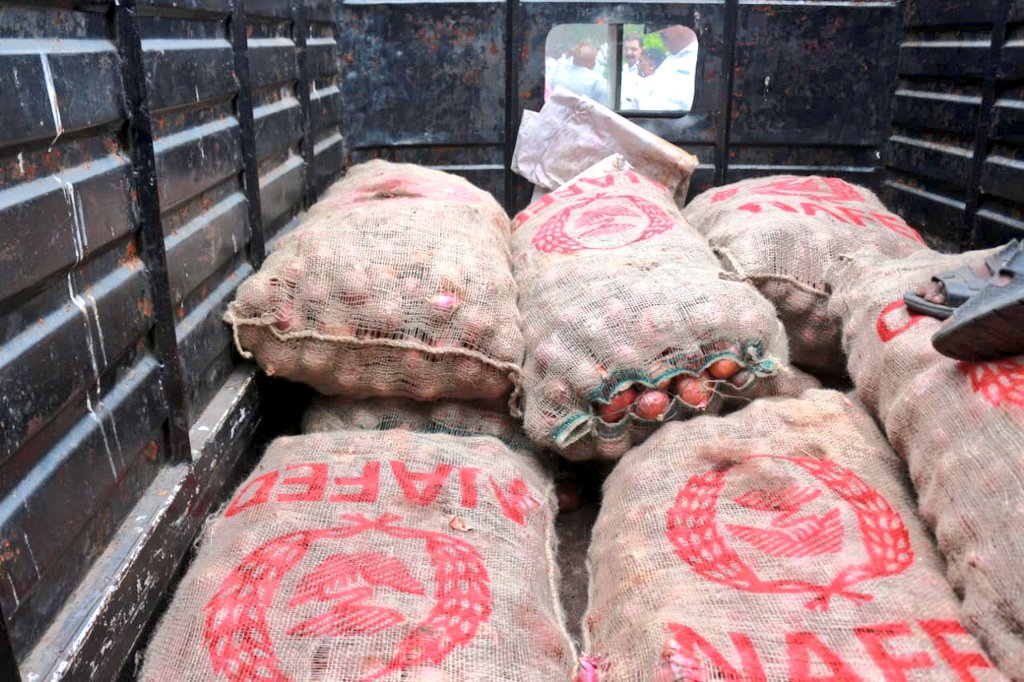 The states that account for almost 90 per cent of onion production in the country are Maharashtra, Karnataka, Gujarat, Madhya Pradesh, Rajasthan, Bihar, Uttar Pradesh, and West Bengal. While the cultivation area under rabi crop (sown in October-November and harvested after April) has decreased in Maharashtra, neighbouring Karnataka has received heavy rain during the harvest period for kharif crop (sown between May and July and harvested in October-December).

Maharashtra had reported cultivation of onions across 2.66 lakh hectares in the 2018-19 rabi season, much lower than the 3.54 lakh hectares of 2017-18, reports Indian Express.