Popular narratives of history have led us to believe that it was men alone who were architects of the Indian Constitution. Among the 299 members of the Constituent Assembly, 15 were women. Very little is known about them. They came from different walks of life—lawyers, freedom fighters, politicians, and suffragettes. Led by Bhimrao Ramji Ambedkar they discussed, debated and put forth their opinions while defining the principles that would guide the then recently Independent India. The first in our series, Women Behind the Constitution—Dakshayani Velayudhan, one of the youngest and the only Dalit woman who helped shape the Constitution of India.

“Different points of history, of locations and identities define the life of my mother,” says Meera Velayudhan, the 61-year-old daughter of Dakshayani Velayudhan who is working on a yet to be published autobiography written by her mother.

Born in 1912, in Mulavukad, a small island off the coast of Kochi, Velayudhan’s life and politics was influenced and defined by the rigid caste system in Kerala. She belonged to the Pulaya community—considered to be the early inhabitants of Kerala, but subject to acute discrimination by the upper caste in the princely states of Travancore and Cochin, in pre-Independence  India. According to Ashly Mathew’s thesis Labour Participation And Social Mobility Among the Pulaya Women of Rural Kerala, the Pulayas were mainly agricultural labourers. Severe restrictions were imposed on them. They were prohibited from walking on the public road and drawing water from the public well. Pulaya women could not wear an upper garment. They were permitted to wear bead-necklaces to cover their breasts. According to Report on Slavery by Indian Law Commissioner in 1841, societal restrictions imposed on them were so stringent that whenever members of the community went out, they had to make their presence felt by uttering a particular cry at every four or five paces. If answered by someone, belonging to a superior caste, the former had to turn back. 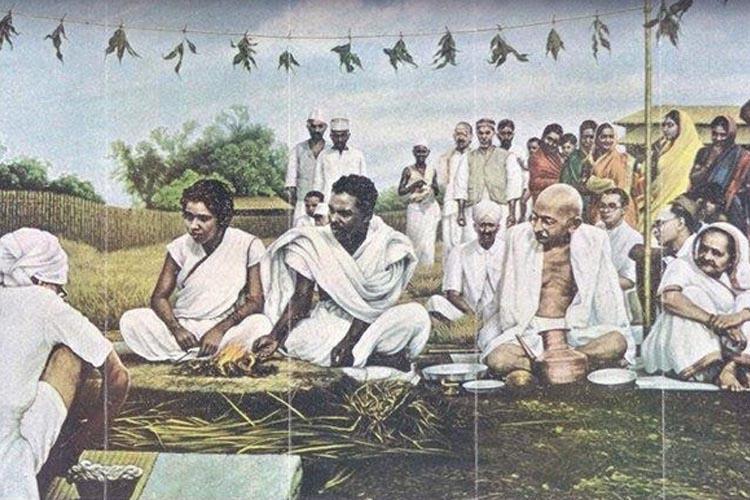 By the time Velayudhan was born, movements against this virulent casteism had begun. Pulaya reformers like Ayyankali had emboldened the community, but it was a still long road ahead. Velayudhan has written about her early childhood in the forthcoming autobiography—“not born in a poor Pulaya family” and was loved and favoured by her father in a family of five children. The change Velayudhan would later come to be known for— being the first Dalit girl to wear an upper cloth and the first Dalit woman graduate in India — had already started with her birth. At a time when Dalit girls were given “peculiar names like Azhaki, Poomala, Chakki, Kali, Kurumba, Thara, Kilipakka,” her parents named her Dakshayani, meaning Durga or daughter of Daksha. “Pulaya and other Dalit castes could only use certain kind of names,” Meera says, adding how her mother mentions this facet in the book. “She wrote about about how Pulaya women used to tell her that she had been given an Ezhava girl’s name.” Ezhava, though a backward class, was considered above the Pulayas.

In her project, “Woman Architects of the Indian Republic”, Priya Ravichandran writes about the discrimination and ill-treatment Velayudhan faced while completing her Bachelor’s degree from the Madras University. She was the only girl student in the entire science department and an upper caste teacher refused to show her the experiments. Velayudhan, who graduated in 1935, learnt it by observing from a distance. This defiance and grit marked much of Velayudhan’s life. 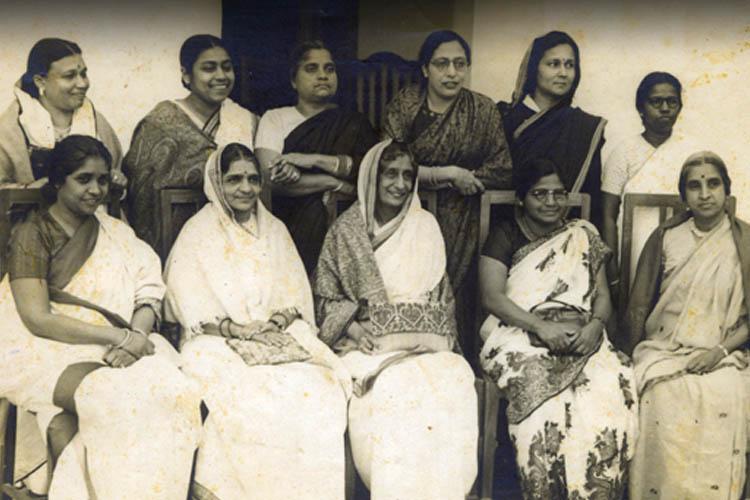 In her book, Velayudhan writes about an incident when as a teacher at a government high school in Trichur district she met a Nair woman on the road who demanded that Velayudhan make way. Owing to the way people from the Pulaya community were treated this was still prevalent. There were paddy fields on both sides along the road. Velayudhan refused and remained defiantly steadfast. “I told her directly on her face, if you want to go past me, you may get down into the field and go,” she writes. The field was four to five feet below the road level.” The woman was ultimately compelled to get down on the field and walk,” she writes.

In 1942, she was nominated to Cochin Legislative Council seat and in 1946 to the Constituent Assembly becoming the first and the only Dalit woman in the gathering.  Her belief was that “a Constituent Assembly not only frames a constitution, but also gives the people a new framework of life.” A staunch follower of Gandhi, she strongly opposed untouchability but believed that as long as it was practised, the word Harijan (popularised by Gandhi ) would remain irrelevant. She refused to view Dalits as minorities and believed that “[t]he Harijans are Indians and they have to live in India as Indians and they will live in India as Indians.”  Velayudhan placed the struggles of her community ahead of her gender, unmistakably evident in her impassioned speech at the Constituent Assembly where she didn’t speak as a Pulaya woman but hoped to see “no barriers based on caste or community” in the Indian Republic. She was vociferous in her support for Article 17 of the Constitution of India that abolishes untouchability and forbids its practice in any form. Often told by other members that she asked too many questions, Velayudhan’s presence among other female members in the Constituent Assembly, like Vijaylakshmi Pandit, Sarojini Naidu, many of whom came from privilege, was a telling sight in itself.

Velayudhan’s political, social and personal realm was dotted by independent thought and opinion. Unlike her mother and her elder siblings, she did not convert to Christianity. In 1940 when she married Dalit leader Raman Kelan Velayudhan, the ceremony, attended by Mahatma Gandhi and Kasturba, was officiated by a leper as a priest. 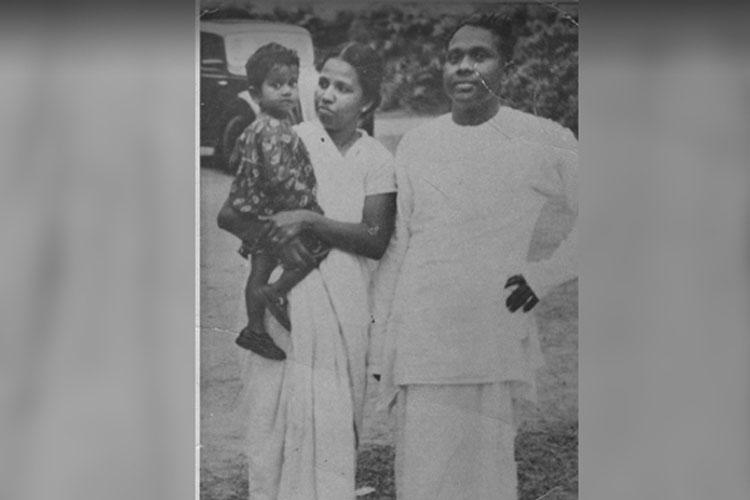 A firebrand, Velayudhan, was deeply involved in her home and family. She wrote long letters to her daughter, that were a guiding force. “I was always proud of my background, confident of my abilities and never felt downtrodden, ” Meera says while recollecting the impact her mother’s fearless thinking had on her . “When I started my menstruation, I was nine, during holidays, she sketched and explained what was happening to the body and asked my father to get some sanitary pads to take to school,” Meera says.

Velayudhan did not actively pursue electoral politics. “She was more comfortable working in the slums of Munirka (Delhi) among sweeper women. After holding one of the early national conference of Dalit women in Delhi, mainly Ambedkarites, she formed a women’s organisation, Mahila Jagriti Parishad (1977),” the daughter adds.

At five feet, Velayudhan was “unassuming and serious” and walked with a slight slouch, Meera says. It came during the early years in Mulavukad, when she and others from her community walked with their head down and backs hunched. But the value of standing tall, head held high and striving in the face of great adversity was never lost on her. Meera remembers an innocuous incident, while studying at night, “ I was preparing for an exam, possibly all slouched, with a flask of coffee to keep awake. When she saw me sitting like that, she patted me on the back and said sit straight.” And perhaps, therein lies Dakshayini Velayudhan’s greatest contribution, not just for the Dalit community, but for a nation, standing one’s ground and holding our head high.