Love has such power that it transcends all boundaries. Ours is a country that is known for its deep cultural diversity, at the same time there are prejudices in the name of caste and religion. Inter-faith marriage is still a taboo in a large section of our society. Terms like Love Jihad and Anti Romeo Squad are being coined to discourage inter-religious love and friendship. However, like many Bollywood celebs, there are several politicians as well who have shunned religious barriers and have married the love of their lives. 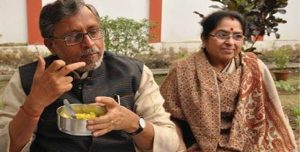 The veteran BJP leader and Bihar Deputy Chief Minister married Jessie George, a Roman Catholic from Kerala, in 1986. The wife of former RSS functionary is, in fact, a practicing Christian as Modi never asked her to convert to Hinduism. Modi first met Jessie on a train trip to Delhi from Mumbai in the summer of 1985. An avid bird watcher, Jessie was on her way to Kashmir from Mumbai when she met Modi on a train to Delhi. “We were in a second-class carriage, she on the upper berth and I on the lower. We struck up a conversation,” Modi told The Telegraph. Soon love blossomed and they began exchanging letters. Modi left the RSS — which did not permit married men to continue as “whole-timers” — when he tied the knot with Jessie in August 1986. 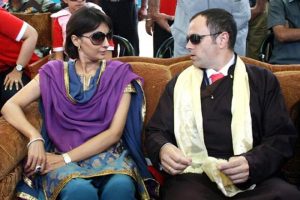 The former Jammu Kashmir Chief Minister had a fairy tale love story. Hailing from Delhi, Payal’s father Major General Ran Nath was an army officer. Abdullah fell in love with Payal while they were working together at Delhi’s Oberoi hotel. Both got married in the year 1994. The couple was blessed with two sons who are studying in Delhi. However, after 17 years of association, Omar announced that he had separated from his wife. 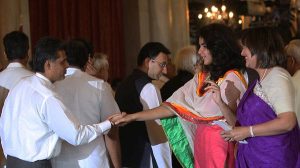 Tewari with his wife (blue Sari ) and daughter Ineka

The senior Congress leader and former Ludhiana MP is married to Naaznin Shafa, a Parsi by birth. According to a Times of India report, Tewari had met Naznin in 1989 when he was the president of National Students Union of India (NSUI) and she was the president of women’s wing of the student body in Mumbai. Naaznin began working for Air India after completing her Masters in Economics from Bombay University. Manish also began his law practice and the couple kept shuttling between Delhi and Mumbai before getting married in 1996. They have a daughter Ineka Tiwari. 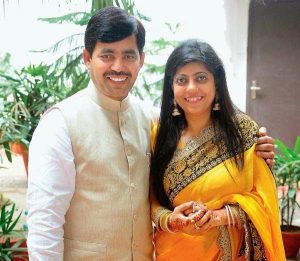 It was in 1986 when Shah Nawaz was pursuing his graduation in Delhi, he came across Renu as they were both travelling in a DTC bus. Renu was standing while Shah Nawaz had a seat. A chivalrous Hussain offered her his seat and that kickstarted a long friendship. One day, the young leader proposed to Renu which she turned down citing the religious divide. However, Shah Nawaz was not a man who believed in giving up. He kept on pursuing her until she was convinced. Then came the family, who were opposed to their marriage. It was BJP leader Uma Bharti who played a key role in convincing both the families. In 1994, the couple got married without changing their religion and now have two sons. 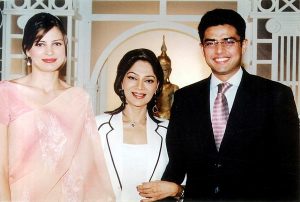 The former Congress MP is married to Sara Abdullah, daughter of former Jammu Kashmir Chief Minister Farooq Abdullah. The couple has two sons, Aaran and Vehaan. The duo met each other for the first time in London where they became close friends and their friendship later turned into a relationship. Sara is working towards women empowerment and the upliftment of underprivileged children. She was earlier associated with UNIFEM (United Nations Development Fund for Women, a part of UNICEF), and later she began working for CEQUIN (Centre for Equity and Inclusion). 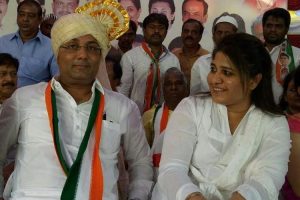 The Working President of the Karnataka Congress is married to Tabassum. It all started when Rao was studying engineering at BMC college Bangalore while his now-wife Tabassum was graduating in arts at Jyothi Nivas college. Within a year, their friendship blossomed into love and they decided to tie the knot. Initially, Rao’s mother, an orthodox Brahmin, and Tabassum’s family were against their decision, but the couple went ahead and registered their marriage. Gradually, their respective families gave up their inhibitions. The couple has been happily married for over two decades now and neither of them has changed their religion. 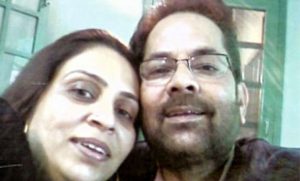 The BJP Vice-President’s marriage with his wife Seema seems like the plot of a Bollywood potboiler. While Naqvi, hailing from Allahabad, was a firebrand student leader, Seema was a complete introvert. It was the year 1982 which saw these two completely different people getting close and becoming inseparable. Since Seema was from a Hindu family and Naqvi was a Muslim, there was resentment from within their families. Also, at that time Naqvi was a student and did not have a sound financial backing. Finally, the couple tied the knot on June 8, 1983, in three different ways. First, the court marriage took place and then a Nikaah and Hindu wedding followed. The couple also has a son. 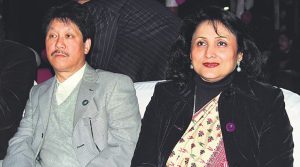 The Congress MP, who has also served as Union Minister in erstwhile UPA government, was originally Jahan Ara Chaudhary. In 1986, Narah married Bharat Narah, a prominent tribal leader who was a Minister in Assam Gana Parishad (AGP) government and converted to Hinduism. The couple has two sons. A graduate of Gauhati University, Narah was active in sports since her college days and represented Assam in volleyball, weightlifting, shot put, discus throw and cricket.

Besides the aforementioned politicians, there are various other leaders who married people from other religion. For instance, Abdul Bari Siddiqui, the veteran RJD leader from Darbhanga married to Nutan Sinha and former Union Minister Salman Khurshid is married to Louise Khurshid, the daughter of a former bureaucrat and Christian by birth, who converted to Islam.