In early years after independence, most of our political leaders took keen interest in writing. One does not even have to count the names. From Pandit Jawaharlal Nehru to Vallabh Bhai Patel to Radhakrishnan, writing was an integral part of their life. But, there has been a marked decline in the number of such writer politicians, especially in the decade or two. However, despite the dearth, we still have some politicians who are prolific writers.

Not only a seasoned politician, he is a remarkable orator and also one of India’s most eminent authors. The Congress MP has authored 16 bestselling works of fiction and non-fiction since 1981, all of which are centered on India and its history, culture, film, politics, society, foreign policy and more. Some of his famous literary books are The Great Indian Novel (1989), Bookless in Baghdad (2005), The Elephant, the Tiger, and the Cell Phone: Reflections on India – The Emerging 21st-Century Power (2007), Pax Indica: India and the World of the 21st Century (2012), An Era of Darkness: The British Empire in India (2016). Besides, he has also written hundreds of columns in reputed publications around the world.

Arun Shourie has been many things in his industrious life. He is an economist, a journalist, a politician and a prolific writer. The former Union minister has authored numerous book which gained him a considerable following. Some of his notable works include Courts and their Judgements: Premises, Prerequisites, Consequences, Harvesting Our Souls, he World of Fatwas, Or, the Shariah in Action, The State As Charade: V.P. Singh, Chandra Shekhar and the Rest, Mrs Gandhi’s Second Reign, Does He Know a Mother’s Heart? How Suffering Refutes Religions and more. 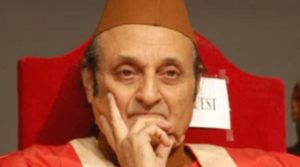 The Rajya Sabha MP is not only an author with a passion for poetry. He has written books on Indian philosophy, religion, history, Kashmir, socio-political thoughts of India. Some of his noted works include Towards A New India (1974), Brief Sojourn (1991), Nehru’s Kashmir. Wisdom Tree One Man’s world(1986) his poems have featured in the poetry anthology, The Dance of the Peacock: An Anthology of English Poetry from India, featuring 151 Indian English poets. 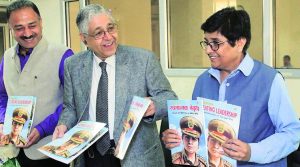 India’s first female IPS officer has many feathers in her cap. The former top cop turned political activist’s life has been an inspiration behind many books and films. However, not many people know, she herself has authored over a dozen books. Some of her noted works are- Empowering Women as I see, It’s always possible, Kiran Bedi (2006). Yeha Sambhav Hai, Uprising 2011: Indians Against Corruption (with Pavan Choudhary). 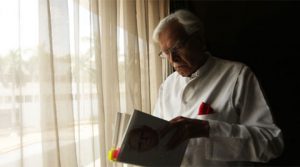 The diplomat-turned-politician last time made news through his autobiography – One life is not enough – the book that chronicled his life as an IFS officer, his relations with Nehru-Gandhi family and his take on the current state of Congress. However, the former union minister has been writing books since his days as a diplomat. Some of his works include Curtain Raisers (1984), Heart to Heart, (2003) Walking with Lions: Tales from a Diplomatic Past, EM Foster a Tribute (1964), Maharaja Suraj Mal (1981). 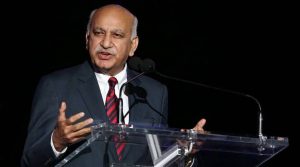 Currently serving as the MoS External Affairs, Akbar has been a veteran Indian journalist and has authored several books. Some of the prominent non-fiction works by him are Nehru: The Making of India (biography of India’s first Prime Minister), Kashmir Behind the Vale, Riot After Riot, India: The Siege Within, The Shade of Swords, a history of jihad. He has also authored non-fiction books Blood Brothers-A Family Saga, Have Pen and Will Travel (2010). 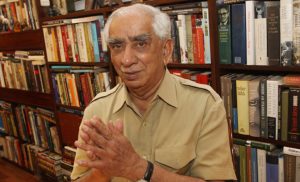 The former Union minister was expelled from Bharatiya Janata Party in April 2014 after he defied party high command’s diktat to withdraw his nomination from Barmer Lok Sabha. The former BJP veteran sent ripples in both India and Pakistan after his 2009 book titled Jinnah: India-Partition-Independence praised Mohammad Ali Jinnah and claimed that the centralised policy of Jawaharlal Nehru was responsible for the Partition. The 81-year-old leader has also authored many books, his latest being India at Risk: Misconceptions and Misadventures of Security Policy (2013), The Audacity of Opinion (2012), A Call to Honour (2006), conflict and diplomacy. 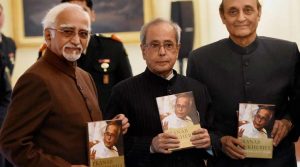 The former Indian President is undoubtedly one of the country’s most seasoned politicians. The Padma Bhushan recipient has served the Indian government in multiple capacities. He was the commerce minister thrice, Finance minister twice (1982 and 2009), and defence minister for one term (2004). The 82-year-old Congress leader has also authored several books, the latest being, The Turbulent Years: 1980 – 1996″ (2016); The Dramatic Decade: The Indira Gandhi Years (2014); Saga of Struggle and Sacrifice (1992); Off the Track (1987), Midterm Poll and more. 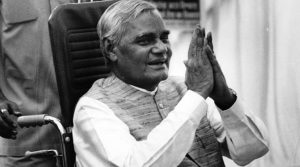 The former Indian Prime Minister may be battling his ill health but in his hay days, he was a man of varied taste. He was not only a statesman with exceptional oratory skills but also a refined writer and poet. His understanding of Hindi language could have very few parallels in political arena. Some of his critically acclaimed works include Bindu-Bindu Vicara (1997), Rajaniti ki Rapatili Rahem (1997), Back to Square One (1998), Decisive Days (1999), Sakti Se Santi (1999), Vicara-Bindu (2000), Nayi Chunauti, Naya Avasara (2002), and more. 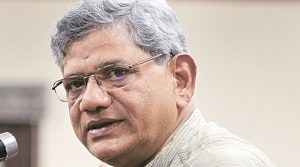 The CPI (M) leader, whose second term in Rajya Sabha ended last month, was one of the most effective performers in Parliament. His speeches were razor sharp and the government often found it hard to counter his arguments in the upper house. The 65-year-old leader has also authored many book mostly based on communist ideology. His notable works include Modi Government: New Surge of Communalism (2014), Ghrina Ki Rajniti (2006), Socialism in a Changing World (2008) Caste and Class in Indian Politics Today (1997).