In the last few decades, we have proudly witnessed the rise of some of the greatest Indians minds. From literature and science to business and culture, Indians have been at the forefront of global change in the 21st century. Besides eminent personalities like Salman Rushdie, Amartya Sen, S Chandra Sekhar whose pioneering work in their respective fields is terrific and admirable, there are many undiscovered Non-Resident Indians who, despite their brilliance in their fields and stellar work, remain unglorified. 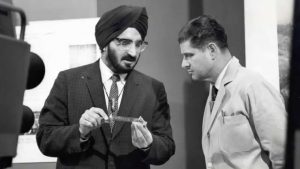 Born in Punjab’s Moga, Kapany is known for his pioneering work in the field of fibre optics, a term he coined himself. He secured a place among the seven ‘Unsung Heroes’ in the businessmen of the Century’ issue of the Fortune magazine. Kapany is credited for revolutionising the way information is transmitted today. His research work also encompassed lasers, biomedical instrumentation, solar energy and pollution monitoring. Kapany briefly worked with Indian Ordinance factory before moving to Imperial College London in 1952 to work on a PhD degree in optics. With his sharp business acumen, Kapany became one of the most successful entrepreneurs. 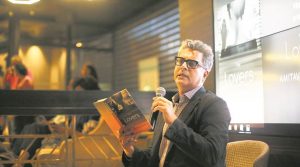 Hailing from Bihar’s Ara, he is a Professor of English at New York’s Vassar College, Kumar is one of the best contemporary English writers of India. Kumar has authored several works of literary non-fiction including the prize-winning book, A Foreigner Carrying in the Crook of His Arm a Tiny Bomb. Besides novels, he has also authored articles for leading dailies and magazines including The New York Times, Granta, NPR, The Nation and so on. He is also the scriptwriter of critically acclaimed documentaries. 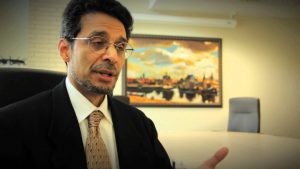 Born into a Parsi family in erstwhile Bombay, Mistry moved to Canada with his wife in 1975. An internationally acclaimed author, Mistry is considered to be foremost authors of modern India. His first book, Swimming Lessons and Other Stories from the Firozsha Bag, a collection of 11 short stories was published in 1987. He gained worldwide acclaim with his second book, Such a Long Journey. The book chronicles the journey of an ordinary man who becomes involved in the politics surrounding the Bangladesh separatist movement in India and Pakistan. His other work A Fine Balance and Family Matters was received well by critics and readers.

Born in UP’s Meerut district, Manu Prakash is a biophysicist of international repute. After completing his B.Tech. in Computer Science from IIT Kanpur in 2002, Manu joined Ph.D. in Media Arts and Sciences at Massachusetts Institute of Technology. Currently, he is serving as an assistant professor of bioengineering at Stanford University. His notable works include a foldable microscope, the Foldscope, folding microscope made from a single sheet of paper, the cost of this microscope is 50 cents (Rs. 30) only. He also invented a computer that runs on water.

Nalin is an acclaimed filmmaker, screenwriter, best known for his award-winning films like Samsara, Valley of Flowers, and Ayurveda: Art of Being. Kumar’s first film Samsara won over 30 international awards while his other directorial, Valley of Flowers was pre-sold in 35 countries and is considered a critical success. Nalin says that Indians are “hungry for good documentaries”. Born in a middle-class family in Gujarat, Nalin was more inclined towards arts since his childhood. More than regular studies, painting and drawing attracted him. He studied Fine Arts at the M. S. University of Baroda and went on to learn design at the National Institute of Design.

Hailing from Gujarat’s Palanpur, the 36-year-old is a computer scientist and inventor. After completing his bachelors in computer science from Nirma Institute of Technology in Ahmedabad, Mistry completed Master of Design from IIT Bombay and Master in Media Arts and Sciences from MIT. Best known for his work on sixth sense technology, Mistry has worked with global giants like Microsoft, Google, CMU, NASA, UNESCO, Japan Science & Technology and so on. Currently, Mistry is the Head of Think Tank Team and Director of Research of Samsung Research America.

Pratury is an entrepreneur, curator, “people collector” whose work includes profit enterprises, venture capital and nonprofit organisations. She worked at Intel Corporation for 12 years before joining venture capital firm Global Catalyst Partners. She featured in the list of ‘100 Most Powerful Women’ by Forbes Asia in 2010. She is also credited to have brought TED to India in 2009 when the first TEDIndia conference was held in Mysore.

Named by CNN as one of the 10 most fascinating people in the world, Raghav began his journey as a cartoonist in 1997. Sans any technological experience, today, Raghav is touted as a multifaceted artist who enviously dabbles in painting, film, installation and multimedia. He is the founder of Flipsicle, his fourth startup which he conceptualised when he was invited by billionaire-visionary Jeff Bezos to share his vision in 2013. He recently launched his interactive iPad app, which inspires open-mindedness. 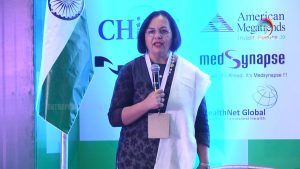 An accomplished technology executive and electrical engineer, Joshi has donned leadership roles in several high-profile companies. Currently, she associated with Google, Inc. where she serves as the Vice President for Product Management. She has been integral in managing Google’s fibre to communities effort, which aims to bring ultra-high-speed broadband access to people across the U S. After completing her B.Tech from IIT, Kanpur, she pursued her master’s in computer engineering from State University New York. She also has another master’s degree in management science and engineering from Stanford University. 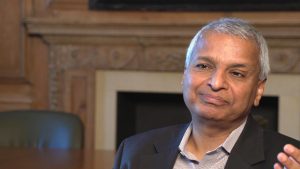 A serial entrepreneur and venture capitalist, Deshpande hails from Karnataka’s Hubli district. After completing his B.Tech from IIT Madras, he completed his is Ph.D in Data Communications at Queen’s University in Ontario, Canada. In the heady days of the dotcom revolution, he became one of the richest persons of Indian origin in the world. Deshpande is the chairman of the US chapter of the NGO, which provides free lunch to more than a million schoolchildren across India. The scale of its operation at Hubli, Karnataka, is impressive.