Egg rolls, idli sambar, moong dal, halwa — these are among the 30 dishes shortlisted for the astronauts flying to space for Gaganyaan, India’s first manned space mission.
According to a recent report, Mysuru-based Defence Research Laboratory has prepared the wide menu which has been sent to ISRO for evaluation. Not just desi food, the menu will also have nutritional bars, fruit juices, almonds and nuts , reports Deccan Chronicle.

“We have sent samples (of the dishes and other eatables) to ISRO for tests with regard to palatability and other factors like zero microbe standards. Some of them will be tasted by the IAF pilots short-listed by ISRO for the space flight. The flavour will be modified to suit their taste,” Dr Anil Dutt Semwal, director of DFRL, told Deccan Chronicle.

For the Indian astronauts scheduled to go into Space in Mission Gaganyan, food items including Egg rolls, Veg rolls, Idli, Moong dal halwa and Veg pulav have been prepared by the Defence Food Research Laboratory, Mysore. Food heaters would also be provided to them. pic.twitter.com/gDgt9BJpb2

Dr Semwal said the food will be wrapped in special disposable packaging material designed to prevent contamination. The eatables can be warmed using the food warmers on board the spacecraft. “Every dish will be mildly spicy but we will provide extra taste makers if the astronauts want to eat highly spiced food,” he added.
Other than the food, the astronauts will also be provided with food warmer technology, stainless steel cutlery, and waste disposal pack , reports Times Of India.

How has astronauts food menu evolved over years?

It is definitely not easy to have liquids and food on zero gravity. Over years food menu for the astronauts have also changed.
John Glenn was the first U.S. astronaut to eat in space in 1962. He ate applesauce, pureed beef and vegetables from an aluminum tube during a Mercury mission. He had to squeeze the food into his mouth. 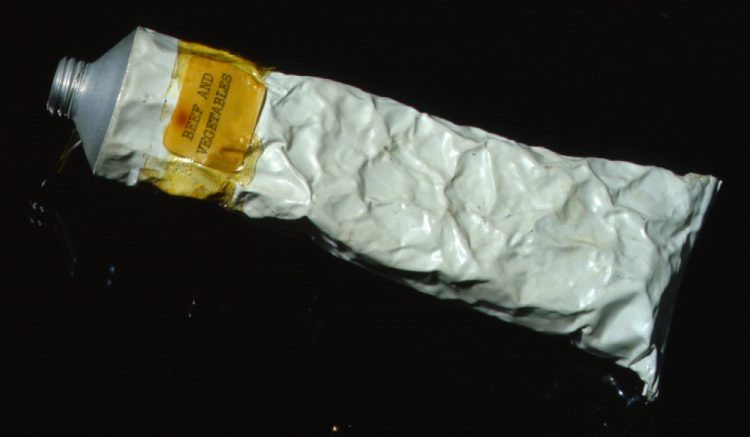 Further, during Gemini missions (1964-1967), NASA dehydrated food and sealed it into plastic bags. The food options also varied from pudding to cocktail sauce.
Astronauts on Apollo Mission were the first to have hot water and eat using spoons and bowls. Today the astronauts have a variety of dishes. The food is dehydrated, thermostabilised or freeze dried, reports Business Insider.
NASA is looking at ways to provide astronauts with nutrients in a long-lasting, easily absorbed form—freshly grown fresh fruits and vegetables. For that NASA is working on space garden prototype, which in the absence of sunlight and gravity will grow veggies using LED light.

Gearing up for Gaganyaan
Prime Minister Narendra Modi had announced the country’s first space mission in 2018.
Indian Space Research Organisation (ISRO) chief K Sivan on Tuesday that all astronauts shortlisted for the trip were men. “I cannot reveal the identities of the four individuals shortlisted for the Gaganyaan mission, but all of them are men,” the ISRO chief told HT.
The four men shortlisted for the programme will receive physical fitness training in Russia for 11 months, but the first spaceflight in December 2021 may carry just one person, he said.
The mission is expected to cost Rs 10,000 crore. The astronauts are likely to begin their training in Russia from the third week of January, the Indian space agency has said, reports The Print.