2016, like most other years, has been filled with controversies on all fronts. With the year having reached very close to its end, let’s take a look at the controversies that hit the nation this year.

OROP Row: The demand for ‘One Rank One Pension’ among ex-servicemen found its voice in January 2016. Several ex-servicemen took to the streets to demand a standardised format, wherein the same pension would be given for the same rank irrespective of the time at which one retires. The government put an end to the protests saying that this issue has been previously resolved and there was not much scope for change within the existent bill.

Smriti Irani- Mayawati rift: The showdown between these two ladies was trigerred by Rohith Vemula’s suicide. Mayawati’s dramatic “Dalit virodhi sarkar nahin chalegi” comment was met with equal dramatization in Irani’s “sar kalam kar dungi” response. What followed was one of the soap opera like scenes which has become quite commonplace in our Parliament. 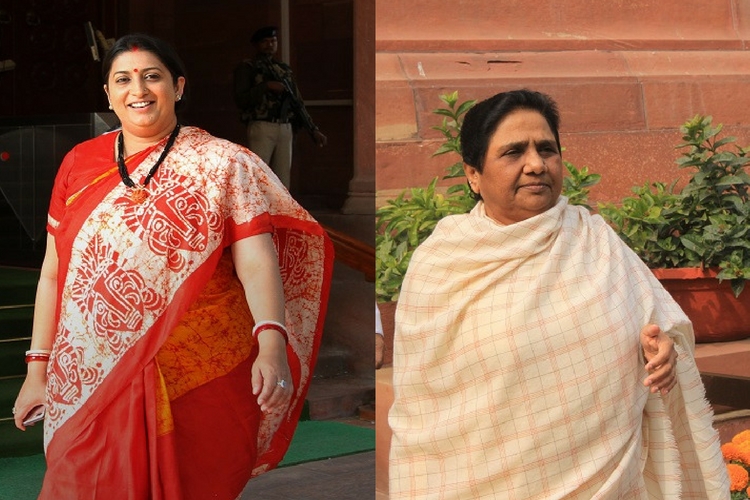 JNU Sedition row: The JNU students union led by Kanhaiya Kumar started a protests against the hanging of Afzal Guru and Kashmiri separatist Maqbool Bhatt. A few controversial slogans added to the already controversial crux of the protest and led to a sedition case against Kanhaiya Kumar. Soon after Kumar and his associates denied having uttered any of the slogans that came under the scanner and were also let off due to lack of evidence. Known for their student activism, this was one of the biggest controversies JNU found a mention in. 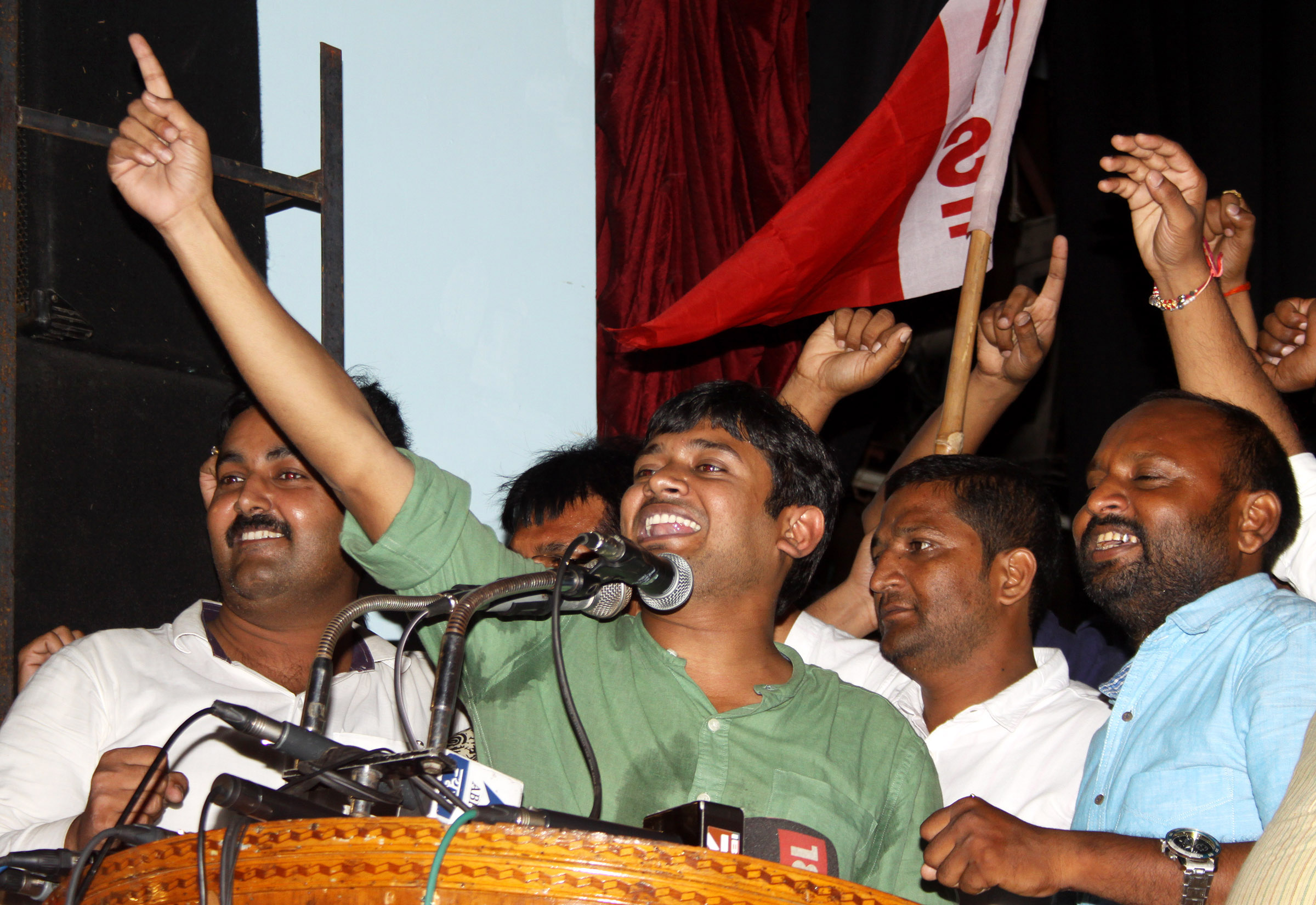 Former president of JNU Kanhaiya Kumar participate in a programme of AISF at Ravindralaya Auditorium in Lucknow on 18.9.2016. Express Photo by Pramod Adhikari

Jat Reservation: While reservation for certain groups has always been a bone of contention for a huge part of the general population, the Jats demanding a separate reserved category for themselves outside of the OBC category led to quite a furore in the country. 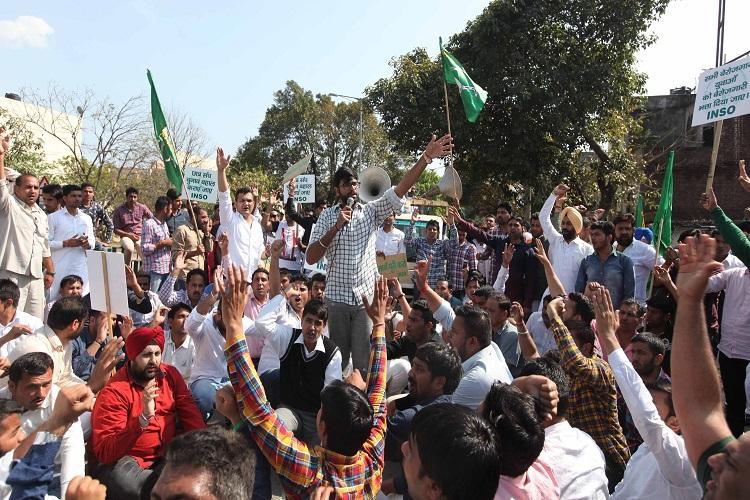 INLD leader Dushyant Chautala, Member of Parliament from Hisar Lok Sabha with his supporters protesting on the issue of Jat Reservation at Panchkula and Chandigarh border on Monday, March 14 2016. Express photo by Jaipal Singh

Women’s Entry Into Sabarimala: The Bhumata Brigade and Trupti Desai made headlines for their demand to secure an entry for women into the Shani Shingnapur temple in Maharashtra. These women led what could be counted as one among the few protests in the country against women being debarred from entering places of worship, in recent times. 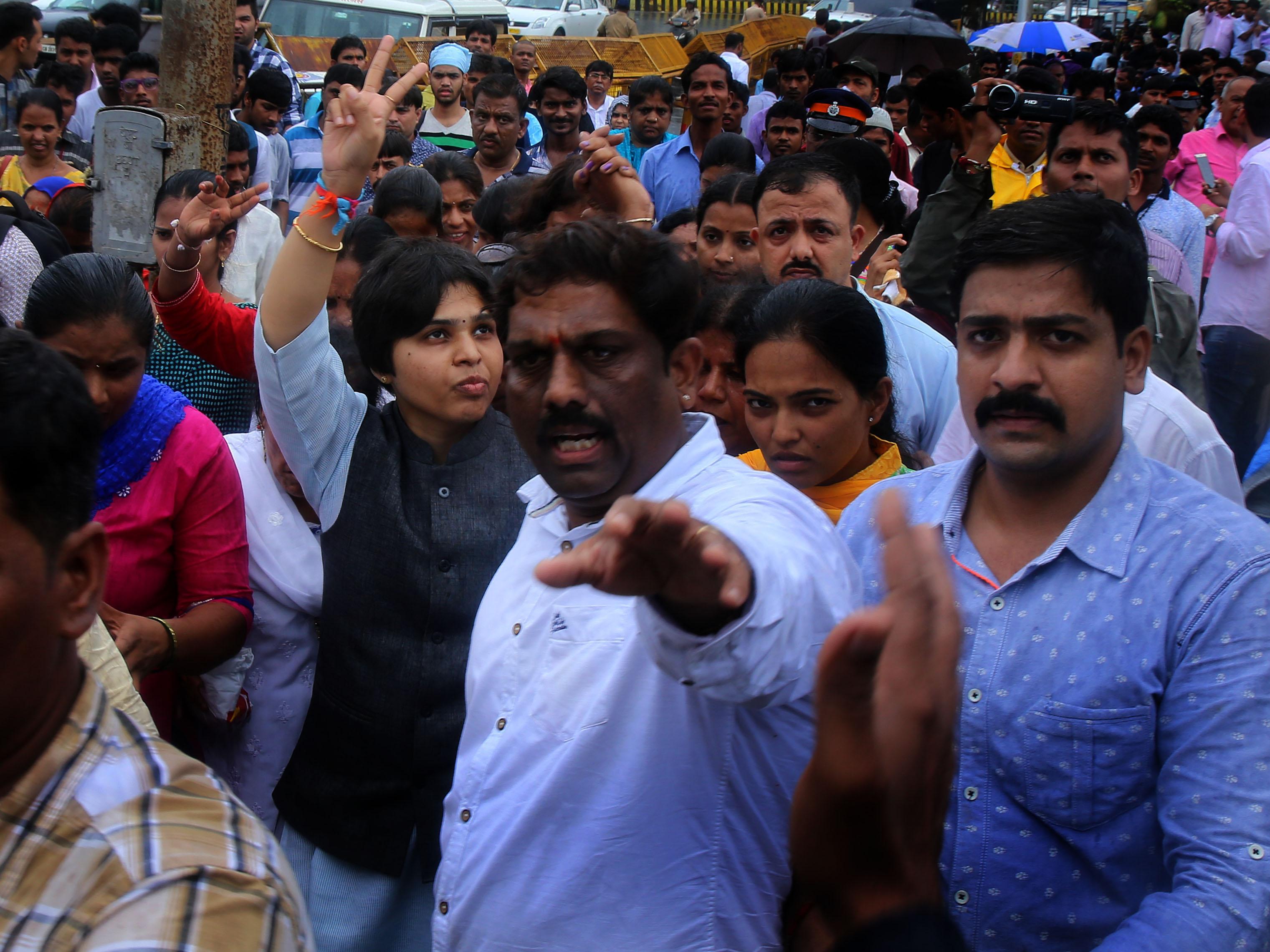 Burhan Wani Aftermath: The killing of Hizb-ul Mujahideen’s commander-cum-poster boy, Burhan Wani kicked off the age old terrorist or martyr debate and heated up the Kashnir valley enough to keep it on fire for several months after. What followed was a series of protests, clashes between protestors and security forces, rubber pellet injuries and the valley under curfew right upto November 2016. 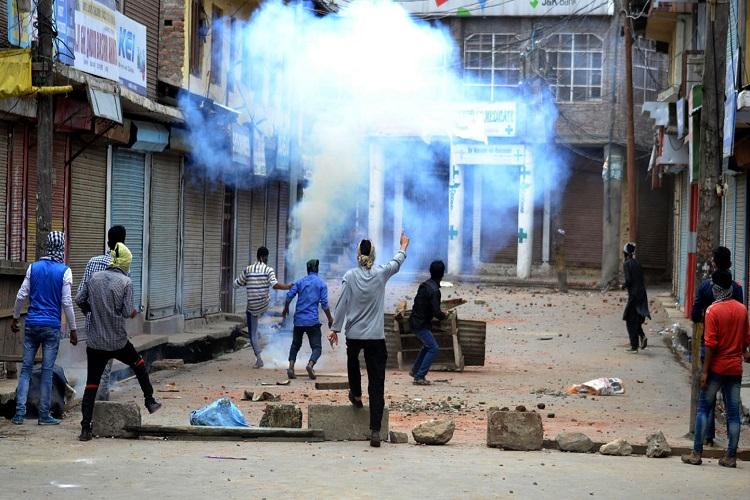 Kashmiri Muslim protesters run towards cover as a tear gas shells explod near them during clashes in outskirts of srinagar. One person was killed Tuesday in fresh firing by security forces in Kupwara district of Jammu-Kashmir. The death toll of those killed in protests against the death of Hizbul Mujhahideen commander Burhan Wani stands at 32. Express Photo by Shuaib Masoodi 12-07-2016

Kairana Exodus: In addition to the long standing Hindu-Muslim divide in the country, the Shamli district in Uttar Pradesh saw the exodus of a large number of Muslim families from the area sans any solid reason. There were several allegations against the members of the Muslim community in the area for having been a party to criminal activities, and a NHRC committee was set up for further investigation into the matter. 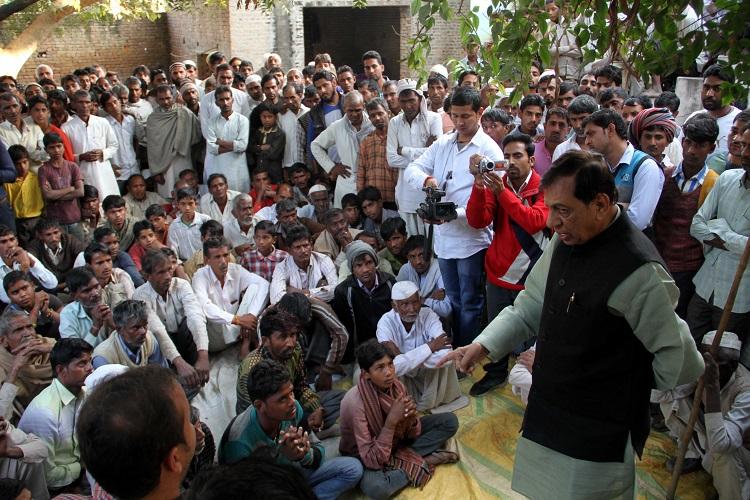 Surgical Strikes on Pakistan: The Indian army carried out a surgical strike on Pakistan on 29 September 2016, after what seemed like an eternity full of ceasefire violations from both sides of the border. Soon after, the govt made this move public. Speculation regarding whether or not the strikes were genuine began and occupied a major share of media attention for a considerable amount of time. 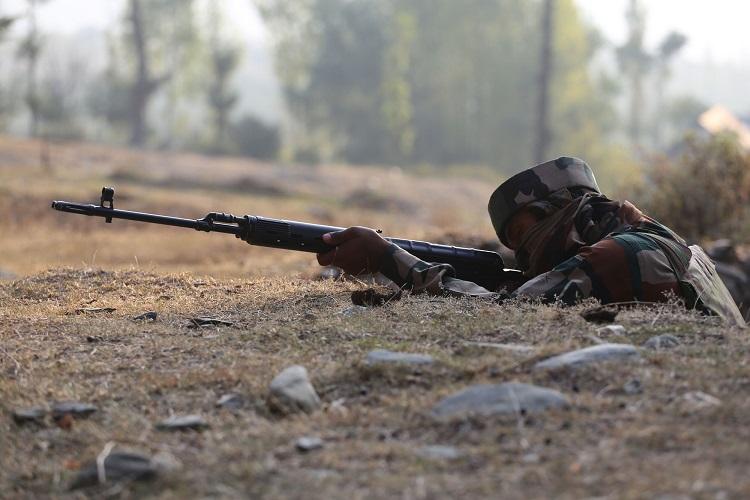 Army sounded a high alert across Line of Control, with army jawans patrolling in Nowgam sector, after Special forces had carried out surgical strikes to destroy seven launch pads along the Line of Control where teams of terrorists had positioned themselves. Express Photo by Shuaib Masoodi. 29.09.2016.

Triple Talaq: For the umpteenth number of time, a debate began in 2016 around the Uniform Civil Code and Triple Talaq and was met with strong opposition from AIMPLB. While some said triple talaq is unconstitutional and it is high time something this regressive is banned; several others including some Muslim scholars took offence to the government interfering with their personal laws. 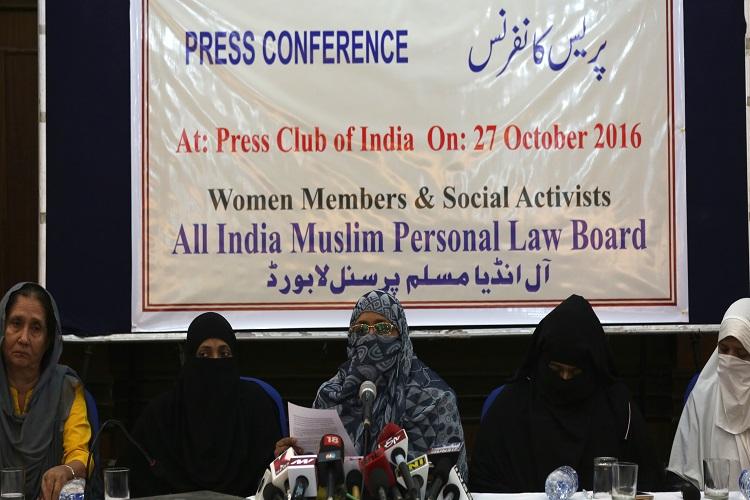 Woman members of All India Muslim Personal Law Board addressing a press conference on the issue of Triple Talaq in New Delhi Thursday. Express Photo by Tashi Tobgyal New Delhi 271016

Samajwadi Party Family Feud: While every political party has witnessed a family feud at some point in time, the SP sure took it to another level. Akhilesh Yadav and uncle Shivpal Yadav made repeated attacks on each other via their decisions and Mulayam Singh was seen siding with his brother. Amar Singh was being eyed as the major cause behind this friction which went on for quite a while until Mulayam Singh ensured was taken right back under wraps. 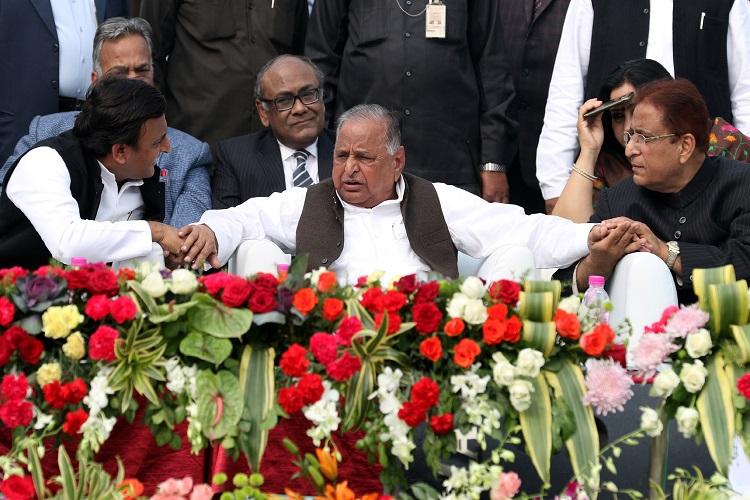 So while you wait for 2017 to make an entry, these controversies from the previous year shall keep you entertained!