There is a strange connection between cinema and politics in India. It has become a norm that politicians would invite superstars during elections knowing their ability to draw huge crowds. There are many stars who chose to dabble in politics especially when their films did not perform at the box office. In South India, stars like MGR, NTR, Jayalalithaa met with unprecedented political success as they largely identified with strong political ideologies of their times and thus became strong representative of their regional culture and language.

However, most of the stars from Mumbai had a bright but brief political stint as they only relied on their stardom and rarely connected with the grassroot level. Here we have enlisted 9 actors from Bollywood who tried their hand in politics but quickly realised it is not their cup of tea. 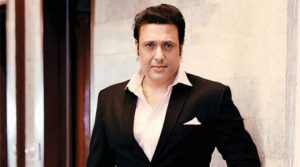 The actor began his political journey by joining Congress and contesting Lok Sabha election from his home turf Virar in 2004. He defeated BJP’s Ram Naik by a margin of over 48,000 votes. However, his tenure in Parliament was marked by poor attendance and alleged inactivity. Struggling to revive his acting career, Govinda announced that he would never return to politics. “Politics was never in our blood and in our family..I will never return to it,” he told The Times of India. “It was a big mistake to join politics. If I am given a chance to change all that then this is one part of my life I would always like to change,” he had said. 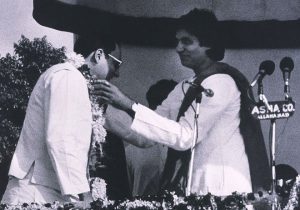 Bollywood’s megastar Amitabha Bachchan also tried his hand at politics. He contested as Congress candidate from Allahabad seat in the 8th Lok Sabha elections in 1984 and defeated former UP chief minsiter H. N. Bahuguna by a huge margin of over 68% of votes. However, the superstar resigned after three years when a newspaper reported that he and his brother were involved in the scam involving Swiss arms manufacturer Bofors. Even when his name got cleared nearly two and half decades later, he vowed to never to return to politics. He had said that he “didn’t understand politics and ‘there’s absolutely no question’ of him getting into it in any capacity”. 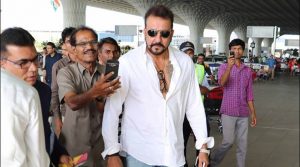 Sanjay Dutt was associated with Samajwadi Party for a short period. He was persuaded to contest the 2009 Lok Sabha elections as a candidate for the Samajwadi Party but withdrew when the court refused to suspend his conviction. He was then appointed General Secretary of the party, leaving that post in December 2010. In an interview with Mumbai Mirror, the actor had confessed, “Politics is totally over for me. I have realised that politics meri jagah nahi hai. I cannot lecture or spin lies.” 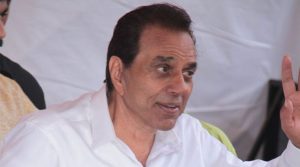 Yesteryear actor Dharmendra may be an action star but his stint in Parliament almost saw no action. He was elected as a Member of the Parliament in the 2004 general elections, from Bikaner on BJP ticket. However, he rarely attended Parliament when the House was in session and preferred to spend his time in shooting for films. Dharmendra did not ask even a single question or participated in any debate and his attendance was a dismal 1.5 per cent. 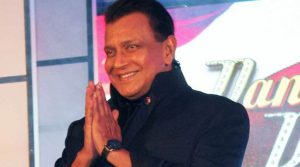 Chakraborty was nominated to the upper house by West Bengal Chief Minister Mamata Banerjee for the TMC in 2014. However, his stint as MP was marked by poor attendance, having attended Parliament for three days only prompting speaker PJ Kurien to question his vanishing act once. He also did not participate in any debate or ask even a single question in the House. He resigned from Rajya Sabha in December last year citing poor health condition. 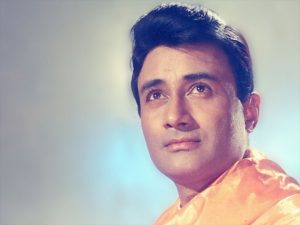 The legendary actor dabbled into politics when former prime minister Indira Gandhi imposed Emergency in India. He floated his own national party- the National Party of India (NPI) to take on the might of Gandhis. In his autobiography aptly titled Romancing With Life, Dev Anand recalled the slogan “Indira is India, India is Indira” and referred to Sanjay Gandhi as the “Pampered young Prince”- “……I knew I had become a marked man for the Sanjay coterie,” he wrote. However, he later gave it up because he could not find right candidates to contest the polls. 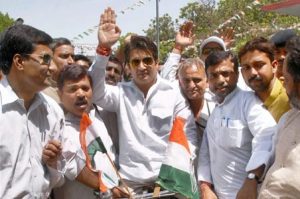 Actor Shekhar Suman was a Congress candidate from Patna in the 2009 Lok Sabha polls pitted against Shatrughan Sinha of the BJP, an election he lost. He later resigned from Congress and announced that he will not return to politics again. “I have already resigned from the primary membership of Congress because of my preoccupation in Bollywood. I cannot do justice to party work with both my hands already full with prior commitments so I decided to quit,” Shekhar had told reporters. 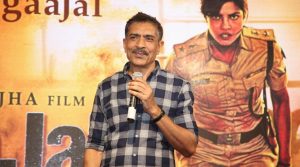 Director-actor Prakash Jha contested and lost the election to Lok Sabha thrice. His first defeat came from his native Champaran in 2004 general elections. He again lost the election to Lok Sabha in 2009 as Lok Janashakti Party candidate from West Champaran. He contested 2014 Elections as a JD(U) candidate from Bettiah but faced defeat being second on the list. 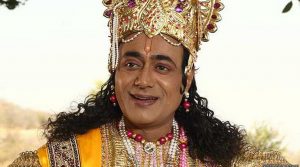 Bharadwaj who gained stardom with his iconic depiction of Lord Krishna in Mahabharat won from Jamshedpur in 1996 Lok Sabha elections. He lost to Laxman Singh (brother of then chief minister of Madhya Pradesh, Digvijaya Singh) in the 1999 Lok Sabha elections. However, he left the party after he was denied ticket in 2004. He alleged that BJP willfully ignored his potential as he made some people in the party insecure.