‘In politics, there are no permanent friends or foes.’

But friendships do matter in a political ecosystem as diverse as ours. After all, no political leader has ever been sworn to power without the support of friends from within the fraternity, right?

This Friendship Day, we look at five such friendships that are as astonishing as they are influential: 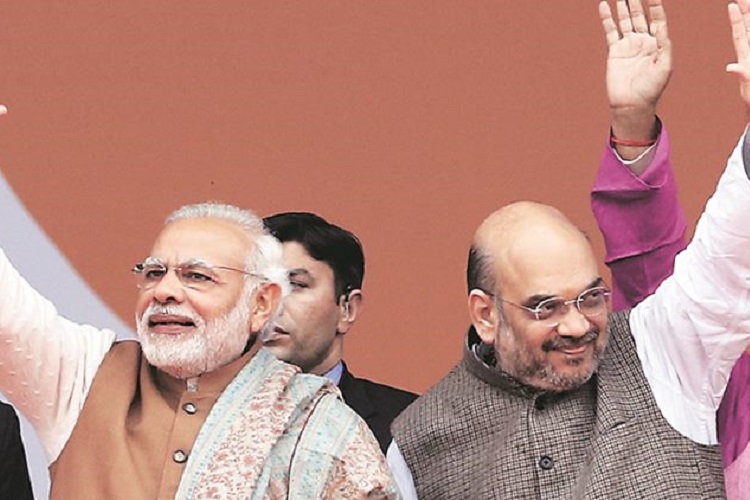 Arguably, the most successful political partnership in India today, the Modi-Shah jodi dates back to their days in Gujarat, even before Modi became the chief minister of the state. Sheela Bhatt, a senior journalist in an Indian Express article wrote during the 1990s in an election rally, Shah told Modi “Narendra bhai, get ready to become Prime Minister of India,”

When Narendra Modi was the chief minister of the state, Amit Shah was the second-in-command and held several portfolios, including home ministry. And when the former was elected as the head of the government, the latter was appointed as the ruling party’s president. Once considered outsiders in the national capital, the two now are the biggest power centres in the country. When Modi was sworn in as the Prime Minister, it was thought that Shah, his trusted lieutenant would take over the chief ministership of Gujarat. However, Shah went to Delhi and was appointed as the president of Bharatiya Janata Party.

In August 2016, a BJP parliamentary board meeting was organised in Ahmedabad to discuss who would succeed then chief minister Anandiben Patel. “Discuss any name except Amit Shah,” was Modi’s firm message to the party, reports Hindustan Times. 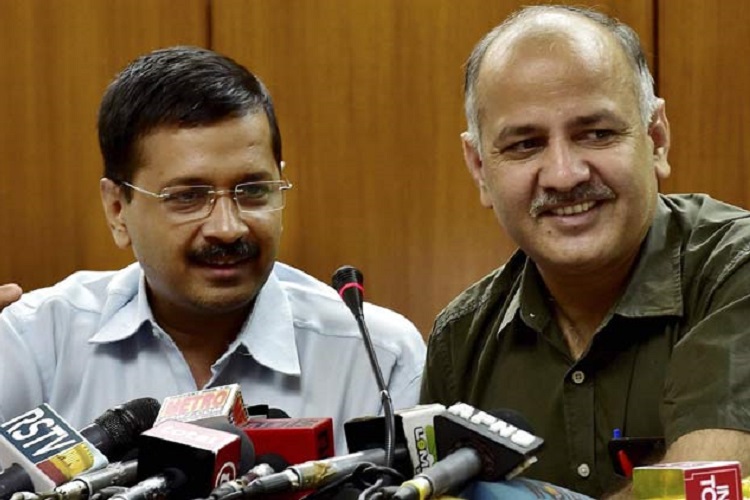 When it comes to retaining friendships in politics, Aam Aadmi Party supremo and Delhi chief minister, Arvind Kejriwal doesn’t have a great record. From Anna Hazare to Kiran Bedi, from Prashant Bhushan to Yogendra Yadav, many trusted members of Kejriwal’s squad have deserted him for varying reasons. Even his close aide Kumar Vishwas often makes statements indicating rifts within the party. But one man who has stood with Kejriwal in all the good and bad times has been Manish Sisodia. Be it while implementing government policies or while doing the occasional ‘dharna stunts’, the deputy chief minister of Delhi is always seen standing next to Kejriwal. A former journalist and social activist, Sisodia always makes it a point to give it back to the Opposition whenever Kejriwal or the party is being attacked. The duo came into limelight during the Indian Against Corruption movement in 2011 and constantly been seen publicly supporting each other. 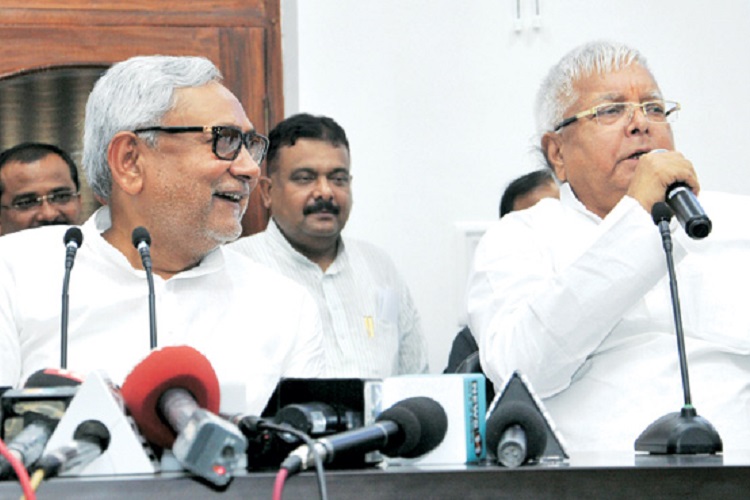 Confused? Well, Rashtriya Janata Dal chief Lalu Prasad Yadav and Janata Dal (United)’s Nitish Kumar are the country’s most popular frenemies. Inspired by the ideologies of socialist icon Ram Manohar Lohia, the two started off their careers in the 1970s during the Jayaprakash Narayan movement. The young student leaders from Bihar were together jailed when they protested against Indira Gandhi-imposed Emergency. There are several interesting anecdotes of their stint in jail. Both were a part of Janata Dal, a socialist political party which had stalwarts like George Fernandes. All was well between the two till 1997 when Lalu parted ways and formed his own Rashtriya Janata Dal. Nitish, on the other hand, formed an alliance with the Bharatiya Janata Party and became the union minister for railways a year later. Their friendship converted into rivalry that lasted for almost two decades. But in 2015, RJD joined hands with JD(U) to form a government in Bihar, a move which took everyone by surprise. But two years later, Nitish broke the alliance and partnered with BJP owing to allegations of corruption against Lalu’s son who was a part of the state cabinet. Even though Lalu and both his sons have always criticised Kumar and his politics, ‘chacha’ Nitish attended Tej Pratap’s wedding and gave him his blessings. 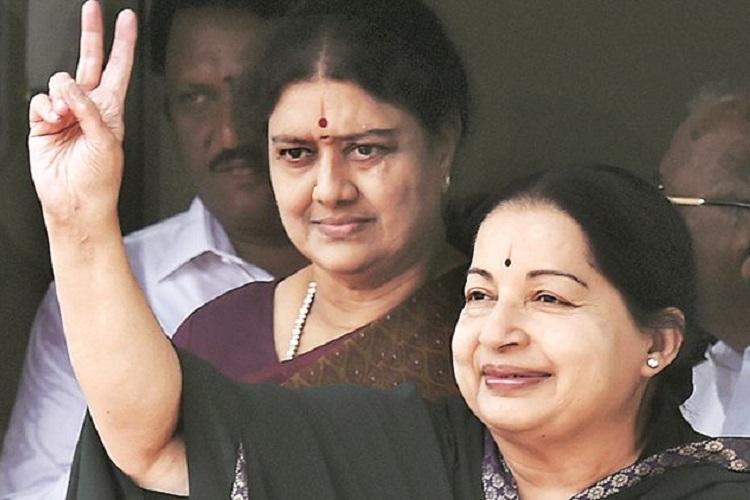 The late J Jayalalithaa, one of the most powerful women leaders in Indian politics was the sole commanding authority in her party All India Anna Dravida Munnetra Kazhagham (AIADMK). But Amma, as her followers liked to address her, had a close confidante in Sasikala who stood by her for almost three decades. Sasikala Natarajan was Amma’s soul mate, sister, political advisor, confidante, housekeeper and a friend who stood by her all the time. Sasikala started off as AIADMK’s videographer and later became Amma’s second-in-command. Sasikala shared space with Jayalalithaa at many public events. Jayalalithaa adopted Sasikala’s nephew Sudhakaran and threw a lavish wedding for him. In Jayalalithaa’s reclusive life, the indispensable Sasikala was the only person who shared the former’s moments of victories and failures. Even during Amma’s 75-day hospitalisation before her death, Sasikala was by her side. 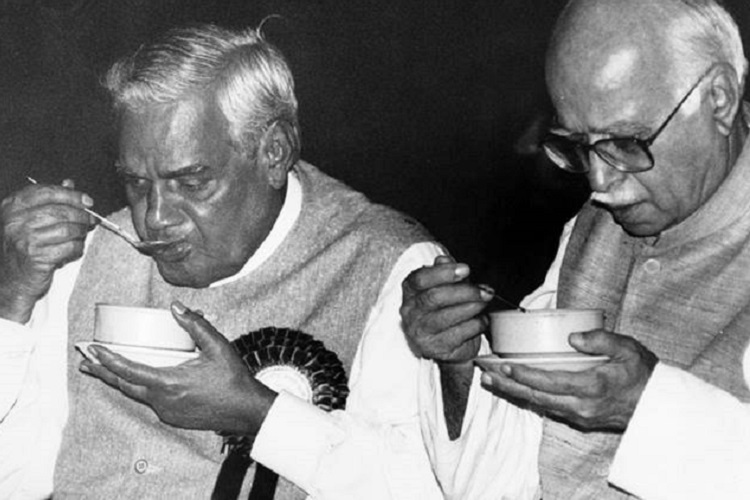 It was in the 1950s when Vajpayee and Advani started off their careers as members of the Bharatiya Jana Sangh which later came to be called as the Bharatiya Janata Party. Both took an active part in the anti-Emergency movement in the 1970’s where they protested against Indira Gandhi-headed Congress. BJP, which is today the largest political party in the world, owes its credit to Vajpayee and Advani who played a pivotal role in its formation. During Vajpayee’s prime ministership between 1999-2004, Advani served both as the home minister and deputy Prime Minister (2002-04).

In his blog, Advani said that the two shared a special bond of friendship and in their younger days, the two would go Connaught Place in their scooter to have golgappas. The two also had a mutual interest in films and books. “During that period when he was prime minister, if anyone went to him with a problem either of the government or the party, his invariable answer would be ‘Advani-ji se baat ho gayi? Kar lo ek baar’ (Have you spoken to Advani, please speak to him once), almost every time,” Advani wrote.