Sikkim, the first fully organic state of India, has won a coveted award for leading the way in sustainable food practices in the country. The north-eastern state has been conferred with the United Nation’s Food and Agriculture Organisation’s (FAO) Future Policy Gold Award for promoting agroecological and sustainable food systems.

The Himalayan state beat 51 nominated policies from 25 different countries of the world to win the Future Policy Award 2018. Sikkim chief minister Pawan Kumar Chamling was felicitated with the honour during the World Food Week at headquarters of the Food and Agriculture Organization in Rome, Italy.

Agroecological policies from Brazil, Denmark and Quito or Ecuador bagged silver awards. Maria-Helena Semedo, Deputy Director-General of the Food and Agriculture Organization (FAO), said that Sikkim’s experience shows that “100 per cent organic is no longer a pipe dream but a reality,” as quoted by Thomson Reuters Foundation, Rome. 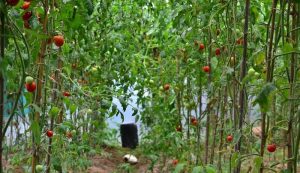 Here are some of the significant steps that helped Sikkim become a 100% organic state and bagged her an award.

1) It was 15 years ago in 2003 when the Pawan Chamling-led government decided to make Sikkim an organic farming state through a declaration in the legislative assembly. Organic farming not only ensures long-term sustenance of soil fertility but also the protection of environment and ecology. It also promotes healthy living.

2) Later, the state also stopped the import of chemical fertilizers and their was sale banned. They had to struggle a lot initially during its transition phase when the government banned the consumption of non-organic agricultural and horticultural items. Farmers therefore had no option but to go organic.

3) The cultivable land in Sikkim for the last 15 years has been enriched using organic manure.

4) In January 2016, Sikkim became India’s first completely organic state as it employed the method on over 75,000 hectares of agricultural land.

5) The hundred per cent transition has benefited more than 66,000 farming families and the state’s tourism has grown by 50 per cent between 2014 and 2017.