Defeating fake news emerged as big challenge for authorities in 2018. An avalanche of misinformation was shared on social media with an intention to mislead people, spread false propaganda and to fan communal sentiments. At least 25 people were killed by mob in separate incidents fuelled by fake WhatsApp rumours of child kidnapping. Following a spate of incidents, the IT Ministry released draft amendments, which suggest social media and online platforms would need to enable tracing of originators of information when required by government agencies that are legally authorised.

Here is our compilation of top fake news of 2018 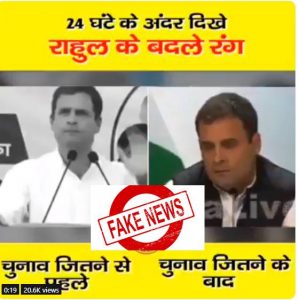 A viral video clip of Rahul Gandhi making a U-turn on loan waiver promise turned out to be fake. The video was mischievously-edited to spread misinformation. The misleading video shows Rahul saying ” loan waiver is not a solution.”  However in the original video, Rahul said, “I have said this in my elections speeches too that loan waiver is a supporting step. Loan waiver is not the solution. Solution to farmers’ distress will be a much complex process. Solution will come by building infrastructure and technologies for farmers.” 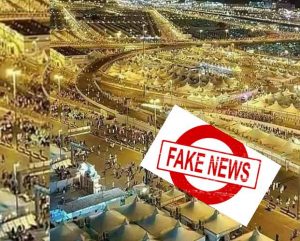 Social media users widely shared an image claiming it to be grand preparation by the Uttar Pradesh government for the Kumbh Mela. However, the image was not from Prayagraj but from Saudi Arabia’s Mina Valley.

3) White markings on the Statue Of Unity  propagated as cracks 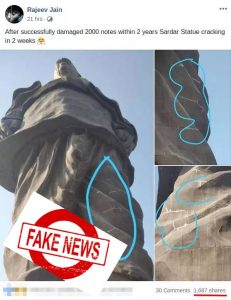 Certain sections of the statue of unity with white markings was highlighted with a blue outline amid claims that cracks have developed on the statue which was inaugurated with much fanfare on 31 October 2018. However, it turned out the white markings were not  cracks but points where individual blocks were joined. 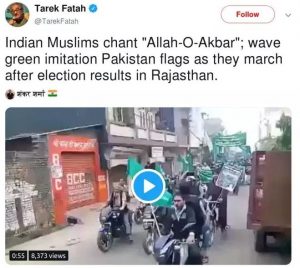 Controversial Canadian author posted an old video falsely claiming that Muslims were waving Pakistani flags after Congress win in the Rajasthan assembly elections. The video belonged to Uttar Pradesh and NOT Rajasthan as falsely claimed by Fateh. Also the flag in the video are actually representative of the ‘Indian Union Muslim League’ 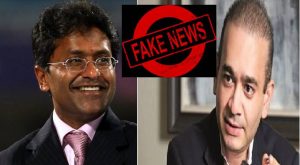 In June, several news outlets reported files of Nirav and Lalit Modi were feared gutted in a blaze at Mumbai Income Tax Office. The news expectedly was circulated widely on social media platforms. However, the income tax department later rubbished the report.

News reports appearing in some sections of media alleging that records/documents relating to investigation of Nirav Modi/Mehul Choksi have been destroyed in the Scindia House fire in ITOffice,Mumbai are completely false & misdirected @PMOIndia @FinMinIndia @arunjaitley @adhia03 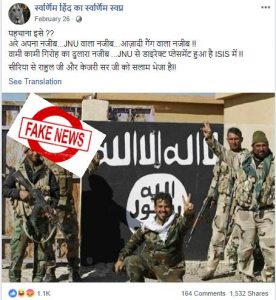 A discredited story of 2017 linking JNU’s missing student Najeeb with ISIS was circulated again on social media. Several members of the ruling party lent credence to this rumour by spreading this fake news on social media.  This happened even as Delhi police has refuted the report in a statement which said that there was no evidence to suggest Najeeb had accessed ISIS videos and other material.

7) Still from Bhojpuri movie portrayed as atrocity against Dalits 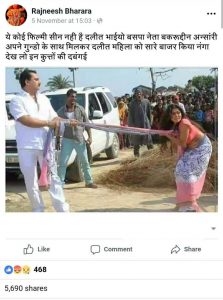 A still from a Bhojpuri movie was peddled as rape attempt on a Dalit woman by a BSP leader. It later emerged the still was a part of 2014 film “Aurat Khilona Nahin”,