An increase in attacks on Muslims and low-caste Dalits by self-styled gau rakshaks (cow vigilantes) have drawn everybody’s attention to the issue of growing vigilante attacks in India.

Amid ongoing debate over whether the cow protection groups get patronage from the ruling Bharatiya Janata Party (BJP) government or not, a video shot in Goa has gone viral for all the wrong reasons. The video was posted on social networking website Facebook, claiming that gau rakshaks thrash foreign tourists after they pushed a stray cow.

Aires Rodrigues, a resident of Ribandar, Goa posted this video on Facebook on April 16 and wrote: “This video has gone viral across the world. It was shot by a foreign tourist on a Goa Beach. A foreign lady tourist tried to move the *COW* away from her. For this reason she and her family members were mercilessly beaten up. Cow vigilants of the BJP making India shining? “Incredible India for Cows”! 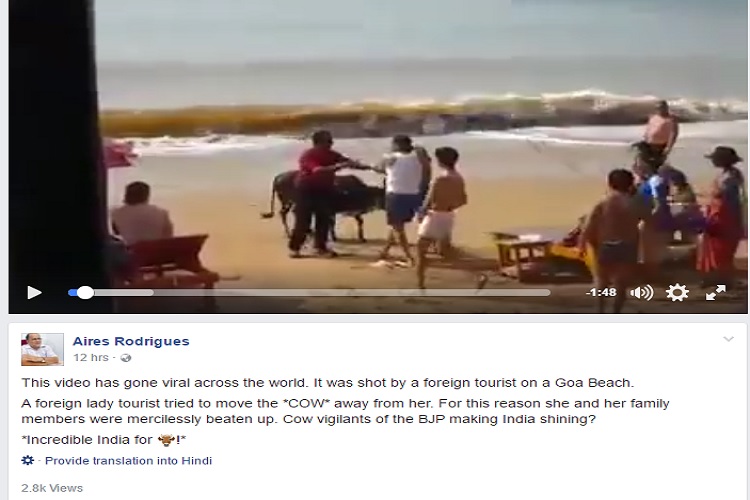 After the video was posted, many took to Facebook and lashed out at the cow protection groups ‘for their acts’. Floriano F Fernandes commented on the post, “Madness, now Indians are trying to change the moral and civil laws where they want to prove our ignorance. Ideology taking toil on Indians.”

Another Facebook user expressed his displeasure and wrote: “Wtf has this come to….This can’t be as described.”

His post has been shared 55 times and the video has been watched by over 2.9K people. 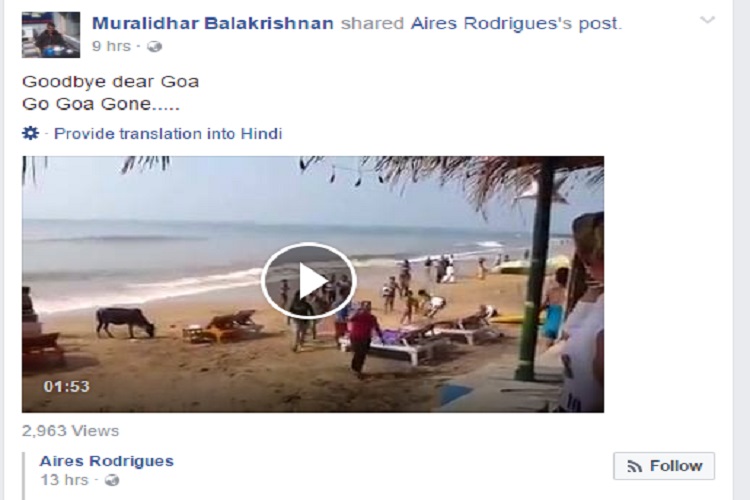 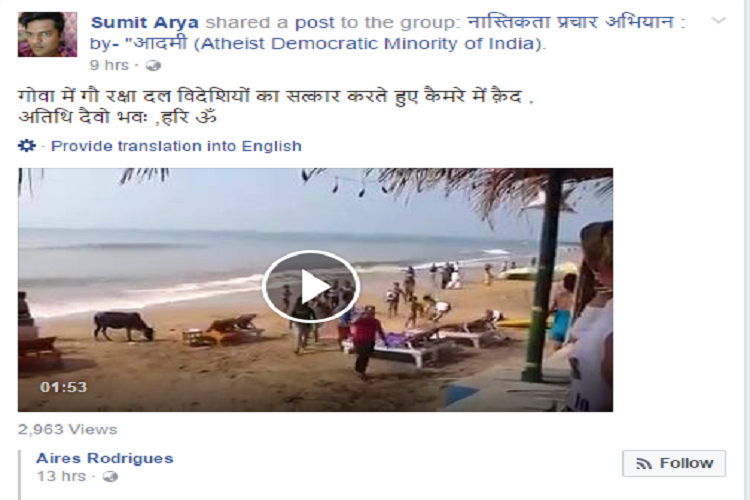 The video was indeed shot in Goa but it is old and the reason that the foreign tourists were beaten was after quarrel broke out between a restaurant owner and them over using restaurant benches without paying money. In Goa usually one has to order some food or drinks to use such benches.

(This is the original video which was shot in 2012)