In March 2018, veteran cricketer Rahul Dravid was named the brand ambassador for Karnataka assembly elections.  A non-controversial cricketer who was known for his fair play and gentlemanship, Dravid was chosen to showcase that the elections are conducted in a fair manner. But this year, he will not be to vote in the Lok Sabha polls scheduled on April 18.

Putting an end to the debate that has been doing the rounds for the past few days, the Election Commission has ruled that Dravid will not be allowed to vote in the Lok Sabha polls. The Chief Election Commissioner’s (CEC) office turned down his request to grant him voting rights.

According to a report by The Times of India, Karnataka’s Chief Electoral Officer Sanjiv Kumar submitted a report to CEC to ask how Dravid had missed his enrolment as a voter. But his special request was turned down by the CEC’s office. On April 16, Kumar met Dravid to inform that he won’t be able to vote.

On April 14, Rajiv Shukla, a senior cricket administrator and chairman of the Indian Premier League (IPL)  had urged the election commission to include his name in the list.

Amazed to know that brand ambassador of election commission Rahul Dravid who is appealing everyone to vote to save democracy, himself is not a voter. Even if he has not applied on time EC can always get included his name in the voter list @RahulDrav11d 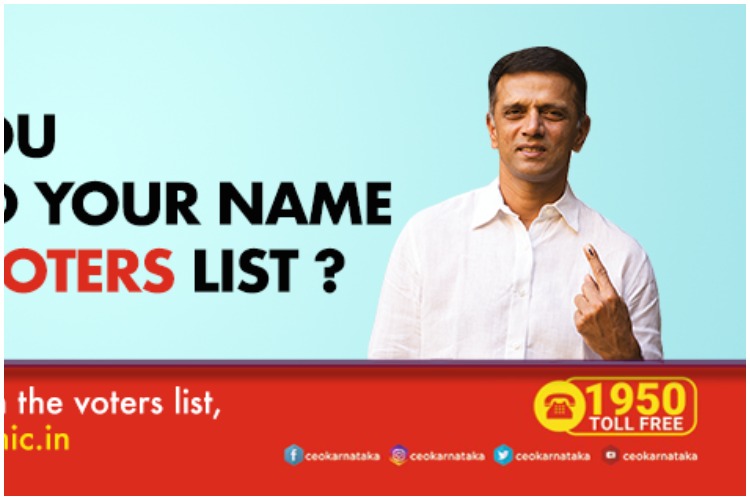 Why was his name removed?

According to the District Election Officer, N Manjunath Prasad, Dravid’s brother had submitted the application (Form 7) requesting to remove his name from the voters’ list from his ancestral house in Indira Nagar.

Dravid reportedly failed submit Form 6 by March 16, which was required to enable him as a voter from his new residence in Ashwath Nagar. The officials also said that they went to his house thrice as per the procedure but no one turned up for verification, reports The Indian Express.

Meanwhile, Dravid, on the other hand hasn’t responded to the issue till now.