“I knew I couldn’t dance because of my physical disability or I couldn’t sing because I’m a terrible singer, but words are something I fell in love with at a young age. I was often asked to speak at the morning assembly,” says 31-year-old Nipun Malhotra, a regular TED speaker, who runs a disability rights organisation.

Nipun was born with a disability called Arthrogryposis, a condition that doesn’t allow the muscles in the arms and legs to fully develop. “The first three or four years of my life were filled with various operations, injections, visits to hospitals, etc. So I didn’t really attend nursery and kindergarten that much and was mostly home-schooled,” Nipun says.

When the time came for him to be enrolled into school, Nipun’s parents decided that they would send him to a regular school to ensure he gets conditioned to the life around people without any disability. Nipun realised early on that going to a regular school meant he was always going to be the odd one out. “As a child on a wheelchair, I was pretty visible and very omnipresent. And the one disadvantage you have is that you can’t really bunk classes because everybody notices that the boy in the wheelchair is missing,” Nipun said. 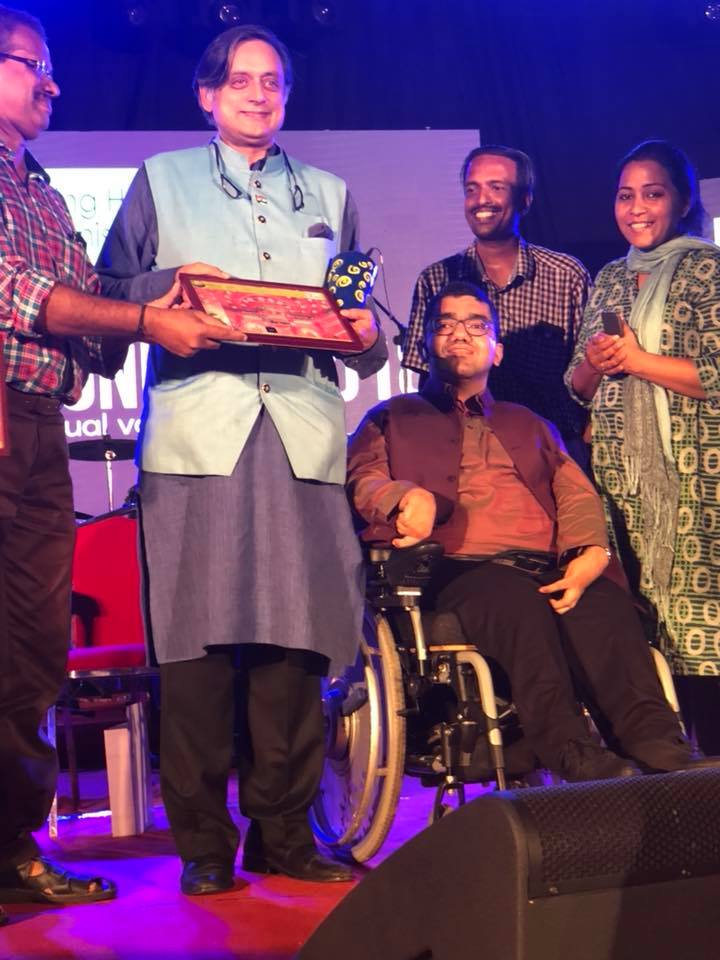 “I was a loner in school. Probably because my classmates were unsure about how to treat someone with a disability. I soon became the class nerd and utilised my time studying while my ‘popular’ classmates would waste time on evrything else but lessons. So those who would treat me really badly, eventually realised that they need me to catch up on all the stuff that they had left pending. It was quite funny to see how they would bend over backwards to do anything for me,” says Nipun, the ‘Global Shaper’ with the World Economic Forum.

Most good students are invariably teacher’s pets, but life wasn’t that simple for Nipun. While most people were unaware of how to approach him. Most teachers would either treat him with extreme sympathy or completely avoid him. He found strength in two teachers who pushed him to realise his potential.

Two teachers – Ms Manjari Rattan (who taught Geography) and Ms Sonia Kapoor (who taught business studies) – constantly challenged him to push boundaries. Manjari said, “He (Nipun) was always a naughty child, always quick to convince the teachers to give everyone a free period. I realised that he had this passion for learning and the ability to focus by shutting out everything that’s not relevant to him. He always had questions and was always willing to know more, which is a great quality in a student.” 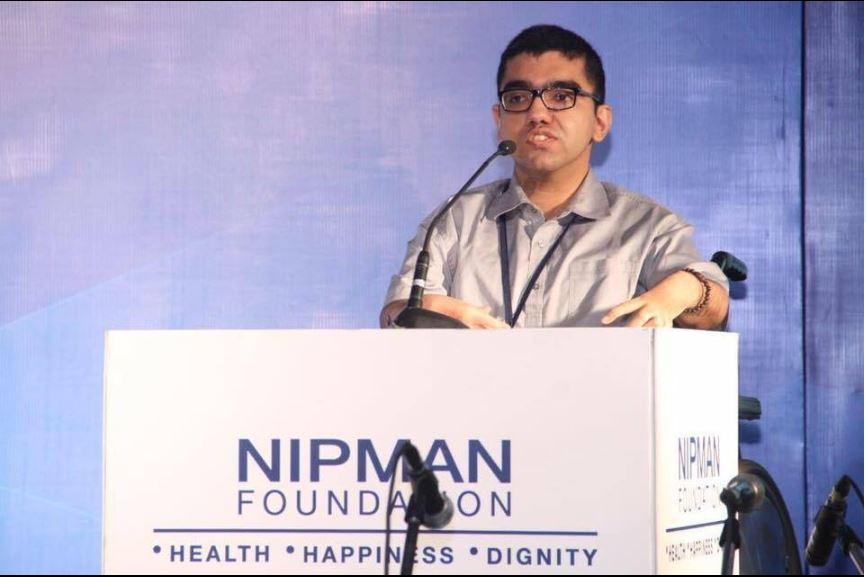 His other favourite teacher, Sonia Kapoor, taught him business studies. “Nipun never let me move forward till he completely understood a topic. I remember meeting Nipun’s mother during a PTM (parent-teacher meeting). She told me, ‘For the first time, I know I own shares in a company and that I am supposed to receive the dividend.’ I realised he was actuallly learning what he had learnt in class because he understood it, and then applied it in his life.” Nipun also ended up topping the country under her guidance.

For Kapoor, the true moment of pride came when Nipun got through St Stephen’s College in Delhi and campaigned to make the college disability-friendly, by making ramps. “The fact that he made the college realise what all disabled persons need was extremely admirable. Now, he is helping more people from the disabled community to get healthcare and advocacy. He has become an icon for the differently-abled and is a shining example of how everyone can turn their life around,” she said.

After that initial push, there was no stopping Nipun. Now, he works for those who need a bit more help than he did. Apart from helming his disability rights organisation, Nipun has also made the Delhi government exempt disabled persons from the Odd-Even scheme. A routine advisor with NITI Aayog on issues of the differently-abled, Nipun makes sure his activism makes an everlasting change.