Activists Kuhu Das and Jeeja Ghosh, who were on their way to speak at a forum on rights of women with disabilities, were allegedly “humiliated” at the Kolkata airport on Sunday.

Kuhu Das and Jeeja Ghosh were among the four representatives from Kolkata, who were travelling to New Delhi to attend the United Nations conference to discuss the rights of women with disabilities.

Kuhu Das, secretary of the Disability Activists Forum, is a polio survivor who walks on titanium callipers. On Sunday, a woman CISF officer asked Das to remove trousers for the security check. “For a moment, I couldn’t believe my ears. It was absolutely shocking and utterly humiliating. I have taken so many flights but never asked to do what the officer told to do on Sunday,”  Das told TOI.
“When I refused, she called another officer and right in front of me, she told her colleague that she had never seen anyone like me before. It was like I had come from another planet. How insensitive is that?” Das said in a statement to BBC. 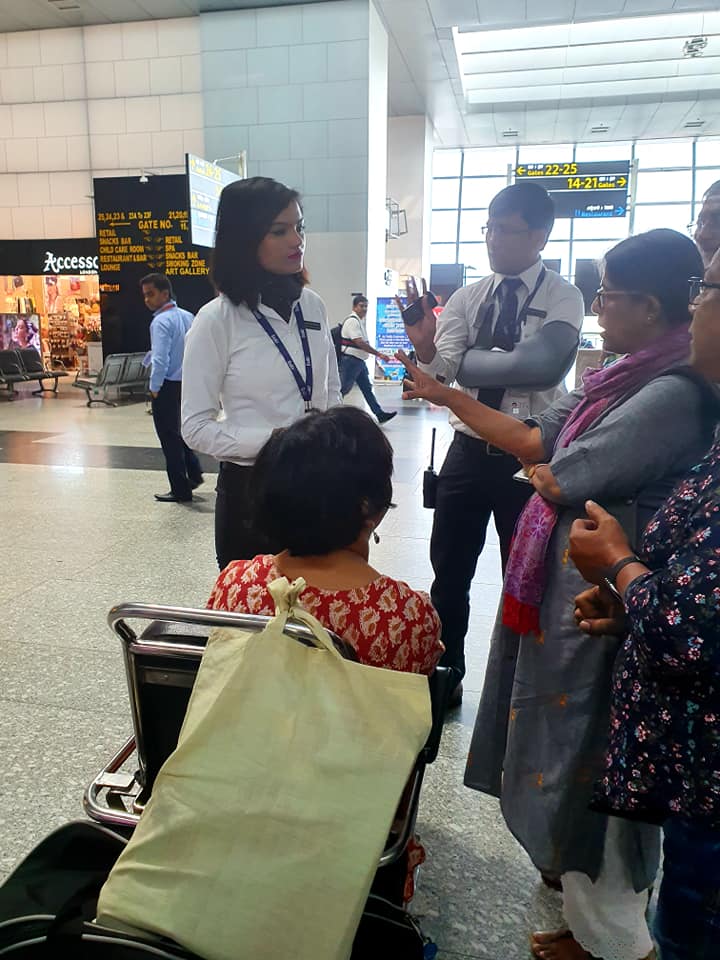 Jeeja Ghosh, who has cerebral palsy and is wheelchair-bound was told by the GOAir ground staff that she cannot travel without an escort.

“I had requested a wheelchair, but that took ages to arrive. When I contacted the airline, the person who answered said that they are short-staffed and when I finally reached the check-in counter, the staff said I could not travel unescorted,”  Ghosh told TOI.

Responding to the incident, a CISF official told TOI that they “checked CCTV footage and sorted the matter with the woman officer who had asked Das to remove her trousers”.“Our officer had asked the woman to show her callipers, which is standard checking procedure. There was no intent to embarrass her,” he said.
Kolkata airport authorities also tweeted an apology to the two activists.

We would like to sincerely apologise for the inconvenience caused to Ms Jeeja Ghosh & Ms Kuhu Das during check-in process at #KolkataAirport. The matter is being strongly taken up with concerned teams to ensure that such incidents does not happen again.@AAI_Official @MoCA_GoI

In 2017, the Central Industrial Security Force (CISF) said passengers with disability will not have to remove prosthetic limbs for security check at the airport. In addition, the CISF also decided not to screen wheelchairs through X-ray as it causes inconvenience.