While estimates say that nearly 40 million Indians are visually- impaired, in how many restaurants have you seen seen menus which are accessible for them?
Well, restaurants in Delhi will soon have their menus printed in Braille.

State Commissioner of Person with Disabilities (PWD) T D Dhariyal has recently passed an order to almost 400 hotels and restaurants stating that they should print menus in Braille for the benefit of the visually impaired, reports the New Indian Express.
“All the members which are part of the Federation of Hotel and Restaurant Association of India (FHRAI) have been instructed to implement the order given by the court. Many PwD people who visit hotels maybe alone and Braille would be very helpful. As per the Rights of Persons with Disabilities Act, 2016 access to public services is mandatory,” said the commissioner.
The order specifies that the provisions should be put together in a small booklet and uploaded in the website of Ministry Of Tourism to ensure compliance with the act.

In India nearly 40 million people, including 1.6 million children, are blind or visually impaired due to refractive error, reports the Tribune.
Many among the underprivileged section are unaware that this is correctable. The World Health Organisation (WHO) that has given these numbers also suggests that a majority of these people live in villages and tier-4 cities where they don’t have access to glasses.

Schemes For Visually Impaired in Delhi
In April, the visually-impaired voters of East Delhi constituency were handed out Braille-coded voter cards, an initiative aimed at making polls more accessible for the differently-abled.
District Election Officer for East Delhi, K. Mahesh had told PTI that there were 5,218 differently-abled voters in East Delhi, among whom 276 were blind. They were handed out specially designed voter IDs. 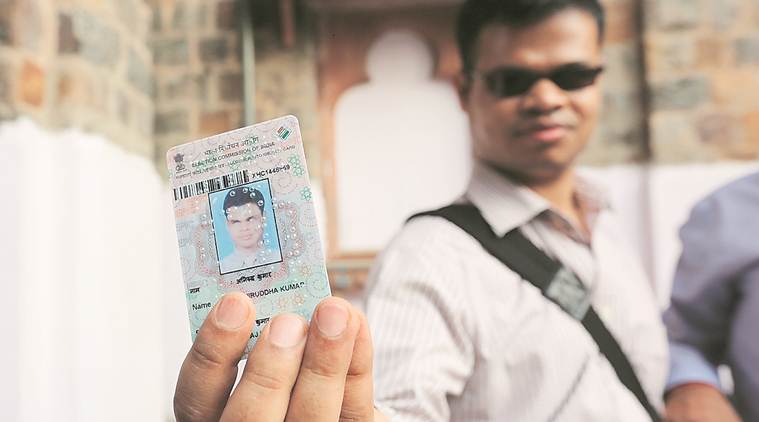 Delhi Metro was recently conferred a national award for the empowerment of specially-abled persons. On station floors tactile pathways have been made to help guide the persons with visual impairment. These paths are made of bright yellow tiles with tiny bumps and ridges on it. Visually impaired people can feel the path by touching cane on these projections. Bright color of the path helps people with low vision to better see the paths. These paths do lead people right to the places like ticket counters, toilets, platforms etc.

In March, the the Indian Institue of Technology – Delhi introduced India’s first low-cost Braille laptop, ‘Dotbook’, with an aim to provide visually impaired with independent access to digital content.