With the festival of lights Diwali just around the corner, Supreme Court (SC) of India on Monday banned the sale of fireworks ahead of the annual festival on October 19. This decision comes after the National Capital Region recorded the highest pollution levels in 2016. Last year, SC had issued a similar ban in the NCR region after pollution levels had become dangerously high after Diwali. At this, the famous Indian writer Chetan Bhagat ranted about celebrating Diwali sans the burst of firecrackers and questioned ‘What’s Diwali for children without firecracker?

We at inUth spoke to a number of kids who were relieved that firecrackers were banned from sale in shops. A few of them were so prepared that they even had alternative options already in place and willed to go back to the essence of the festival that celebrates good over evil.

For example, this girl, who studies in Class 8 said, “I am happy with the SC call. Thankfully there will not be any pollution.” 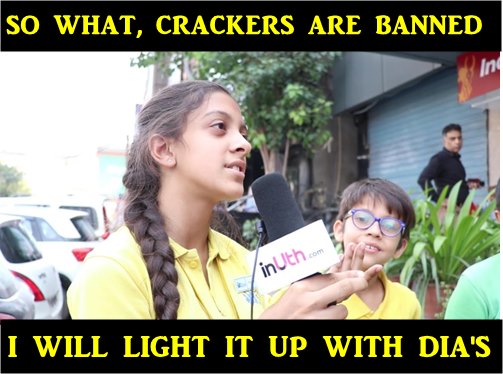 In contrast, Chetan Bhagat claimed that the SC order was depriving children of their ‘right’ to celebrate.

Another girl had come to visit a mall for Diwali shopping with her mother. On asking what she thought about the ban, she said, “I anyways do not celebrate this festival by indulging in firecracker bursting but this decision from the apex court has come a bit too late. I will celebrate it by visiting relatives and having great food.” 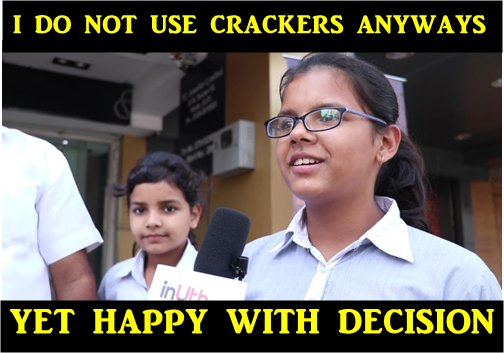 Chetan Bhagat, though, tried to play the communal card, suggesting that the SC was trying to show a religion in bad light.

Diwali is 1 day, 0.27% of year. pollution comes from 99.6% days of poor planning and regulation. Fix that. Not make 1 religion feel guilty.

We also got in touch with another kid who had come out for lunch. After taking permission from her mother, we asked him the same question, to which he said,”I support the decision as it will harm the ozone layer and that will harm us in return.” 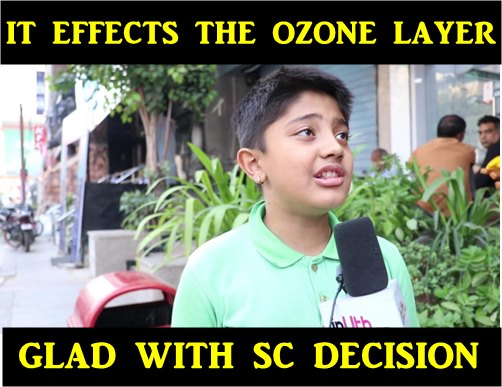 Perhaps Chetan Bhagat should learn from the above-mentioned kid on what the pollution on Diwali does to our ozone layer rather than suggesting that firecrackers had always been a part of the celebration.

Also Read: How ban on sale of firecrackers does not infringe upon Hindu traditions

And w all respect who decides on what makes a part of a celebration, done for generations, suddenly unholy? And the courts should ban it? https://t.co/YZqzDD8HfB

Later, we bumped into a girl who revealed what his alternative plans were for the occasion. She said, “So what that it’s sale is banned, I will still celebrate it by the use of paper bombs.”

Now, that is new and pretty smart of her to think on such lines. 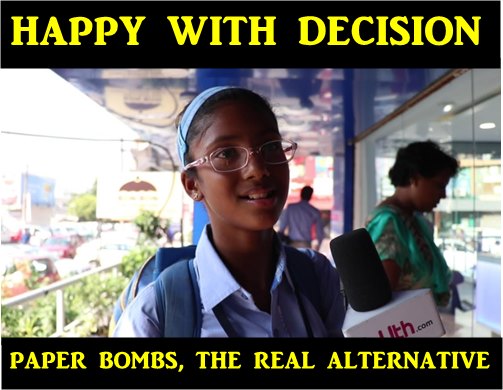 Chetan Bhagat can definitely learn a few lessons on what is the true essence of celebrating Diwali from these kids rather than just ranting about the ban on the sale of firecrackers which every year burn the lungs of all those living in Delhi NCR.