With the sale, manufacture and purchase of conventional firecrackers having banned by the Supreme Court, many people in Delhi are opting to fly sky lanterns. Locally known as Kandeel, sky lanterns originated in China in the 3rd century BCE and were initially used to signal troops during the times of war.

For the past few years, residents of Delhi have been using them as a substitute for firecrackers on Diwali.

Puneet Aggarwal, a retailer of sky lanterns based out of Pitampura in North-West Delhi, says the trend catching on because of platforms like Facebook and Instagram. He told InUth

“Sky Lanterns neither pollute nor make noise. Around 4-5 people can fly it together as it takes teamwork. So your family can get close. On Diwali, people usually take pictures while flying them so that gives a good glow on your face.”

The lantern lifts due to the hot air that accumulates inside ‘wish balloon’ after the wax is burned. According to Aggarwal, the sky lanterns are eco-friendly because they don’t emit any smoke and the material is made up of rice paper which doesn’t burn quickly. The lanterns are largely imported from Chinese cities like Beijing or Loudoxing, however, some factories have locally opened up due to rising demand. 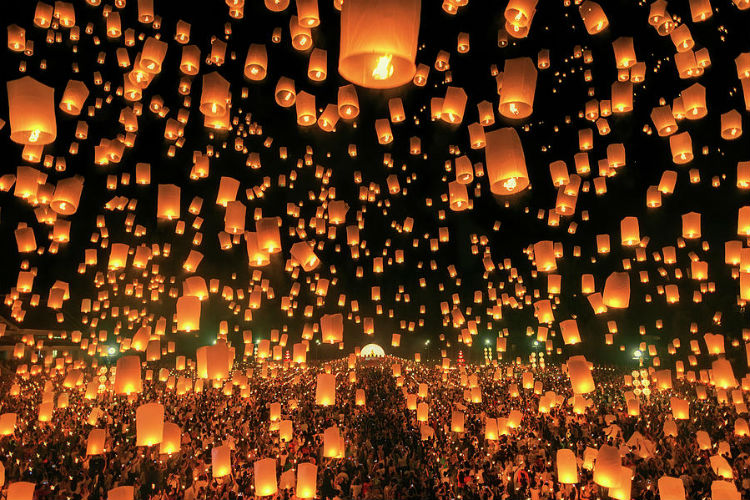 When Aggarwal started supplying sky lanterns 5 years back, people weren’t sure what to make of them.

“Their reactions were a bit awkward and wondered if they would sell. They also questioned why I was selling a product from China and that we shouldn’t do that. In the beginning, people used to wonder if sky lanterns were something related to black magic or whether they would fly at all or fall in somebody’s house. I was in a loss in the first couple of years because the wax starts turning yellow anytime between 20 days and 2 months. So you can’t sell them next year. But now I am able to sell everything, whether 1,000 or 2,000 pieces.”

“When I read that the Supreme Court had classified them as ‘wish balloon’, it made my business more popular as people would search for sky lanterns and would call me. I also used to get customers who had been searching for firecrackers. They would get a little sad but would eventually buy sky lanterns instead.” 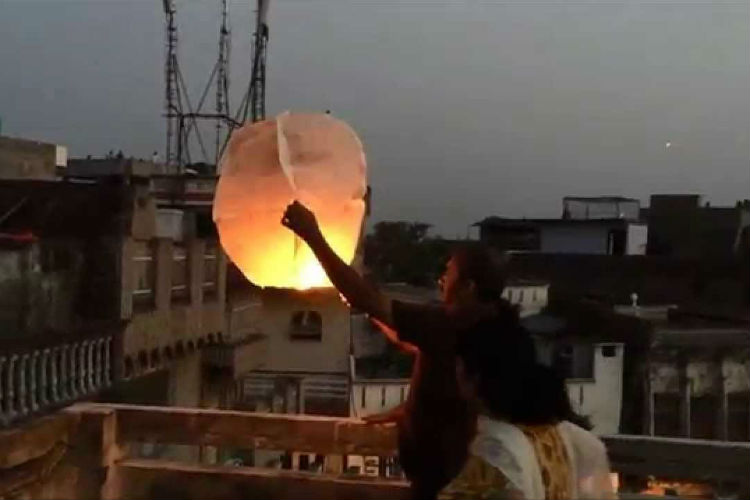 But like any fireworks, sky lanterns also come with their own set of cautions and restrictions. Aggarwal told InUth,

“Always fly them at a distance from the airport. You need to fly them at least 5 miles away from an airport because it creates problems for flights, otherwise, there are no issues…Under the lantern, you have to properly affix the wax. If that is loose, then it’s not safe. Even firecrackers aren’t safe as they can go anywhere. We always advise people to fly it from either your roof or from open spaces. If you fly it from crowded areas like Sadar Bazaar, then it might be a problem. It’s not made for those spaces…The wind speed should not be more than 5 km/hr. It can fly otherwise as well but the chances of a mishappening also increase.”

While cities like Kolkata and Mumbai have advised residents not to fly sky lanterns due to proximity to the airport and the presence of high rises respectively, Delhi has been gradually accepting sky lanterns as part of the metropolis’ Diwali celebrations.