Observing that physical force is not necessary for constituting the offence of rape, the Delhi High Court has said that it can happen through blackmail or by putting a woman under financial pressure.

A bench of acting Chief Justice Gita Mittal and C Hari Shankar on Tuesday said that in a marital relationship, both the man and the woman have a right to say no to a physical relationship.

“Marriage does not mean that the woman is all time ready, willing and consenting. The man will have to prove that she was a consenting party,” the court said.

It did not agree with the submission of NGO Men Welfare Trust, which opposed the pleas seeking to make marital rape an offence.

The NGO’s representatives, Amit Lakhani and Ritwik Bisaria argued that a woman already has protection from sexual violence in a marriage under the available laws, including Prevention of Women from Domestic Violence Act. 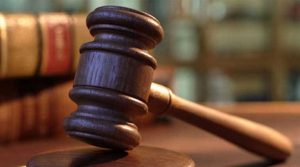 The counsel claimed that in spousal sexual violence, the use of force or threat are important elements to constitute the said offence, Indian Express reported.

“A rape is a rape. Is it that if you are married, it is okay but if you are not, then it’s a rape? Why it should be exception under 375 of the IPC? Force is not a precondition for rape”. the court rebutted the argument.

The exception to Section 375 says that sexual intercourse or sexual acts by a man with his own wife, the wife not being under 15 years of age, is not rape.

The Men Welfare Trust is opposing petitions filed by the non-profit groups RIT Foundation and the All-India Democratic Women’s Association, and a marital rape victim who have challenged the Constitutionality of Section 375 (which defines rape) of the IPC on the ground that it discriminated against married women being sexually assaulted by their husbands.

The arguments remained inconclusive and will continue on August 8, the next date of hearing.