What does being a father in India entail? If we are to go by popular culture, all you need to do is get your wife pregnant and you will have a slave for life.

Indian fathers demand and get life-long respect by the virtue of just being fathers. It’s the mothers who have the responsibility of sewing kurtas, making gajar halwa and falling prey to lascivious landlords all in the effort to raise her child with izzat. Fathers only have to bark orders and shame their sons for being not good as Sharmaji’s offspring.

Thankfully, there has been a (long overdue) shift in the parenting dynamic as both fathers and mothers are equally involved with their children nowadays, given that both genders are finding equal footing in every other sphere.

Establishing the break in the pattern, a Flipkart survey highlighted just how men have managed to participate as parents. Among 1700 fathers surveyed across 17 cities, it was found that Chennai dads were at the top when it came to having fun with their kids at 80 percent participation, a TOI report stated.

Reportedly, 78 percent of Chennai fathers were also found to be responsible for waking their children up, the second-highest after Mangalore (79 percent). Lagging only in the subject of having breakfast their children (52 percent participation), here’s how Chennai dads fared as compared to the rest of India: 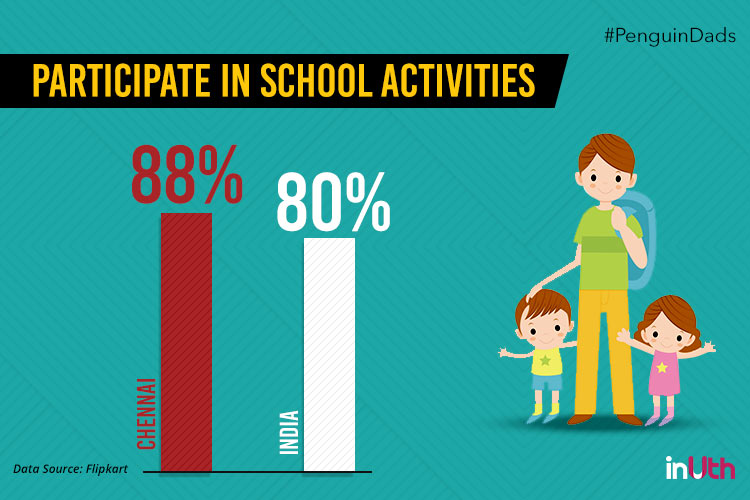 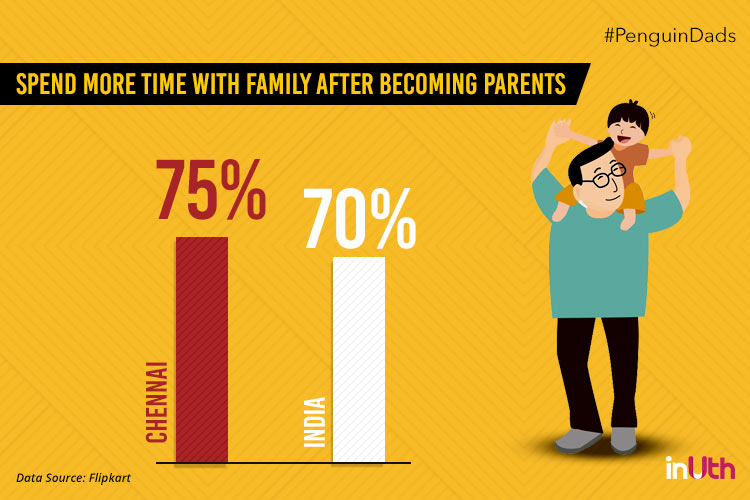 The initiative called ‘Penguin Dads’ — taking from the Emperor Penguins, where it is the male who takes care of the egg after hatching — also highlighted how, across India, modern-day fathers are adopting the role of caregivers. Shedding away their stereotypical role of the breadwinner, half the fathers surveyed stated that they wanted to be stay-at-home dads. 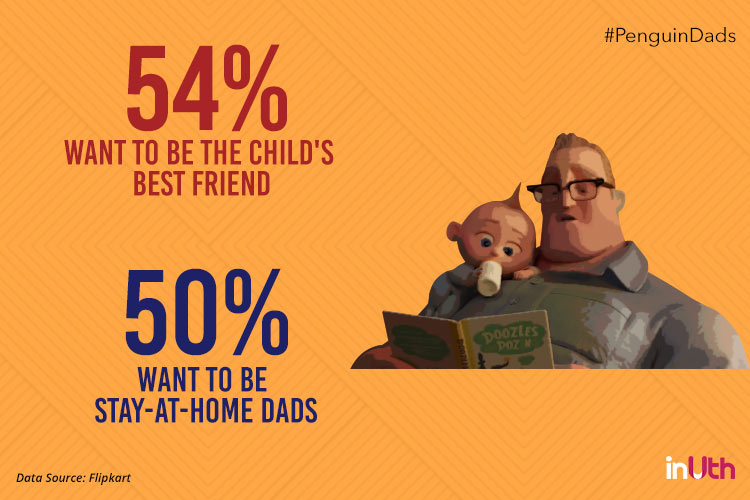 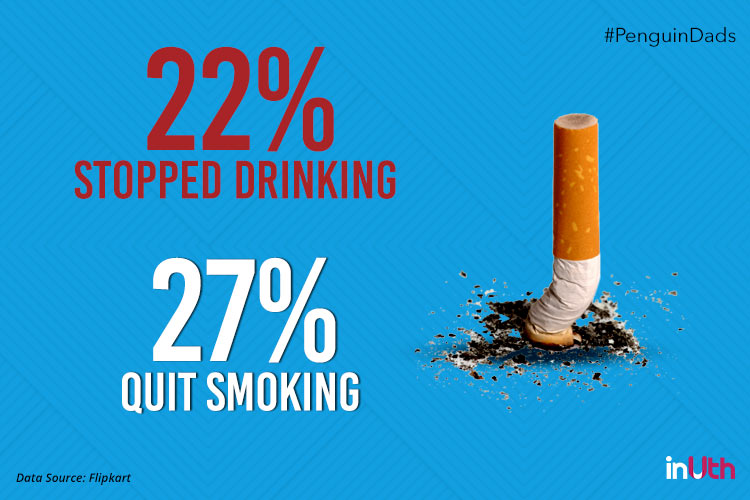 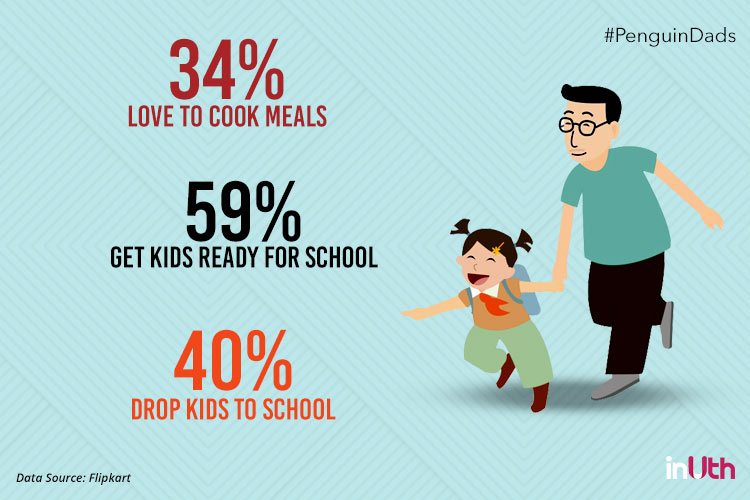 In a heartwarming video, Flipkart also acknowledged the fathers “who do it all,” depicting that changing diapers and braiding hair is not the job of a mother, but that of a parent.

As per a 2014 University of Florida study, the participation of fathers in parenting from a very young age results in the healthy development of the child as dads “tend to play with their children differently than mothers do.” Do you still think dads should take the backseat when it comes to parenting?