Twenty-year-old M Aswini, a college student in Chennai, was murdered by her stalker in broad daylight on Friday. The accused, Alagesan (26), was apparently stalking Aswini for several months. On Friday, they got into an altercation, after he was following her, and Alagesan slit her throat and stabbed her to death.

A B.Com student from Meenakshi Academy of Higher Education and Research, Aswini was returning from her college at the time of the incident, according to The News Minute . She was a resident of Maduravoyal, west Chennai and knew the stalker.  Alagesan, who’s now in police custody, was a part-time health and sanitation worker.

In February, Aswini had filed a complaint against Alagesan with the Maduravoyal police. Her complaint read:

” He and I were in a relationship but after some time, I realised that he was not a good person. Therefore, I decided to leave this relationship, but he continued to harass me.”

Two police officers of the Maduravoyal police station told The News Minute that they called Aswini, Alagesan and their parents after the February 16 complaint. Since Aswini’s parents didn’t want to file an FIR, according to police, they warned Alagesan, spoke to the parents and let them go.

“He [Alagesan] came with a lawyer when the police called him. They didn’t keep him in for even a day, and sent him back on the same day.”

Aswini’s father was a construction worker and died when she was young while her mother, who works as a domestic help, said:

“They should not leave Alagesan. I worked in other people’s houses and scrubbed their vessels to be able to bring up my daughter. I protected my daughter to well. He should not be spared.” (sic)

This is surely not the first time a girl has lost her life due to stalking. Up until 2012, there was no law that dealt with stalking per se. Stalking was a made a punishable offence under Section 354 D under Indian Penal Code, which was introduced only after the gruesome December 2012 gangrape and murder case.

According to the law, the act of stalking can amount to punishment of three years for the first conviction and up to five years for the second conviction. But, the first act/offence of stalking is bailable and that’s how the accused, in this case, walked away scot-free even after Aswini had filed a formal complaint.

In August 2017, Varnika Kundu, daughter of a Chandigarh bureaucrat was allegedly stalked by the president of BJP’s Haryana unit, Subhash Barala’s son, Vikas Barala and his friend Ashish. Varnika, who was driving alone, at the time of the incident, alleged that Vikas and Ashish followed her and tried to abduct her. She filed a complaint with the police but Vikas was released after posting bail on the same day. 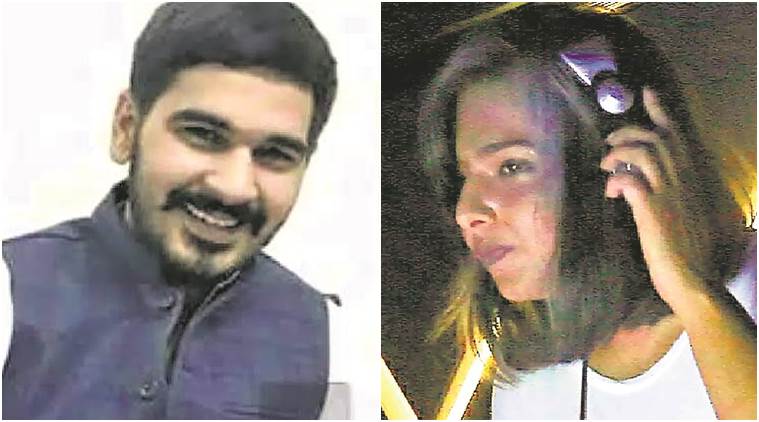 National Crime Records Bureau’s 2016 report highlighted that a total of 7,190 cases of stalking were filed all over India. The number was 6,266 in 2015. The conviction rate continues to remain low, according to a Hindustan Times report, with only 26 per cent of the cases in 2015 ending in conviction.