Chandra Shekhar Azad belongs to the league of revolutionaries who lived a short but glorious life. He died young but his sacrifice had a huge impact on the Indian freedom movement. The image of the legend twiddling his moustache continues to inspire millions of Indians even today. As the nation observes his 88th death anniversary, we remember the martyr who chose to die than be captured by the British. 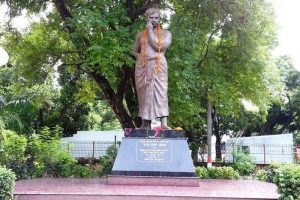 Born on 23 July 1906 in Bhavra village in MP’s Alirajpur district, Azad was drawn to the freedom movement from a very young age. It is widely believed that the Jallianwhalah Bagh massacre was the catalyst behind his decision to become a revolutionary. He joined Mahatma Gandhi’s non-cooperation movement in 1921, for which he was subsequently arrested.

On being produced before the magistrate in Benaras, the 15-year-old was asked his name. It was here he gave himself a new name: ‘Azad’. Since he was a minor, the court did not award him a jail sentence, but punished him with 15 whiplashes.

It is said that after this Azad vowed the police would never be able to catch him alive, and he remained true to his word. 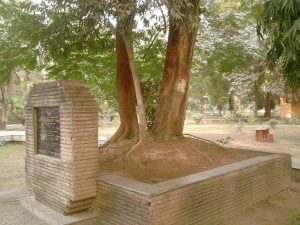 His restlessness and enthusiasm earned him the moniker of ‘Quick Silver’. Azad joined the Hindustan Republican Association (HRA) founded by Ram Prasad Bismil, and reorganised the HRA under its new name Hindustan Socialist Republican Army (HSRA) in 1928 after the death of its founder members, including Roshan Singh, Rajendra Nath Lahiri and Ashfaqulla Khan. A firm believer in socialism, Azad foresaw an India, free of social and economic oppression and adversity. He went on to become the face of Indian militant movement in the pre-independence era.

In an Alirajpur estate where his uncle lived, Azad came in contact with the Bhils from whom he learnt archery. He used the forest of Orchha, situated 15 kilometres from Jhansi, as a site for shooting practice and being an expert marksman, trained other members of his group.

To evade arrest, Azad assumed different identities from time to time. He built a hut near a Hanuman temple on the banks of the Satar River and lived there under the alias of Pandit Harishankar Brahmachari for a long period. He taught children from the nearby village of Dhimarpura (now renamed Azadpura by the Government of Madhya Pradesh), and thus managed to establish good rapport with the local residents.

Azad also lived at the hostel of Delhi’s Ramjas College where he disguised himself as a Sikh student. “Azad had a close linkage with Ramjas College. He lived there in hiding and since he was a master strategist, he had no problems planning escape routes,” Amrit Kaur Basra, coordinator of DU History Project told Hindustan Times.

Azad was a firm believer of the ‘arms struggle’ against British rule. He is known for his involvement in a number of revolutionary activities, most notably for his role in Kakori train robbery (1925), attempt to blow up the viceroy’s train (1926) and the death of JP Saunders (1928) to avenge the death of Lala Lajpat Rai.

Azad… Till His Last Breath

On February 27, 1931, Azad was with Sukhdev at Allahabad’s Alfred Park where they were set to meet an accomplice but an informer got the wind of the plan and informed the police. Hugely outnumbered by police, Azad suffered a bullet injury in the ensuing cross-fire.

Azad forced Sukhdev to escape the spot so at least one of them survives to serve the nation. Being a master marksman, he shot down three British cops, but after a long shoot out, he was left with only one bullet. Remaining true to his vow to not be captured by the British, Azad shot himself dead.

The Colt pistol of the martyr is displayed at the Allahabad Museum.