BJP has been taking many steps to gain a strong foothold in West Bengal. Party President Amit Shah has been actively involved in making political statements to consolidate the party’s position in the state. He recently dined at a Dalit’s house in Naxalbari, causing a huge stir in the political scene in West Bengal. The grand show of strength during Ram Navami celebrations in state by the party and it’s ideological fountainhead RSS is another case in point. 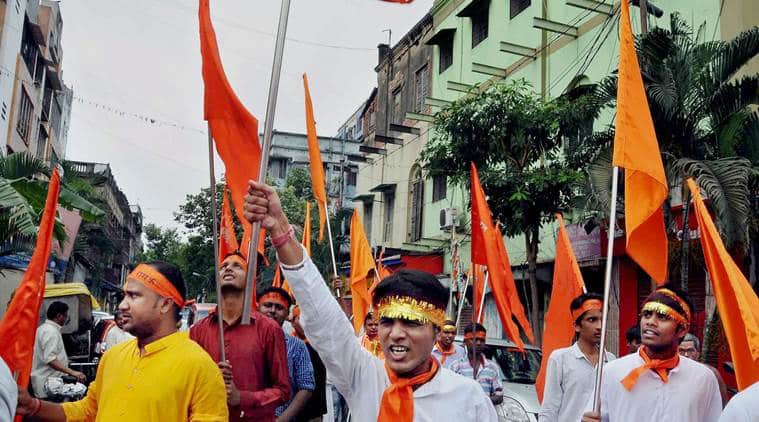 However, there is something worrying happening within the party. Something that was out in the open for everyone to see.  The poster boy of Bengal BJP, Chandra Kumar Bose, who was pitted against Mamata Banerjee and almost seen as a chief ministerial candidate seems to have caused a little bit of a problem in the party that is eager to make quick political gains in the state.

The grandnephew of Netaji Subhas Chandra Bose and Bengal BJP vice-president Chandra Kumar Bose’s tweet to Russian President Vladmir Putin to make public the information pertaining to the disappearance of the great Indian leader has ruffled a few feathers within Bengal BJP.

Chandra Bose: Do you think Mr. Modi @narendramodi is insincere in unearthing the Netaji death? Pl do not overstep your limit & eligibility. https://t.co/idmC50CM4P

Bose recently shared a petition by Change.org on his Twitter handle requesting Russian president to unravel the mystery behind freedom fighter’s disappearance. It seems his did not go down well with the party workers in the state. The petition was undersigned by some Chandra Nath Mullick, whose social media posts are all about solving the mystery of Subhash Chandra Bose’s death.

A particular line in the petition addressed to Putin reads:

“People are convinced that Governments of India, Russia and other countries are withholding information that upon release in the public domain can lift the veil of mystery.”

Now, since the Government of India right now  is run by the BJP government led by Modi, many within the BJP saw it as an attempt by Chandra Bose to “overstep” his “eligibility”.

BJP’s West Bengal Spokesperson Jay Prakash Majumdar slammed Bose for directly addressing Russian President. This when Bose had not even tagged the official handle of the Russian President. Warning him not to overstep his limit, Majumdar questioned Bose whether he is doubting intentions of Prime Minister Narendra Modi in discovering the truth behind Netaji’s death.

“Do you think Mr. Modi @narendramodi is insincere in unearthing the Netaji death? Pl do not overstep your limit & eligibility,” Majumdar said in Tweet.

It’s been just over an year when Chandra Kumar Bose was pitchforked as BJP’s West Bengal face and pitted against chief minister Mamata Banerjee. It was an attempt by BJP to leverage the emotional connect that Subhash Chandra Bose draws among Bengalis. The 55-year-old joined the party two days after 119th birth anniversary of Netaji when the Modi government de-classified 100 files related to the disappearance of the freedom fighter. However, after the elections in which BJP seemed to be making inroads in Bengal’s political scenario, the Netaji issue doesn’t seem to be of immediate interest to the party.

In a recent RTI reply, the central government said  that Netaji Subhas Chandra Bose died in an aircrash in 1945. The Home Ministry said to a Kolkata resident that that the government had come to this conclusion after considering the reports of various committees that probed the death of Bose, who, many believed, had not perished in the crash. An infuriated Bose rejected Centre’s statement and demanded setting up a special investigation team to unravel the unending mystery. However, later the government did clarify the answer was based on the findings till 2006. “There was a conclusion in 2006 that Netaji was dead. The RTI reply was based on that conclusion,” an MHA spokesperson said.

Since then Bose has been asserting the need to form an SIT comprising members from the Prime Minister’s Office (PMO), and the Ministry of External Affairs (MEA) and a member from their family. Bose later took to Twitter to reiterate his stand on the issue. “If the Govt. Of India seriously wants to solve #NetajiMystery , a Special Investigation Team must be formed with immediate effect,” he tweeted.

While demanding that Prime Minister Modi starts negotiations with the governments of Russia, England and Japan to solve the mystery, the Chandra Kumar faction has even asked for the declassification of secret files with the Centre, ANI had reported.

Expressing his disgruntlement Bose also shared a facebook post by Mullick, which again launches a scathing attack on the Prime Minister. The post shared by Bose reads: “Of late the silence that PM Modi is maintaining on the issue is unnerving. During PM Modi’s meeting with President Putin earlier this month on the third leg of the Indian PM’s four-nation tour of Europe, there has been talks on enhancement of Indo-Russian ties, bilateral trade and investments etc. amid photo ops with generous displays of bonhomie between the two leaders. But it is not clear whether there has been any discussion at all between them on the Netaji mystery issue till date. ”

On the same day, Mr. Majumdar admonished Mr. Bose in a tweet questioning him whether he thought PM Narendra Modi was insincere in unearthing Netaji’s death and asked him not to overstep his limit and eligibility. The attack pressed Mr. Bose to go on the defensive and he clarified that he was voicing the opinion of people and asserted and reasserted his faith in PM Modi’s commitment to solve the Netaji mystery. While Mr. Majumdar was lambasted by many on social media for his comments, there were suggestions from some that he should have spoken to Mr. Bose ‘privately’ on this matter. It is obvious that the purpose of Mr. Majumdar’s blatant threat to Mr. Bose was to dissuade the latter from raking up the Netaji mystery issue.

Now the question is whether Mr. Majumdar overstepped his authority to reprimand a colleague merely in a bid to appease the party higher-ups as alleged or was he acting as per specific instructions from some quarter or with some other motive. Whatever be the reason, Mr. Majumdar’s attempt to suppress the voice of a colleague was in sharp contrast to the big promise that PM Narendra Modi had made to the nation in the context of Netaji mystery on 14 October 2015 stating, inter alia, that there was no need to strangle history. As Mr. Bose has rightly pointed out the demand to end Netaji mystery is not a demand by the Bose family, rather it is the demand of millions of Indians worldwide who want to know what really happened to Netaji after he disappeared on 18 August 1945.

Ever since the release of a tranche of declassified files by the National Archives of India on 28 October 2016, there has been no further progress in this matter. As if to add insult to injury, recently a RTI query was replied to by the concerned official outlining the government’s stand that Netaji had died in plane crash and after a public furore the government was forced to retract the said statement. Indians have waited for over 71 years for this mystery to end and now their patience is running thin. It is evident that Indian as well as foreign governments are still reluctant to remove the shroud of mystery.

It is needless to mention that the Congress and the Communists in this country want Netaji’s fate to remain under wraps forever. Unfortunately many among the rest of the politicians of this country also have some allergy to Netaji arising out of either ideology, misconception or otherwise and mostly they are concerned about their selfish gains while dealing with this issue. The declassification of files by the West Bengal and the Central Governments has given the Netaji admirers a ray of hope. Many Indians have taken PM Modi’s commitments at face value and expect him to unravel this mystery.

However of late the silence that PM Modi is maintaining on the issue is unnerving. During PM Modi’s meeting with President Putin earlier this month on the third leg of the Indian PM’s four-nation tour of Europe, there has been talks on enhancement of Indo-Russian ties, bilateral trade and investments etc. amid photo ops with generous displays of bonhomie between the two leaders. But it is not clear whether there has been any discussion at all between them on the Netaji mystery issue till date. Hence the sincerity of PM Modi in solving the Netaji mystery issue is yet to be proven. People of this country must realize that it is time that they rise up once again and make a concerted effort to remind the government of it’s obligation to solve the Netaji mystery and that the Prime Minister will ultimate have to stand for appraisal before the nation for the commitments he made during his tenure.