Memes pop up on our social media news feed with the same amount of bull-headed determination with which men pee on Indian roads. You can’t just keep them down. More often than not, we just laugh and then scroll down. But are we always laughing at “harmless” or “casual” jokes? Looking at the memes around the Deepika Padukone-starrer Chhapaak, the answer would be a resounding no.

The film, based on acid attack survivor Laxmi Agarwal’s life, was greeted with boycott slogans upon its release. A section of  the internet was hell-bent on cancelling the same pair of tickets of the film from a Vadodara hall over and over again. The reason? Deepika visited Jawaharlal Nehru University to express solidarity with the protesting students.

Then it was the turn of meme fests. And most of them reeked of sexism and mocked the acid attack survivors. One such meme, which was circulating widely, would send shivers down the spine of every Indian woman. The meme has the photo of Deepika as Chhapaak’s Malti says “This could have been you- par tu maan gyi” (this could have been you but you accepted my advances). 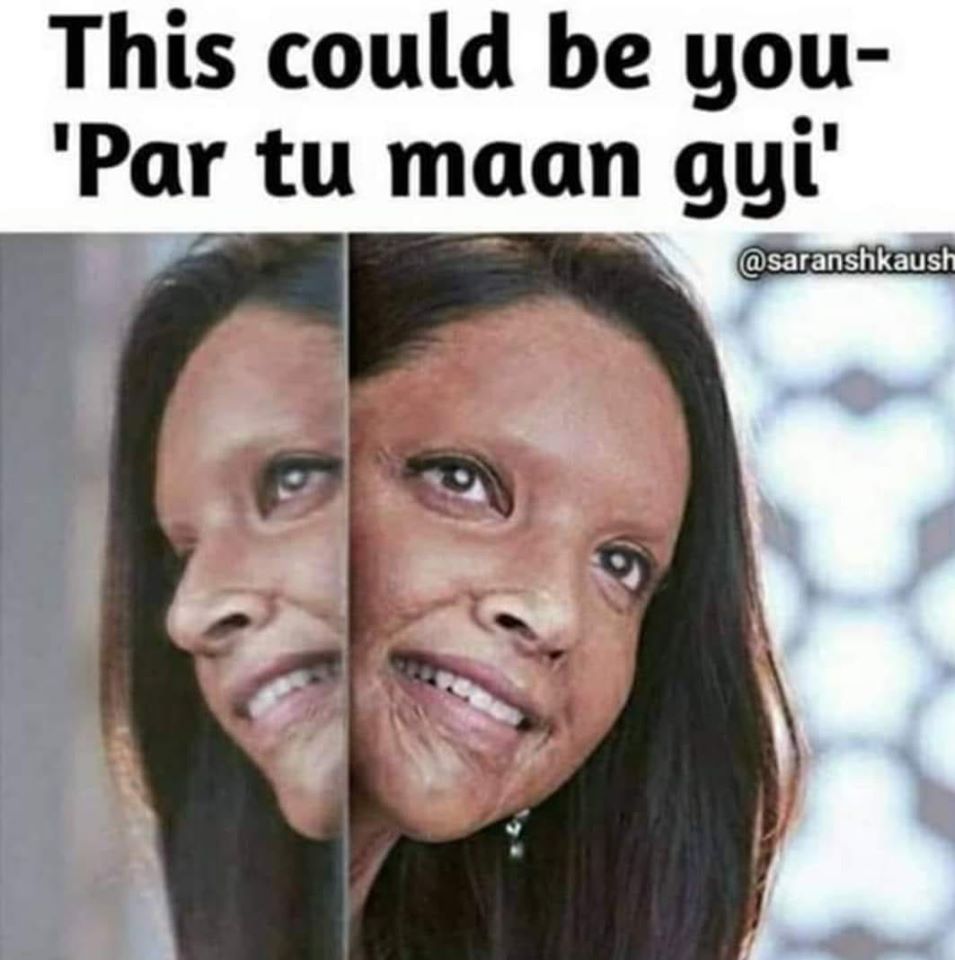 According to the National Crime Record Bureau there have been 1,483 victims of acid attacks in the country between 2014 and 2018, reports India Today.  News of every acid attack brings grief and shock. But what’s more shocking is the celebration of such memes.

The memes of this kind are not new. After the #MeToo campaign gained momentum across the world, there were WhatsApp forwards saying how men should be scared now of the ‘fake cases’. One of the popular memes that were being forwarded says “I was spanked by a nurse 20 years ago, when I was born”. Even political leaders have went on to make statements like “Boys will be boys, they make mistakes.”

With cases of crime against women increasing with every year, women in this country shudder every time they have to take that secluded street at night or when a creepy text pops up on the phone screen. Close to 3.78 lakh cases of crimes against women were recorded in 2018, the highest since gender-wise classifications were initiated in 1992 by the NCRB, reports The Hindu.