UP Police Special Task Force has busted a cheating racket that has allegedly helped over 600 non-meritorious students pass the MBBS examination and become doctors in the state.

Four employees of Meerut’ s Chaudhary Charan Singh University (CCSU), one of UP’s top varsities, have been arrested in connection with the scam which is being dubbed as state’s own Vyapam, DNA reported.

The STF also arrested two students of Muzaffarnagar Medical College on Monday for paying Rs 1 lakh each to the cheating mafia that submitted answers written by experts in place of those by the students themselves.

The arrested students were introduced to members of the cheating mafia by a second-year woman medical student who is already under the scanner but is yet to be arrested, Times of India reported. 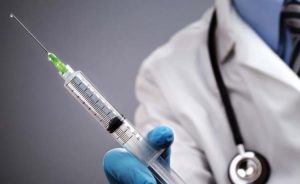 The racket, according to police, facilitated large-scale cheating for medical students and has been active since 2014.

So far, it has helped over 600 non-meritorious students clear the MBBS examination and become doctors in the state, the police said.

The report further adds that nine others, including six officials of CCSU have been identified for being a part of the racket.

The report also said that the kingpin worked in connivance with staff of the university’s answer sheet evaluation department which used to replace the students’ exam copies with those meticulously solved by experts.

Meanwhile, the STF has already sealed bundles of answer sheets of semester examinations conducted in 2017.

“More names of students will come up once we scan the answer sheets of previous years,” Singh said.

The task force has also asked the state government requesting a special investigating team (SIT) be set up.