We all have taken out our warm clothes ahead of the month of January. But have you ever given a thought to those sleeping on the roadside? On an average, eight people die of cold every night in Delhi. Overall, thousands of them lose their life because of the lack of warm clothes. To overcome this issue, students of Shri Ram College of Commerce started a campaign ‘Spread the Warmth – Cold days, Warm hearts’. The campaign, in collaboration with Big Bazaar, Goonj NGO, Sanjay Gandhi Animal Care Centre, and People for Animals, Lions Club and Safexpress, aims to save the life of people who succumb to the harsh winters.

The campaign is a pan-India cloth collection and distribution in which people of seven cities—Delhi, Mumbai, Bangalore, Patna, Chennai, Kolkata, and Siliguri—are contributing. There are boxes kept outside the Big Bazaar outlets to collect clothes from people. These cloth collection boxes are also kept in various schools and colleges including Christ Junior College and St Joesph’s college from Bangalore and Emerald Valley School, Salem, Tamil Nadu. 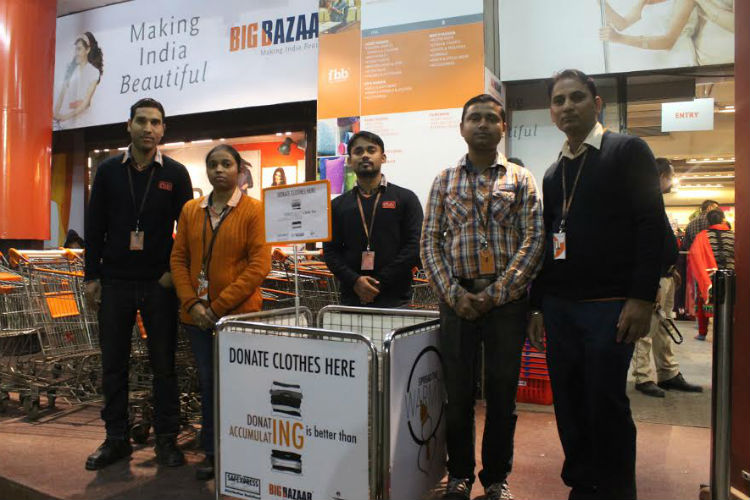 Apart from this, they have also started door-to-door cloth collection in Siliguri and Delhi. Siliguri team collected a staggering 13.02 quintals of clothes in just 8.5 hours. On January 8, the students conducted a drive in Rohini sector 9 and in just 4 hours, these 70 volunteers collected 7.75 quintals of clothes from 700 flats.

The campaign, which will continue till 15th January, has the team hoping for a collection of around two lakhs clothes. Clothes will be distributed to the underprivileged ones and those not fit for use will be given to the NGO People for Animals to make clothes for stray animals as well. NSS teams of various other DU colleges joined the campaign.

So, what are you waiting for? Donate clothes and be a part in this good move… NOW!