Bihar School Examination is yet again under scanner, this time, for awarding more than 100% score to some of its students. Two days after the results of class 12 state board examinations were declared, some students have come forward claiming that they scored higher marks than the total, while others complained that they received marks in papers they never appeared for, The Times of India reported.

Bhim Kumar, who hails from state’s Arwal district, got 38 out of the total 35 marks in mathematics (theory) while 37 out of 35 in the objective-type questions. However, this did not take him by surprise as he said “such things have been happening in the state board exams for long.” 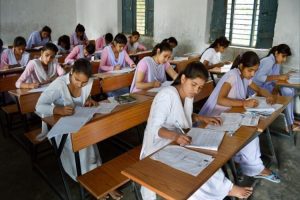 Another candidate, Janvi Singh from Vaishali, claimed that she never appeared for the biology paper, yet received 18 marks in the subject.

Bihar’s education system has hogged national attention in last few years mostly for all the wrong reasons. The latest incident is reminiscent of 2016 controversy where Ruby Rai, a top scorer in Political Science, rose to national infamy after she said in a television interview that the subject deals with cooking. In a move that was widely criticised, the 17-year-old Rai was first arrested, and later put under juvenile detention for ‘paying bribes to top’ the exams. Over 40 people were arrested in the ‘bribes for marks’ scam in the same case after investigation.