The renewed women’s rights movement in Kerala has moved from the streets to the gates of women’s hostels. Hundreds of female students of the College of Engineering, Thiruvananthapuram (CET), protested outside the college campus on February 21. They alleged discrimination against inmates of girls hostel, who were not allowed to enter the premises after 6:30 pm. However, the inmates of boys hostel were allowed to stay out till 9:30 pm.

According to Azaadi: Educate Organize Agitate, a platform created by students to ensure gender equality, such stirs were staged several times before, however, they didn’t succeed. The students had organised ‘Break the Curfew Movement’ in 2015 but failed to lift the curfew after the intervention of Parent Teachers Association (PTA).

This time, the students submitted a petition signed by 600-700 hostel inmates to the hostel authority, and to the government as well. Subsequently, a batch of girls reportedly returned after 6:30 pm on February 20 and did not state the reason for the delay, which was required by the college. When more girls returned late on February 21, the hostel authorities refused to allow them without citing a reason. Subsequently, students came out from their hostel and launched the stir. 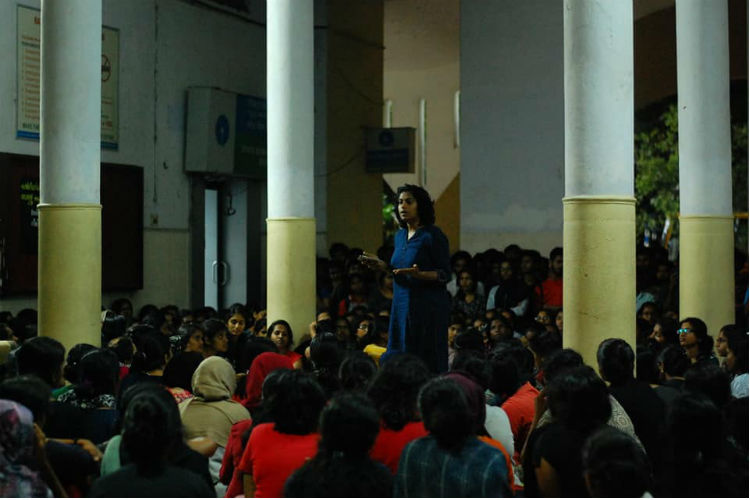 “We knew their concerns were not safety; but moral policing. The college, as well as the hostel authorities, would question the female students if they came late and they had done something wrong.”

Amritha, one of the students who led the stir, said that hostel authorities used to conduct ‘moral quizzes’ when girls returned late. She told Deccan Herald,

“Restricting the time limit for girls to 6.30 p.m and allowing boys to be out till 9.30 p.m. amounted to gender discrimination. Such discrimination is there at many campuses and it has to be changed.”

After their days-long struggle, the Kerala government issued a directive to extend the time limit for girls hostel to 9:30 pm.

According to the college principal, Jiji VV, it was for the government to take a decision on the matter.

“Now the government issued a direction extending the time limit for the girls’ hotel inmates to return to the hostel from 6.30 pm to 9.30 pm.” 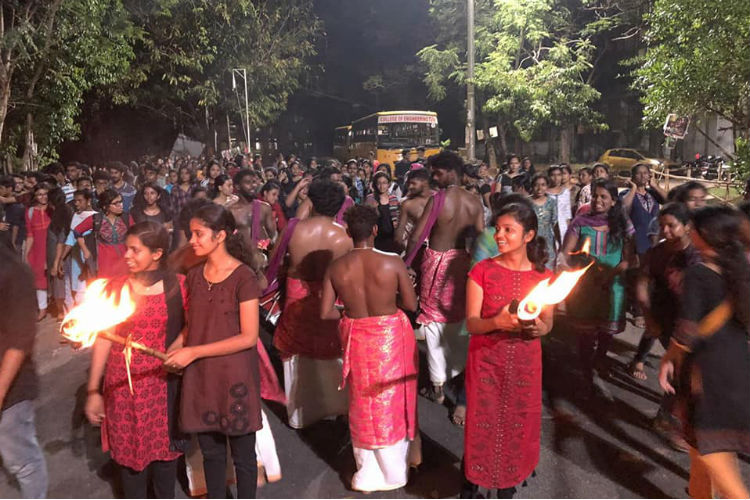 CET is just one of many central varsities which have campaigns to fight gender discriminatory hostel timings. A student’s molestation at Banaras Hindu University’s (BHU) Mahila Maha Vidyalay in 2018 had thrown the spotlight on gender discrimination on campus. The curfew for women was 8 pm and for men, it was 10 pm, however, after the unrest, the curfew became the same for both men and women. The Central University of Tamil Nadu also saw a strike by students on February 10 regarding curfew timings for women, after which they were relaxed. After a long struggle, female students of Delhi University’s Miranda House were able to extend their curfew from 8:30 pm to 10:30 pm.

On January 1, 2019, over 5 lakh women formed a 620 km-long human chain from Kasargod to Thiruvananthapuram in Kerala to protest against gender discrimination in women’s entry to Sabarimala. The state-sponsored ‘Women’s Wall’ became the fourth-largest human chain ever and the largest formed solely by women.