The prestigious Jawaharlal Nehru University (JNU) will roll out under graduate courses for engineering students from July 2018. Known for churning out academicians, diplomats and politicians, the varsity’s “School of Engineering” would admit its first batch of students through JEE (Mains).

Speaking with The Pioneer, JNU Vice-Chancellor M Jagdeesh Kumar revealed that the varsity will offer a “dual degree” programme under which the students will be taught engineering in first four years, subsequently, they will be doing masters in humanities or social science.

“The School of Engineering will offer unique programme. It will be a dual degree engineering programme as the students in their first four years will study their core engineering while in the final year they will be doing their masters in one of the areas of social sciences, humanities and languages.” 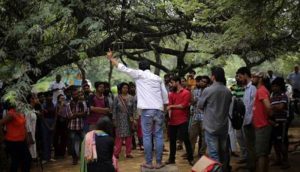 The “School of Engineering” will have two streams-‘Computer Science’ and ‘Electronics and Communication Engineering’ and will admit 50 students in each stream for this year. The number of seats will be increased gradually in subsequent years, the VC said.

Asserting that the combination of science and humanities would be a powerful one, he said that it would provide a variety of options in terms of subjects.

“For example, it could be a B. Tech in Computer Science and Masters in Computational Linguistics or Masters in Korean Studies,” he added.

Threat to ‘basic character of JNU’

Several faculty members have already expressed their reservations about the engineering courses saying that such “industry and job-oriented” programmes would dilute varsity’s mandate to promote critical thinking.

“Creating people with critical thinking has been the mandate of JNU. This will be at stake when it diversifies by starting industry-oriented and job-oriented technology courses,” a senior faculty member told The Telegraph. 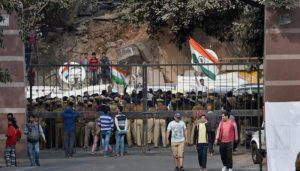 In a scathing piece in The Wire, noted journalist Pushkar wrote “With the coming of students and faculty in engineering and management, who are definitely not known for their affinities to left-wing ideas, it is quite certain that JNU as we know it will cease to exist.”

At least two JNU teachers also opined that such proposals are aimed to change the “basic character of JNU” which is seeped in social justice and democratic values.

The move comes at a time when engineering is not turning out to be a very lucrative career option.

According to All India Council of Technical Education (AICTE), up to 50 per cent seats in B.Tech and post-graduate diploma in management (PGDM) have been vacant.

Of the 15.56 lakh approved BTech seats in 3,290 engineering colleges across the country, 7.75 lakh (49.8 per cent) remained vacant in 2016-17. The AICTE has been ordering closure of nearly 200 BTech colleges every year because of poor enrollment.

Established in 1969, JNU is internationally acclaimed as a centre of excellence in the field of arts and humanities. However, the varsity has been marred by several controversies in last four years. 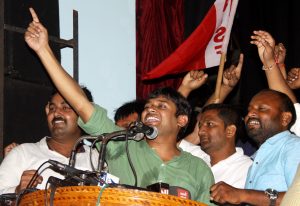 From the infamous sedition row to the allegations of harbouring future naxalites, JNU have been on the radar of  Modi government since it came to power.

The appointment of its current vice chancellor Jagadesh Kumar, a professor from IIT Delhi, was also questioned given his association with the RSS-led Vinjana Bharati, whose aim is to create a social movement for the development of “swadeshi sciences”.