A 21-year-old student of IIT Roorkee was found hanging from a ceiling fan in his hostel room on March 15. Abhijeet Singh Vansia’s death has led to the speculation that he may have committed suicide as part of the banned online game Blue Whale Challenge.

After questioning other students, police said that they have come to know that many students in the college are addicted to these deadly online games and that may have prompted Abhijit to take the extreme step.

According to Times of India, police did not find any suicide note and were scrambling for clues as Abhijit was described as a good student by his teachers and did not appear to be under stress. Abhijit did not have any financial or family issues either, the police added. 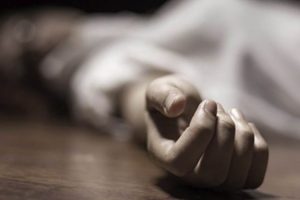 “One of the students has told us that many in the hostel were addicted to playing suicide games online. He also mentioned a game called ’30 ways of suicide.”

The Blue Whale game caught attention after a teenage boy from Mumbai, suspected to be one of the gamer, jumped off the building.

In the game, the participants are given a series of task to complete daily for a period of 50 days, which ends with their death.

According to Indian Express, The notorious online game has allegedly pushed three teenagers into committing suicide in India while two were rescued before they could take the extreme step.