What started out as a minor altercation between students over parking issues at Amity University, Noida has snowballed into clashes, with people on social media bashing feminism, abusing women and using casteist slurs. The outrage on social media has spiralled into netizens asking feminists to be ‘hanged’ and characterising female students involved in the incident.

On August 28, two students reportedly wanted to enter the university campus in their car when they found another car parked in the middle of the road. One of the students, Harsh Yadav, alleged in his complaint that when he asked the driver, who was another student, to move, she started arguing with him. He also alleges that she abused and threatened him when he confronted her again and then later ‘abused and assaulted’ him with the help of her friends.

The boys reportedly claim that the girl entered their classroom with 25 men and beat them. In the ensuing clashes, students and teachers were also reportedly injured furniture was claimed to have been thrown around. 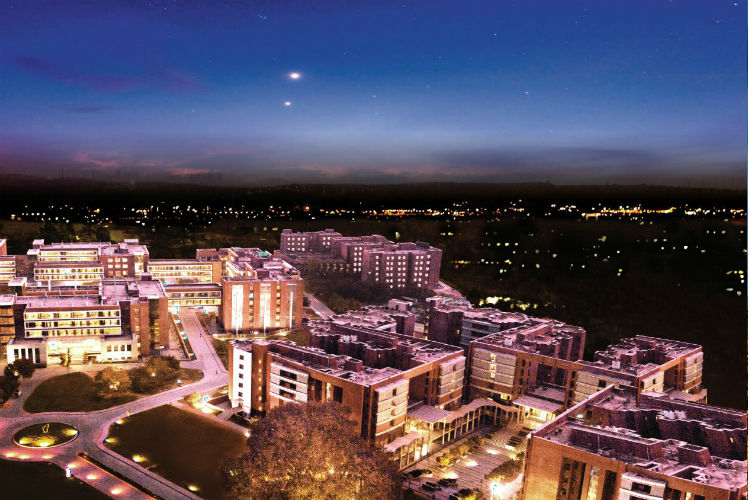 The students then went to file an FIR, however, the girl filed a cross FIR alleging that she had been molested by the two boys, after which she approached her friends.

Videos and photos of the clashes went viral on social media on September 3, including video clips of Harsh Yadav and Madhav Chaudhary covered in blood and being rushed to a hospital. According to reports, while one student was admitted to the ICU, the other received stitches on the head.

#JusticeforHarsh and #JusticeforMadhav started trending on social media, with many asking for the perpetrators to be arrested. However, some also began abusing the female student, calling her a “fake feminist”, using casteist slurs and bashing the women’s rights movement in general.

How many of these feminists will come out with support for these guys?
How many so called liberals will ask for death penalties to those girls and that gang.

So dirty! And a girl is writing! Assume her character! Think of her parents, teacher, caste and society, college campus from where this kind of dirty culture are nurtured!

And yes, the woman has a surname of ‘kumar’. I’m sorry say, India is still not a secular place, as this girl might use the SC/ST card as well. If that happens, no wonder…

Follow 100% gender equality. Whenever you see such girls, hit them with stones and run away. Hit them hard like you hit any boy. Don’t differentiate between boys and girls.

In india 90% of molestation cases are vague and because of that innocent men have to suffer for their lifetime.
They get apartheid from the society.
Why then feminists don’t voice out for equality. Equality is supposed for only women. Is that so?#justiceformen

bullshit. it is FEMinism and it opposes mens rights.

@noidapolice @PMOIndia @SIFKtka Hang those girls till death – verdict of public – supreme Court and Police don’t play tricks against men again, if you can’t bring equality in law then leave your jobs and do FEMINISM BUSINESS

The university authorities say they’re investigating the matter by looking at the CCTV footage.