A day before Mumbaikars will cast their vote in the BMC polls, a member of Yuva Sena has written a letter to Election Commission with shocking revelation that a well-known school in Mumbai has asked student’s parents to cast their vote to particular party.

Rahul N. Kanal, the President of ‘I Love Mumbai Foundation’ and an active member of Yuva Sena, wrote a letter to EC on February 20th that Bandra-based Bai Avabai Framji Petit Girl’s High School, which is affiliated to the Council for the Indian School Certificate Examination, is asking parents to vote for BJP.

He wrote: “Bai Avabai Framji Petit High School has clearly written as a remark in the school calendars for every child to vote for the upcoming elections , [sic] great thought but to vote for a specific party clearly stating try and vote for the BJP , I hereby request you to take strict action against such institution , the trust controlling the school , the political party and hereby barring the local candidate from the particular ward as well.

“This particular incident needs to be set as an example and such frustration and desperate behaviour by any political party and such cheap traits of educational institution’s shall be punished by the best available punishment,” the youth activist and restaurateur added. 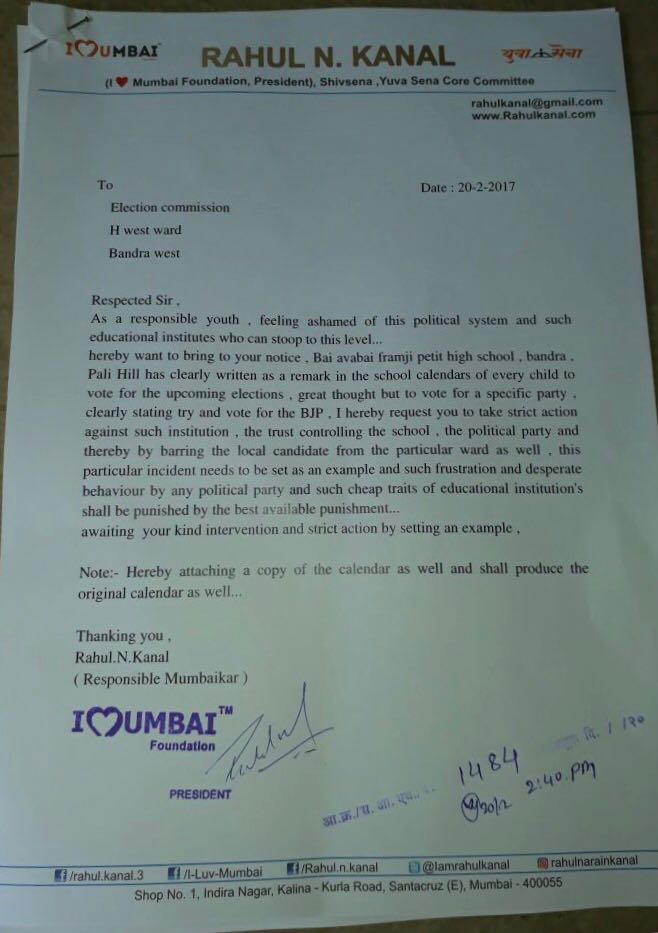 Rahul N. Kanal, President, I Love Mumbai Foundation, wrote to Election Commission that a school in Mumbai has asked student’s parents to cast their vote to BJP.

In the school calendar page—a copy of which is available with inUth—a note could well be seen which requests the parents to “vote (for) BJP” in order to “save Mumbai”. 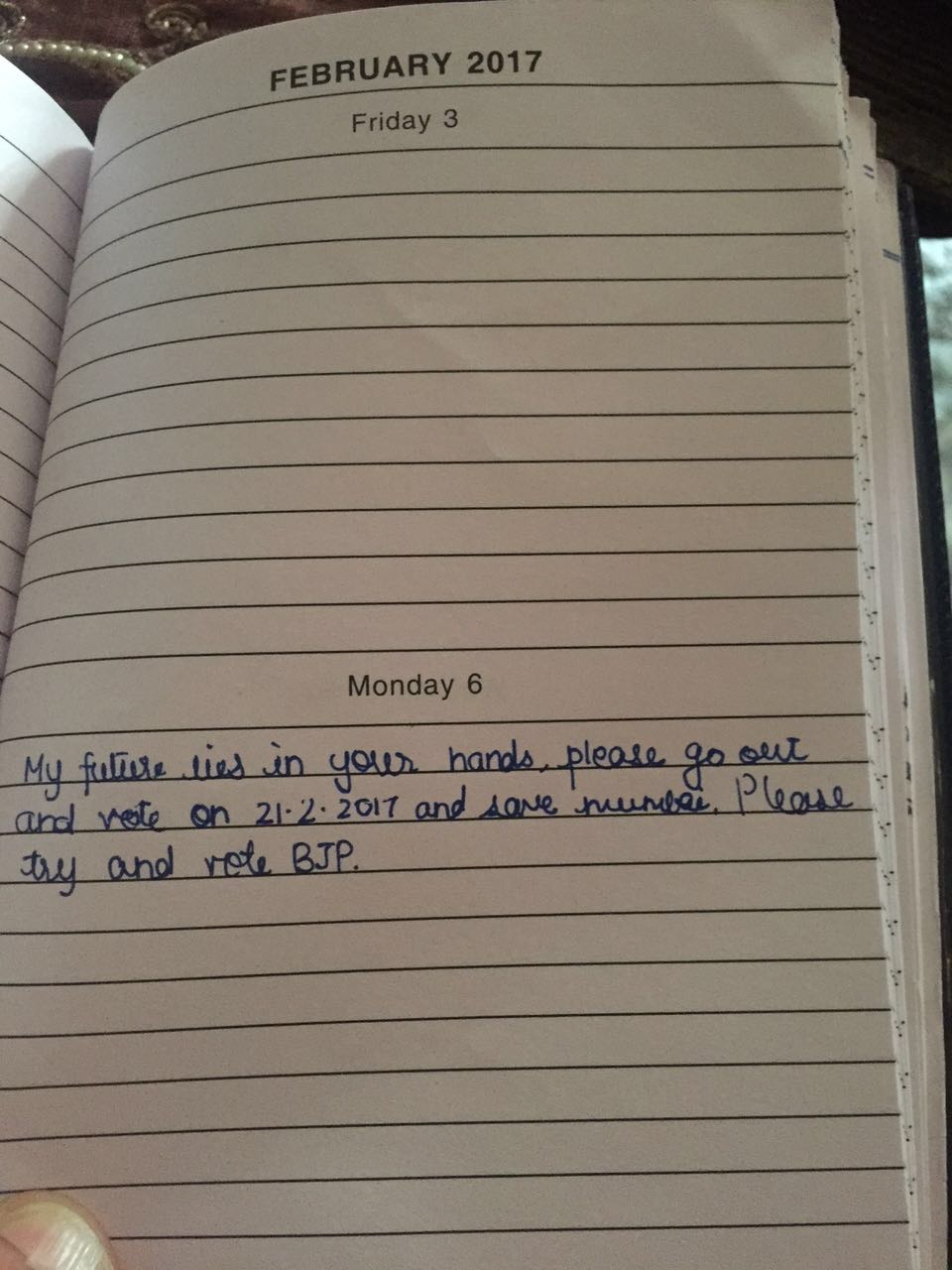 The school calendar page where the message was written

Speaking to inUth, Rahul Kanal said, “Yesterday, I saw this in friend’s daughter’s school calendar and I was in shock. Since, it was Sunday I couldn’t contact Election commision but now we have asked them to take action. When I went to election commission and they saw this, they were in shock too. First time children have been used for election and this is low for BJP to do such thing.

“This is just one school we noticed. Imagine there are hundreds of school in Mumbai where this could have happened… teaching children about voting right is fine but telling their parents to vote for a particular party is a new low by that party (BJP),” he added.

When we contacted the Principal of Bai Avabai Framji Petit High School, she denied these allegations and told inUth that the remarks were written in student’s calendar book but not what they are claiming.

The school has denied allegations but Rahul Kanal is firm on his claims and believes that the principal or school has no idea; it might be the work of a person with vested interest. BJP Mumbai President Ashish Shelar, who also happens to be the MLA of Bandra west where the school is located, was not available for any comments.