An 18-year-old girl from Mangaluru, Karnataka, has become the epitome of cool as she became the first woman in India to take up stand paddleboarding professionally. Tanvi Jagdish discovered her love for the sea when she was only nine years old and has been paddling and surfing ever since.

It started when her grandfather, who travelled all over the world, would come back with stories for the wide-eyed Tanvi, who would learn all about women paddleboarders in Maldives and Fiji. Her grandfather encouraged her to try paddling at the nearby Mantra Surf Club in Mulki. She started paddling in 2009 without informing her parents. 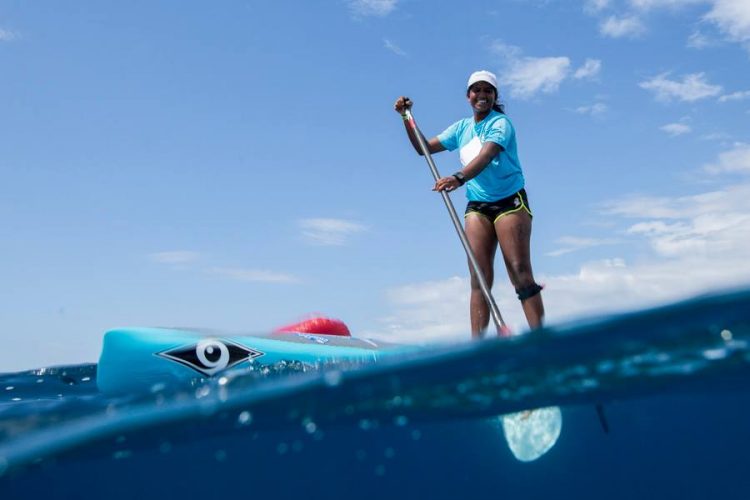 “I could not hide my tanned face after a point so I opened up to my parents about discovering surfing. My mother was scared of the ocean and it took a long time to convince her that this is what I wanted to do with my life,” she told The News Minute.

After initial reluctance, she found a support system in her parents. Now, nine years on, Tanvi has won the national championship six times and was also part of the first Indian team that took part in an international contest. 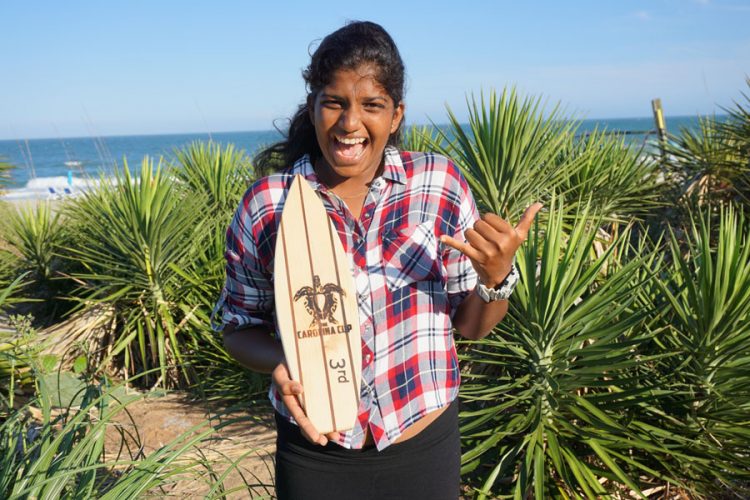 Stand-up paddleboarding or SUP is an outdoor water sports activity. The rider stands up on a surfboard and uses a paddle to move through the water without falling. According to Surfer Today, it is a subclass of paddleboarding that includes the use of arms while the rider is supposed to be kneeling, lying or standing on a narrow, long paddleboard in order to move around in the water.

Although there are not many takers for surfing in India, surf schools have been running in Goa, Kerala, Karnataka and Tamil Nadu for decades now. Recently, people have embraced adventure sports like surfing and scuba diving but it’s still considered a recreational sport instead of a professional one.