Cases of violence against dogs are being reported on a regular basis in Tamil Nadu. Last month, two men were booked in Vellore after they were caught on camera dragging down a black dog from flight of stairs, even after it collapsed. Earlier in August, a pet dog was handed a brutal death by a youth in Chennai just because it barked at him. Last year in July, a video of a man from Chennai throwing a dog off terrace shocked us to the core.

In yet another incident highlighting cruelty against animals, a final-year engineering student from Vellore was on Thursday arrested for throwing a month old puppy from terrace, which instantly resulted in the canine’s death.

The 21-year-old identified as Vishesh Iyengar, allegedly threw the puppy on October 24. Some time back, Vishesh threw another puppy off the terrace killing it too. What makes his crime more horrifying that he boasted about the killing on a WhatsApp group. “1 down, 1 more to go, DoggyTales,” Vishesh Iyengar reportedly posted in a WhatsApp group of some of his classmates, openly admitting to killing the puppy. 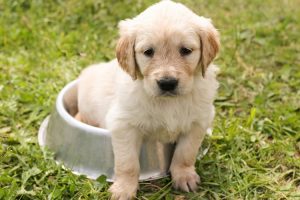 The puppy, which died on October 24, had been recently rescued by residents of Vaibhav Nagar in Katpadi . It was attacked by stray dogs, in a street and was badly bruised. But it was rescued and the resident got it vaccinated, fed it daily.

“He was a small bundle of love and in no time everyone in the house got attached to him,” said animal welfare worker Shravan Krishnan and one of its rescuers. However, On October 24, it apparently wandered into the apartment complex where Iyengar lives. He took puppy to the terrace and threw it off. The puppy died on the spot, reports Times of India.

When the accused was asked why he killed the canine, he remorselessly said “They peed on my clothes dude”.

However, what turned out to be more appalling is that the accused got away with a fine of Rs 50. Vishesh was produced before a magistrate in Vellore later. The court imposed a penalty of Rs 50 on the student and asked him to reappear after a fortnight, according to Times of India.

The latest incident underlines need of stringent provisions against animal cruelty so that offenders could not  get off lightly.

Several amendments had already been made in the Prevention of Cruelties to Animals (PCA) Act and were sent to Parliament for approval. Although the amendments were made in 2011, they are yet to get the go-ahead from Parliament, Sharavan was quoted as saying by Times of India.