Three days after the mysterious death of a BJP worker, who was found hanging from a tree in West Bengal’s Purulia with a note suggesting he was killed for ‘doing BJP Politics’, another party worker was found dead in district’s Dabha village. The victim, identified as Dulal Kumar, was found dangling from a high tension electric tower on.

Kumar had gone out on his motorcycle on Friday evening after that he went missing. His family started looking for him after he didn’t return home till late in the night.

Kumar’s family dismissed any possibility of suicide and alleged that Trinamool party workers may have killed him, NDTV reported. 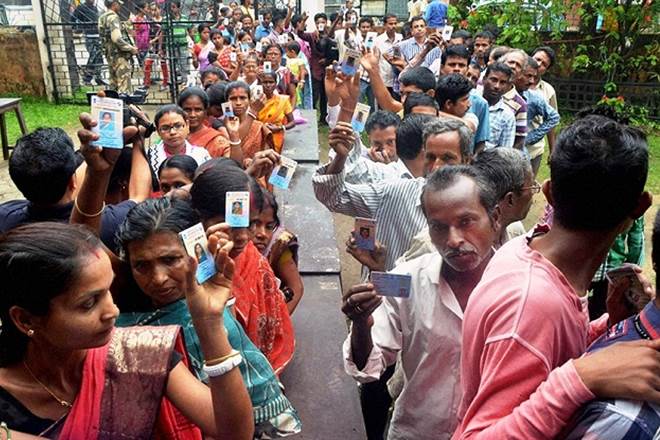 BJP claims that Kumar was an active worker in the recently-concluded panchayat elections. Credit: PTI

Leaving no room for doubt or delay, Chief minister Mamata Banerjee has asked the Crime Investigation Department (CID) to probe the case. Trinamool Congress MP and spokesperson Derek O’ Brien has also strongly condemned the killing and asked for an investigation of “all angles”.

We strongly condemn this despicable killing.All angles must be probed.The perpetrators of this heinous act must be punished. What role did Jharkhand border have to play? What elements of Bajrang Dal, Maoist or BJP involved. Let the truth be found out through proper investigation

BJP claims that Kumar had been an active worker in the recently-concluded panchayat elections. Soon after the body was found, angry party supporters allegedly refused to let the cops take Kumar’s body down. BJP leader Rahul Sinha said that “West Bengal is under jungle raj” and only a “CBI investigation will lead to anything”, NDTV reported.

On May 30, the body of Trilochan Mahato was found hanging from a tree in Balarampur area on Wednesday with a note in Bengali reading he was “punished for being associated with BJP”. District police has registered a case of murder over the Mahato incident.

The National Human Rights Commission has asked for a report from the West Bengal government in the death of Mahato. The incidents came to light weeks after the panchayat polls were concluded in West Bengal, The Hindu reported.