Angellica Aribam, National General Secretary of the NSUI, the student wing of the Congress party recently made an effort to “expose” how the Rashtriya Swayamsevak Sangh (RSS) was “infiltrating” young minds in the country. However, Angellica who is an ardent RSS critic and never refrains from slamming the Sangh’s ideology from time to time actually landed up highlighting the Sangh’s achievement this time. Without of course realising what she actually was doing.

In a bid to prove that RSS  was ‘brainwashing’ young minds,  Angellica took to Twitter to narrate a “story”. As per her posts on Twitter, this is how the story goes:

So Angellica visited a remote village in Himachal Pradesh a few years ago along with her friends and added that the roads reached the village only a few years ago. Also, the roads remain cut off from the other cities for over six months due to excessive snow.

Let me tell you a story of young minds are being infiltrated by the #RSS in the country. A month ago, I went to a remote village in HP. 1/n

Roads reached the village only a few years ago. Still remains cut off from the rest of the country for more than 6months due to snow. 2/n

She further stated that there is no mobile connectivity in the area apart from the BSNL. While stressing on how the area was and how difficult it was to reach that place, Angellica asserted that RSS has managed to start a school in that remote area. Her problem? The kids greeted her and her friends with “Vande Mataram” instead of Namaste.

At such a place where there was no mobile connectivity, except for the occasional BSNL network, #RSS managed to capture the narrative. 3/n

As my friends and I were walking, students coming out of a school. Each one of them greeted us; not with “namaste” but “Vande Mataram”. 4/n

The Congress youth leader has absolutely ignored the fact RSS has managed to reach a place where not many have and educate children.

She even points out how the parents of these kids perceive that this school was much better than the only other options available that is the government school. Absolutely oblivious that she was actually praising RSS, Angellica states that RSS has managed to reach a place and educate children in a village that is inaccessible to outsiders.

Innocent villagers send their kids to this school because it is perceived to be better than the only other option: the govt school. 6/n

Picture this: a village inaccessible to outsiders for most part of the year, but RSS already THERE moulding young brains. Tragedy. Fin.

FYI, this is the place that Angellica is probably talking about. 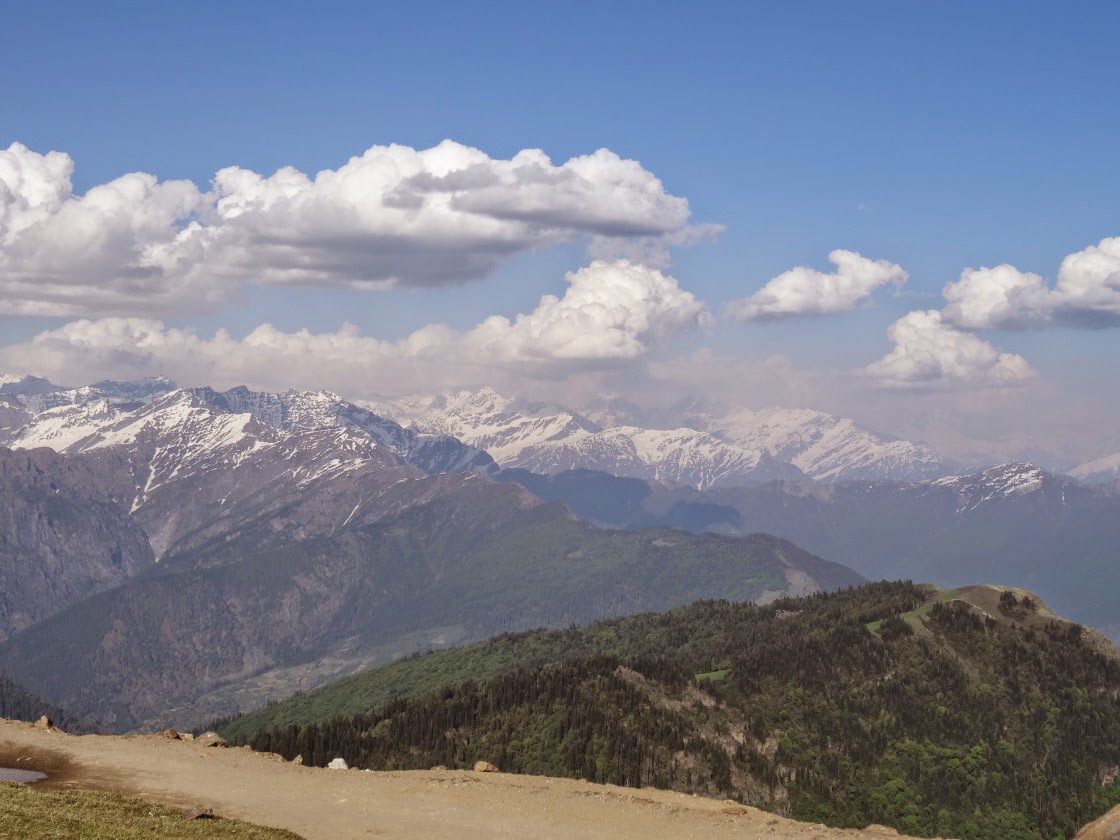 Understanding that Angellica had absolutely missed the whole point, some of the social media users hit back at her asking what was actually more important, the fact the kids were saying “Vande Mataram” or that the kids were being able to receive education in an absolutely remote place.

Don’t know what’s troubling her: the RSS running a school in a difficult terrain or children saying Vande Mataram instead of Namaste? https://t.co/SVcEShW4aV

Don’t know what’s troubling her: the RSS running a school in a difficult terrain or children saying Vande Mataram instead of Namaste? https://t.co/SVcEShW4aV

Infact you made my day by writing these tweets. I was cursing RSS that they werent doing enough for Indian culture (Hinduism) in practice

Also, the lady seemed to be upset that the kids greeted her with “Vande Mataram”. If only Angellica could explain what was actually wrong in saying Vande Mataram? Aren’t we all taught to sing Vande Mataram and the national anthem in school? Why was it so alarming for her? Cause for panic?

Moreover, ‘Vande Mataram’ literally means “I praise thee, Mother” or “I bow to thee, Mother”. Where is the sinister motive in this or an attempt to ‘mould’ young minds?

Angellica claims that the kids did not understand the connotation of their greeting and it was fed into heads as normal. Again, what exactly is abnormal in this? As long as it does not interfere with anyone’s religious beliefs, there is nothing wrong in bowing down to your motherland.

More importantly, it is irrelevant whether the kids are saying “Vande Mataram” or “Saare Jahan se Acha Hindustan Hamara,” what’s crucial is that they are being able to access education and RSS is rightly doing that according to Angellica. And that is what matters.