It’s an incident from 1943 at the Vellore jail. Ammu Swaminathan had been arrested and jailed after she participated in the Quit India movement in 1942. “One of the inmates saw a woman sanitary worker and called out to her as ‘Shudraachi’, making her ‘low caste her identity’. Annoyed, Ammu walked up to her and said ‘Yes, tell me’. The confused woman said she was calling the sanitary worker, to which Ammu replied, ‘I am a shudraachi too. Now say what do you want’.” Subhashini Ali, member of the Communist Party of India (Marxist) and the granddaughter of Ammu, remembers her feisty grandmother with great pride. “She was very conscious of the arrogance of the upper-caste and constantly tried to unsettle them by standing against it,” Ali adds. 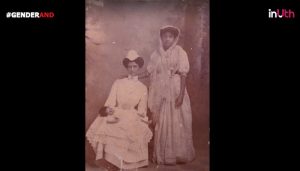 Ammukutty, as she was fondly called, was born in an upper-caste Anakkara Vadakkath family in Palghat (Palakkad) district of Kerala in 1894. She was fearless in thought and action, evident in her lifetime as social worker and politician. One of the most recollected stories about Ammu’s strong, assertive nature is when she agreed to get married at the age of 13 to Subbarama Swaminathan, a man twenty years her senior. Closely associated with her father P Govinda Menon, Swaminathan came back after his studies in England and asked to marry any of Menon’s daughters. He was informed by Ammu’s mother that Menon had died and all their daughters, except Ammu, “the youngest daughter who was like a tomboy”, had been married off. Swaminathan is said to have proposed marriage to the teenager who replied unhesitatingly that “she did not mind” but had her own conditions. These included a shift to Madras, learning English from an English woman so that she could master the language perfectly and not be asked what time she’d reach home, because “nobody asked her brothers that question”, Subhashini recollects. 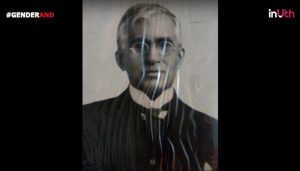 Swaminathan agreed to the conditions and the two married in 1907 in a traditional Nair Sambandam way. The Nair Sambandam system—where children did not inherit their father’s property and men were exempted from responsibilities towards their wives and children —was well accepted in the matrilineal Nair families. But Swaminathan was against it. So the barrister married Ammu again and registered their marriage in England. His Brahmin Iyer family, “boycotted” the wedding because he was marrying outside his caste.

It was around 1914, that Ammu became politically active. According to the Oxford Encyclopaedia of Women in World History, she formed the Women’s India Association in 1917 in Madras, along with Annie Besant, Margaret Cousins, Malathi Patwardhan, Mrs Dadabhoy and Mrs Ambujammal. The WIA addressed the economic issues and problems of women workers. It was one of the first associations to demand adult franchise and constitutional rights for women. She became part of the Constituent Assembly from the Madras Constituency in 1946. While Ammu would go on to vehemently oppose discriminatory caste practices in her personal and political life, her support for “equal status, adult franchise and removal of untouchability” was complete. Having been at the receiving end of the practice of child marriage herself, she fought hard for the Sarda Act or Child Marriage Restraint Act, Age of Consent Act and the various Hindu Code Bills that pushed for a reform in Hindu religious laws. 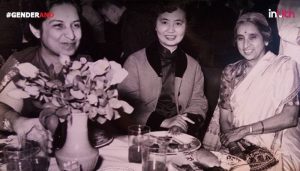 Ammu Swaminathan in China with other members of the Congress (Image Courtesy: Subhashini Ali)

In a speech during the discussion on the motion by Dr B R Ambedkar to pass the draft Constitution on November 24, 1949, an optimistic and confident Ammu said, “People outside have been saying that India did not give equal rights to her women. Now we can say that when the Indian people themselves framed their Constitution they have given rights to women equal with every other citizen of the country.” She spoke strongly for freedom of speech, association and . She said, “Hindus have always been known to be tolerant towards all religions”. Seven decades later as her granddaughter Subhashini Ali recollects the life of her grandmother to Indianexpress.com, she remarks, “Ammu would have been really sad to see how it has all turned out.”

While she continued to work at the Indian National Congress and had great respect for leaders like Jawahar Lal Nehru, she always spoke her mind. She criticised Nehru for responding when he was called ‘Pandit ji’ —an upper-caste entitlement, she believed. Nehru is believed to have explained to Ammu that he never asked anybody to refer to him as such, to which Ammu would say that since he didn’t stop people from calling him that and responded to it, he may have enjoyed it, remembers Subhashini. A strong-willed Ammu, who played an integral part in drafting the Constitution, would go on to criticise the “long and bulky volume” it became. “I always imagined a constitution and still believe, to be a small volume which one could carry in one’s purse or pocket and not a huge big volume. There was no necessity to go into so many details as has been done here,” she said. 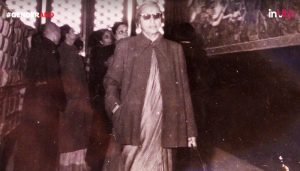 Ammu and Swaminathan together gave their children — two boys and two girls — equal opportunities to study and choose careers of their choice. Subhashini’s mother, Lakshmi Sahgal, Ammu’s second-born, would lead the Rani Jhansi regiment in the Indian National Army under Subhash Chandra Bose and practice to become a gynaecologist. The couple’s youngest, Mrinalini Sarabhai, would go on to become a dancer. The couple once came to know that their daughters were made to eat their food sitting outside on the verandah of their paternal grandparents house because they were not “Brahmin enough”. They fought against it with the hope “that regressive caste practices would die soon”. 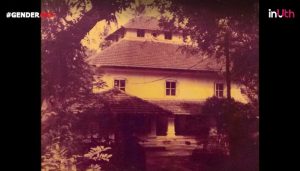 Moulded greatly by watching her resilient mother take care of her and her siblings in their father’s absence, Ammu came to strongly detest practices that involved women having to shave heads, wear white saris and break their bangles after their husbands’ death. Ammu lost her husband when she was a young mother in her thirties.

As politically charged as she was, Ammu was “social and sociable”, remembers Subhashini. Her house in Madras became a hub for lively discussions on the idea of India and freedom with the likes of Muthulakshmi Reddy, Annie Besant, K Kamraj walking in and chatting for hours there. Later on, she shifted to Delhi when she was elected to the Lok Sabha (1952) and Rajya Sabha (1954). In 1959, an avid film buff, Ammu became the Vice President of the Federation of film societies with Satyajit Ray as President. She was President of the Bharat Scouts and Guides (1960-65) and the Censor Board, at a time when the “CBFC was not as frantic as it seems now”, Ali adds. 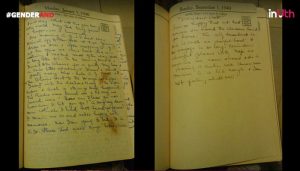 Ammu, loved to read and wrote in an elegant, cursive handwriting. There are detailed diary entries about the foreign trips she took, the “scary storms” and the one time when she was amazed “at the amount of milk a cow gave”. Subhashini describes her mother Lakshmi Sahgal as the “thorn in her (Ammu’s) flesh”. She was, however, very fond of her. “My mother stayed beside her during her last moments, before she died in 1978 in her late 80s, after the Emergency. “I have never seen a woman like her — so independent and so fierce,” says Subhashini about her grandmother.”What kind of a grand-daughter of mine are you?” she once told Subhashini scolding her for mentioning that she’d asked her husband Muzaffar Ali’s suggestion on what sari to wear for a particular occasion.

Ammu Swaminathan, during her lifetime, set a worthy example for all that she stood for and believed in.